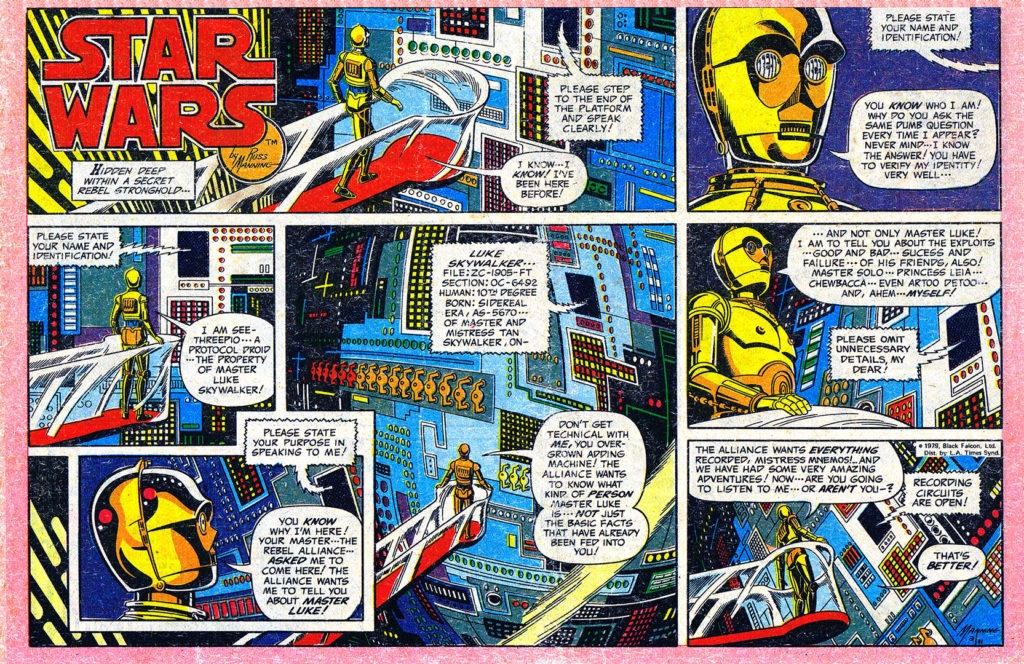 Almost all Star Wars fans who were around between 1979 and 1984 will immediately recognise the particular shade of pink bordering the above images. For nearly a full five years, every seven days the New Zealand Woman’s Weekly magazine would bring a full-colour dose of your favourite characters in exciting new adventures – some definitely well-expanded beyond the canonical Star Wars Universe, but others very closely tied into the Original Trilogy of films. The characteristic pink border, unique to the New Zealand renditions of these comic strips, meant the reader could readily skip past the less relevant articles of the Womans’ Weekly (depending on your point of view) to the serialised Star Wars goodness. 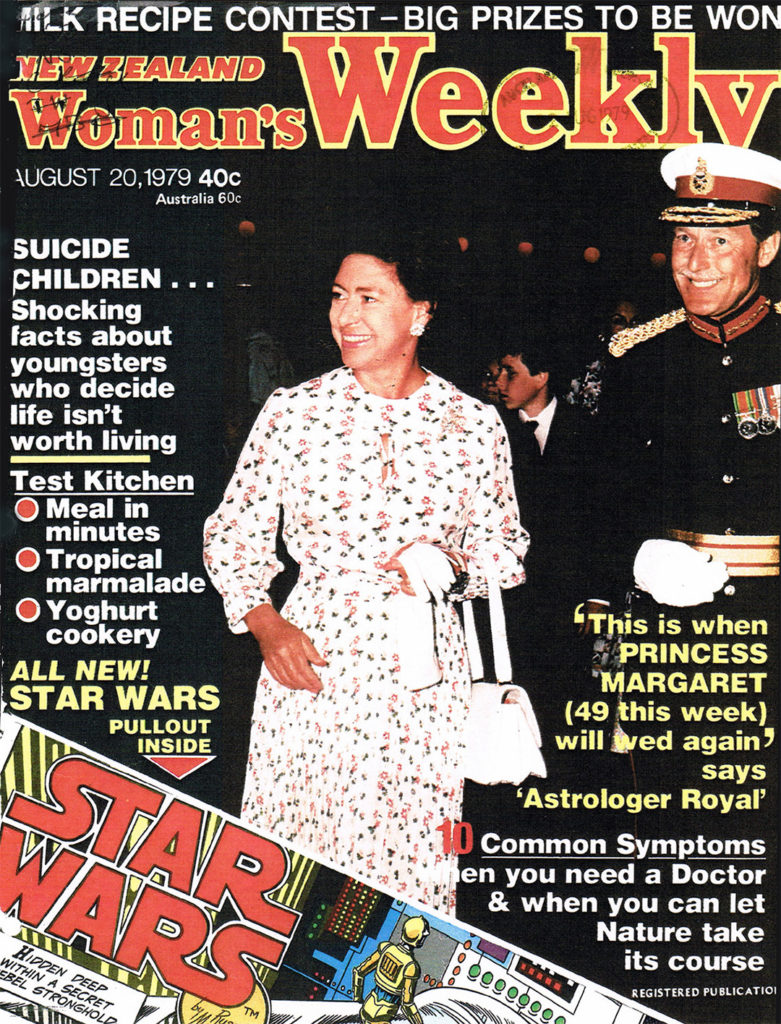 The comics themselves, reprints syndicated by the Los Angeles Times newspaper (to over 214 other publications), were developed by ‘Black Falcon Ltd’, a short-lived Lucasfilm subsidiary that was involved in Star Wars merchandising from 1978–79. In the USA newspaper editions of the comic, brief, monochrome, daily strips (Monday-Saturday) initially recounted separate stories from the full-page colour strip each Sunday – later, the Sunday comics were integrated in to the stories of the dailies (sometimes summarising the events of the preceding week). It was this Sunday edition that the Woman’s Weekly used locally (occasionally reformatted from landscape orientation to profile orientation, as compared with some US versions). All of the stories, save “Planet of Kadril” have since been republished in collections by Dark Horse Comics, albeit often reformatted and re-edited (“Planet of Kadril” has been distributed online, via StarWars.com’s Hyperspace subscription service which progressively released these historic comics as “webstrips”). Later (2017–2019), a definitive 3-volume set was released by IDW Publishing. A total of 262 pages were released via the NZWW – a full set in good shape is a therefore worthy collection piece. Keeping track of the pages and their respective dates-of-release is not a trivial task: below is a checklist that may assist those of you who have these comics in your collection. The first 75 pages were enumerated, but thereafter, to sort the order, one needs to rely on the subtly printed date-of-US-release on each page. Insufficient numbers of the pages have the New Zealand release date on them to facilitate chronological sorting by this means alone.

The earliest stories, authored and drawn by the late, great Russ Manning, see C-3PO reciting adventures to the maternal and pedantic Mistress Mnemos, a vast computer located deep within a secret Rebel stronghold (Russ Manning worked with such long-lived classics as the Tarzan comics, from the 1960s onwards, and vintage Sci-Fi heroes like “Magnus, Robot Fighter”… a pre-Star Wars favourite of mine, but that’s another story). By means of this plot device, we shift between the adventures of Han, Luke, Leia and friends, as they visit the Wookiee planet Kashyyyk (then spelled “Kazhyyyk”), return to Tatooine, and narrowly escape many, varied Imperial encounters. 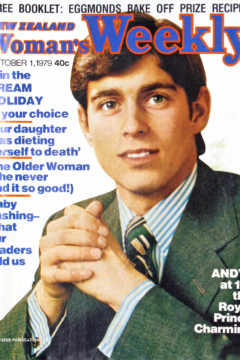 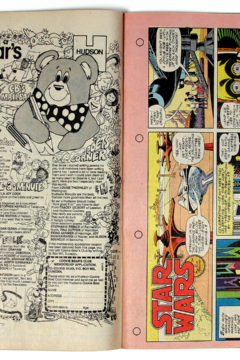 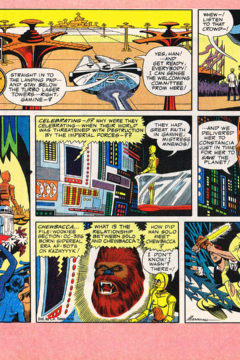 Once the comic was well established Russ Manning, who worked with the Star Wars characters and scenarios up until close to the time he passed away in 1981, a couple of further artists and writers helped out before the helm was passed to the well know duo of Archie Goodwin and Al Williamson.

Later, other memorable storylines include an adaptation of Brian Daley’s “Han Solo at Stars’ End”, Han and Luke’s brief entanglement with Boba Fett on the “Frozen World of Ota” (a story that came out at approximately the same time as The Empire Strikes Back), and an introduction to Admiral Ackbar and his Mon Calamari colleagues prior to their Return of the Jedi big-screen appearances. The selection of Hoth as a Rebel base is touched on in “Iceworld”, and “The Bounty Hunter of Ord Mantell” ties in directly to comments made by Han in The Empire Strikes Back, wherein he references his adventures on that planet.

Each installment, the text “continued next week” reassured us that we would be seeing more of Lucas’ far away galaxy… until the fifth page (on the 4th of June, 1984) of the unusually brief story “The Final Trap”, which failed to carry that promise. Without fanfare, the Star Wars weekly comics had run their course and were quietly retired from the Woman’s Weekly. 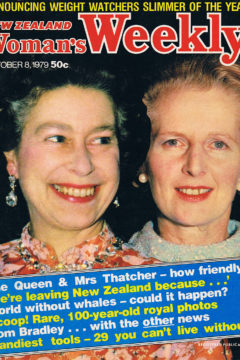 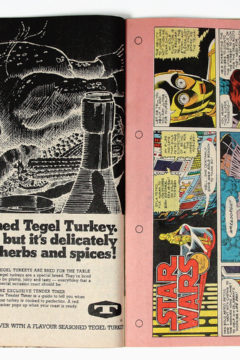 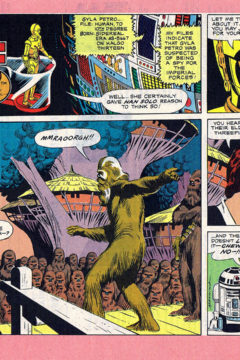 View our archive gallery of these comic strips here.

Join the discussion on this topic in the SWNZ Message Boards.

New YouTube video: the latest in our series lookin

ONE day to go! The Book of Boba Fett, starring Tem

Three days to go! The Book of Boba Fett, starring

Ep 60 of the SWNZ Podcast is out - the Star Wars podcast by kiwis, for kiwis. In this instalment we talk about Ahsoka casting news, video game updates and announcements, the fourth episode of The Book of Boba Fett, local store reports and more.Web - https://swnz.co.nz/2022/01/26/swnz-podcast-episode-060/YouTube - https://youtu.be/QzzyrlDGbYUSpotify - https://open.spotify.com/show/5QWRqN45HPN8H6oKJeNu33Amazon - https://music.amazon.com/podcasts/fc87e8c8-2fbe-47b5-b30f-a8a5b2e6d152/SWNZ-PodcastApple Podcasts - https://podcasts.apple.com/nz/podcast/swnz-podcast/id1435477345?mt=2&ls=1Android - https://subscribeonandroid.com/swnz.co.nz/feed/podcast/ ... See MoreSee Less

From the first season of The Mandalorian, this deluxe Black series 6" figure set features Din Djarin and Grogu as seen on the planet Arvala-7, where they encounter the Mudhorn in pursuit of its egg, prized by the local off-world Jawa clan. Available now at The Warehouse, or online including via The Market (affiliate link): https://t.cfjump.com/26631/t/… ... See MoreSee Less

New from New Zealand Mint is this 1oz silver coin based on Grogu aka Baby Yoda in his hoverpram, as seen in The Mandalorian. This legal tender coin comes in a window box, along with a certificate of authenticity. The run is limited to a mintage of 10,000 - grab yours now direct from NZ Mint (affiliate link): https://nzmint.com/products/grogu-in-pod-1oz-silver-coin/… ... See MoreSee Less