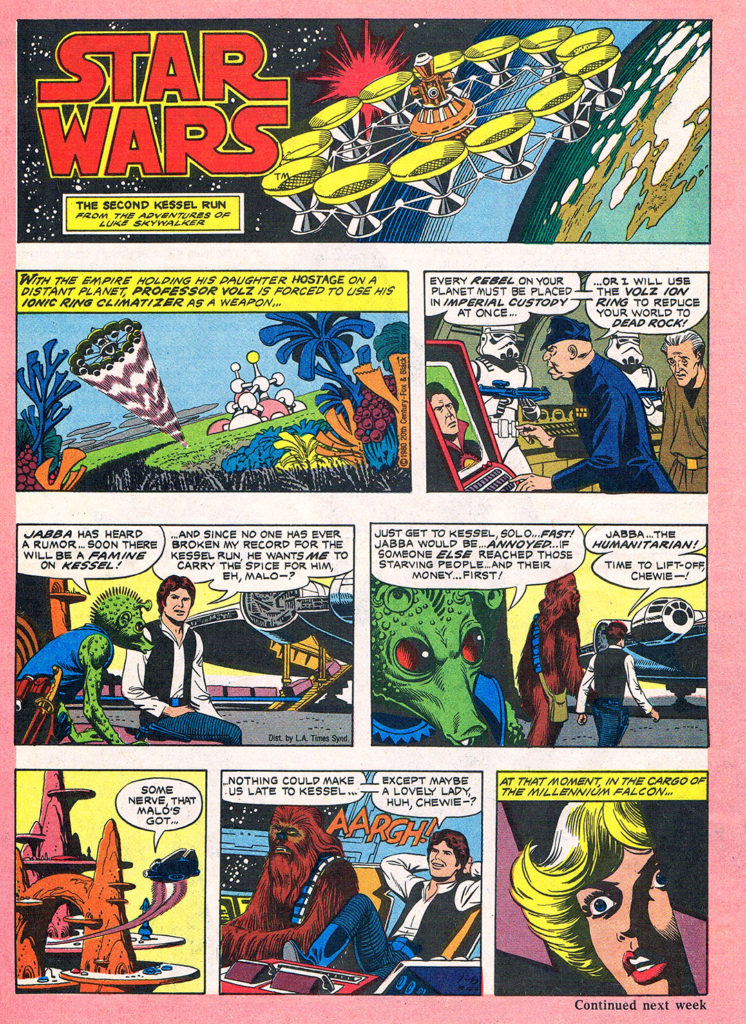 The fifth story in the New Zealand Woman’s Weekly Star Wars comic strip series (read more here) was entitled “The Second Kessel Run”. It features Han, Chewie, Luke, and the droids visiting the world of Kessel in order to thwart an Imperial superweapon. The first episode was released in the 31st March 1980 issue of the NZWW magazine, and it continued for 8 installments/issues. Because of the rarity and fragility of these comic pages, we’ve been archiving them for posterity… click through and scroll down to read The Second Kessel Run here.