NZWW Comics – Bring Me The Children 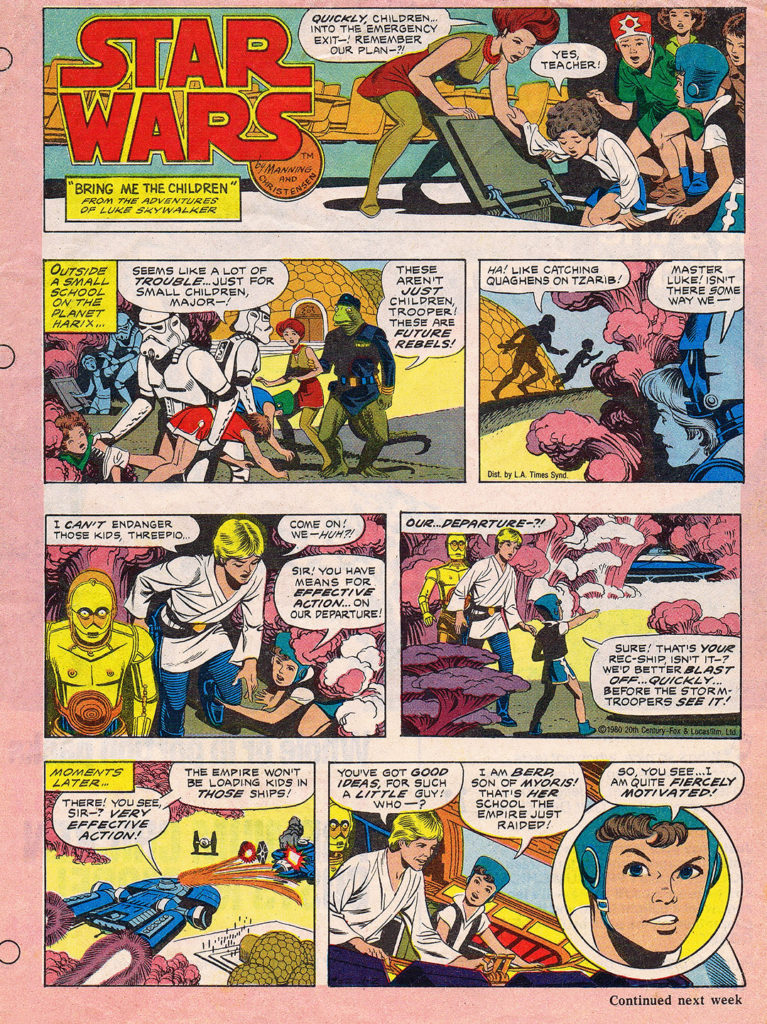 The sixth story in the New Zealand Woman’s Weekly Star Wars comic strip series (read more here) was entitled “Bring Me The Children”. It features Luke Skywalker and Han Solo getting together again to rescue citizens of Harix, including schoolchildren, from Imperial executioners. The first installment was published in the 26th May 1980 issue of the NZWW magazine, and it continued for 8 episodes/issues. Because of the rarity and fragility of these comic pages, we’ve been archiving them for posterity… click through and scroll down to read Bring Me The Children here.