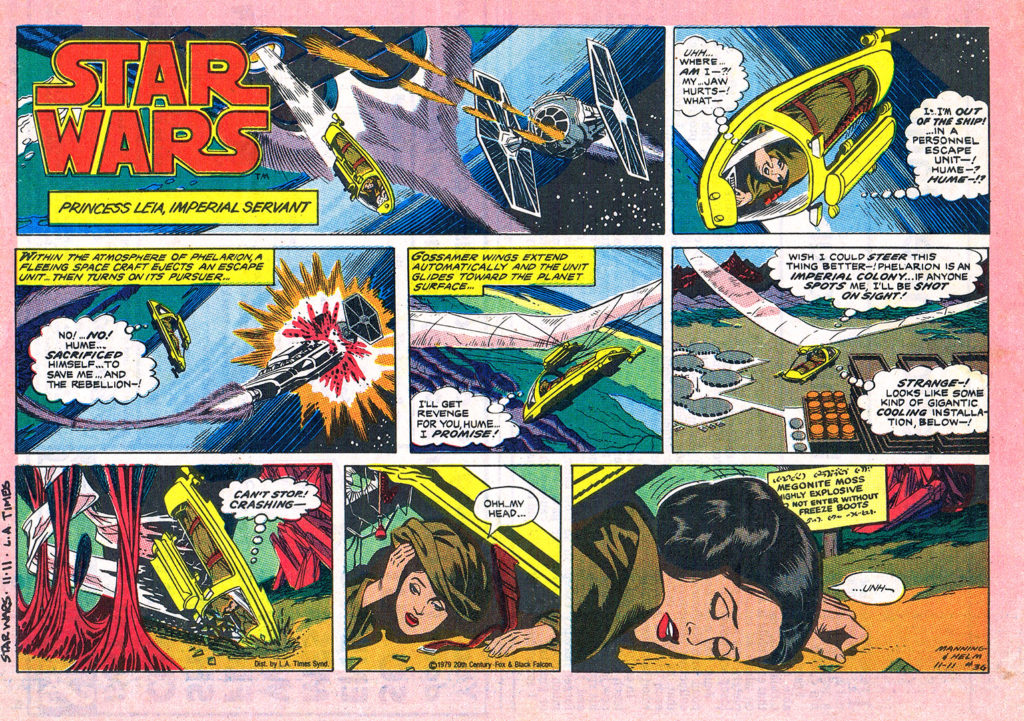 The fourth story in the New Zealand Woman’s Weekly Star Wars comic strip series (read more here) was “Princess Leia, Imperial Servant”. It features Princess Leia stranded on a mining planet, where she encounters Lady Tarkin, the widow of Grand Moff Tarkin, and even comes face to face with Darth Vader. The first episode was released in the 4 February 1980 issue of the NZWW magazine, and it continued for 8 installments/issues. Because of the rarity and fragility of these comic pages, we’ve been archiving them for posterity… click through and scroll down to read Princess Leia, Imperial Servant here.