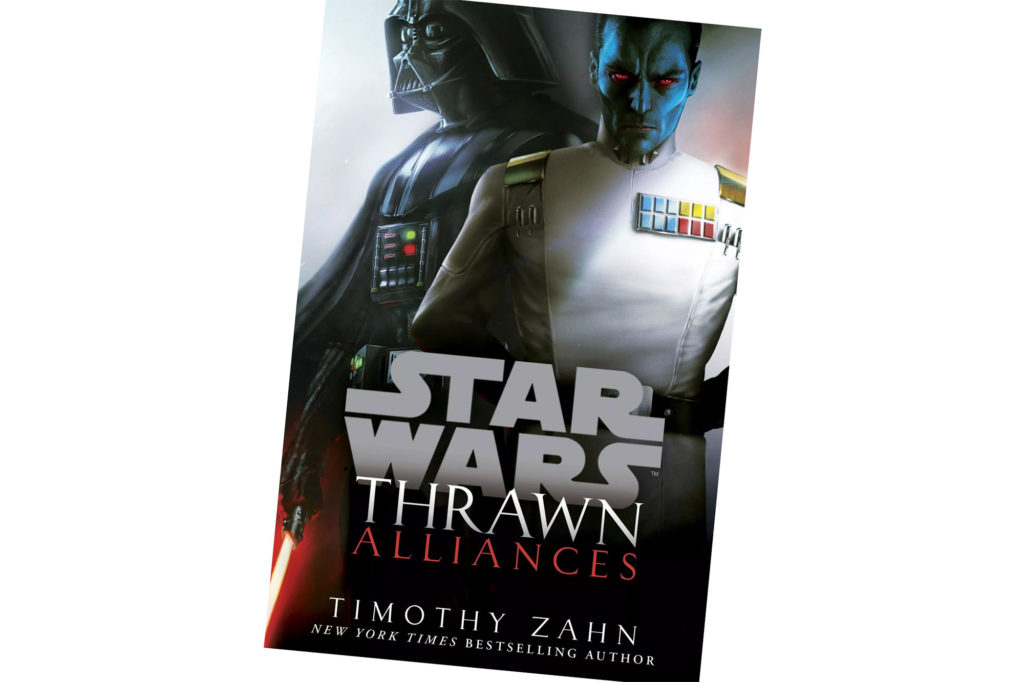 The anticipated sequel to Timothy Zahn’s 2017 Thrawn novel, Thrawn: Alliances, is out now in hardback, with paperback versions shipping next week.

Book Depository has the different versions listed at great prices, and with free shipping to New Zealand.

Grand Admiral Thrawn and Darth Vader team up against a threat to the Empire in this thrilling novel from bestselling author Timothy Zahn.

“I have sensed a disturbance in the Force.”

Ominous words under any circumstances, but all the more so when uttered by Emperor Palpatine. On Batuu, at the edges of the Unknown Regions, a threat to the Empire is taking root-its existence little more than a glimmer, its consequences as yet unknowable. But it is troubling enough to the Imperial leader to warrant investigation by his most powerful agents: ruthless enforcer Lord Darth Vader and brilliant strategist Grand Admiral Thrawn. Fierce rivals for the emperor’s favor, and outspoken adversaries on Imperial affairs-including the Death Star project-the formidable pair seem unlikely partners for such a crucial mission. But the Emperor knows it’s not the first time Vader and Thrawn have joined forces. And there’s more behind his royal command than either man suspects.

In what seems like a lifetime ago, General Anakin Skywalker of the Galactic Republic, and Commander Mitth’raw’nuruodo, officer of the Chiss Ascendancy, crossed paths for the first time. One on a desperate personal quest, the other with motives unknown . . . and undisclosed. But facing a gauntlet of dangers on a far-flung world, they forged an uneasy alliance-neither remotely aware of what their futures held in store.

Now, thrust together once more, they find themselves bound again for the planet where they once fought side by side. There they will be doubly challenged-by a test of their allegiance to the Empire . . . and an enemy that threatens even their combined might.

Countdown supermarkets have a new line-up of Hallm

In a new video on the SWNZ YouTube channel we take

Did you know... Bing Harris Sargood was a New Zeal

ICYMI - the SWNZ Podcast has moved its weekly rele

Three Boba Fetts and a Captain Typho at Star Wars

The Imperial Senate Guard from Star Wars: The Force Unleashed is the latest Black Series 6" action figure in Gaming Great collection. In New Zealand, this figure is exclusively available from EB Games. It is due to ship in February next year - preorders are open right now... https://swnz.co.nz/2021/12/09/imperial-senate-guard-gaming-great-black-series-6-figure/ ... See MoreSee Less

It's not out until March next year, but if you are a fan of the Star Wars: Visions series on Disney+, you'll likely be keen to lock in your preorder for this deluxe Pop! Vinyl figure pack from Funko, featuring both The Ronin and his trusty astromech B5-56 (affiliate link): https://mightyape.co.nz/product/star-wars-visions-the-ronin-b5-56-pop-deluxe-figure/… ... See MoreSee Less