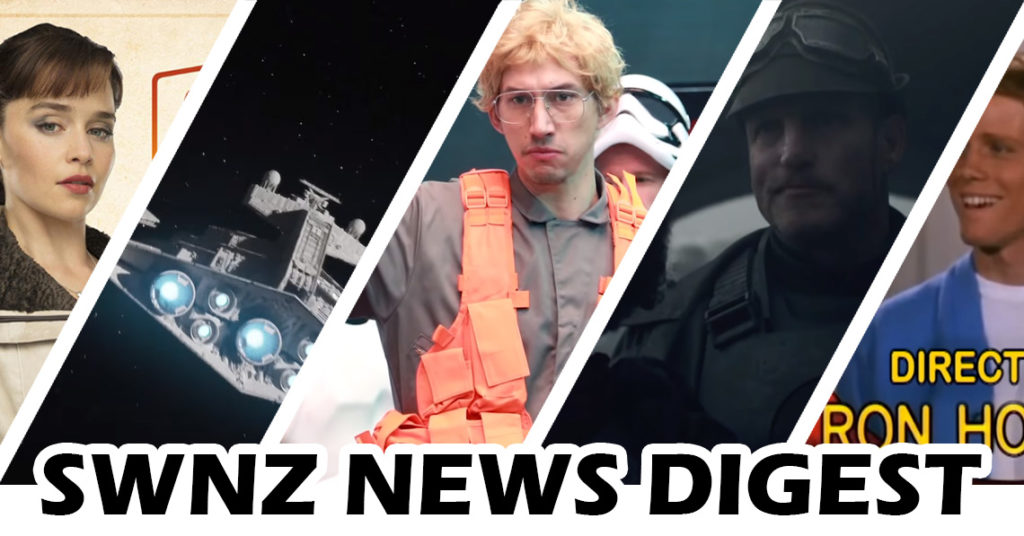 Welcome to the SWNZ News Digest, where we keep you up to date with all the recent official Star Wars news headlines and links, in case you missed them, or because they are exciting enough to re-visit. It’s been a busy week with, in particular, lots of video clips to catch up on.

The world premiere of Solo: A Star Wars Story takes place in Los Angeles on the 10th May (Friday 11th May NZT). A livestream of the red carpet event will be available on via the official Star Wars website (and, presumably, their Facebook page and YouTube channel too). The build up is looking huge… expect to see a full-size Millennium Falcon blocking the roads outside the cinemas. The livestream coverage is expected to start from midday tomorrow (Thursday) NZT. 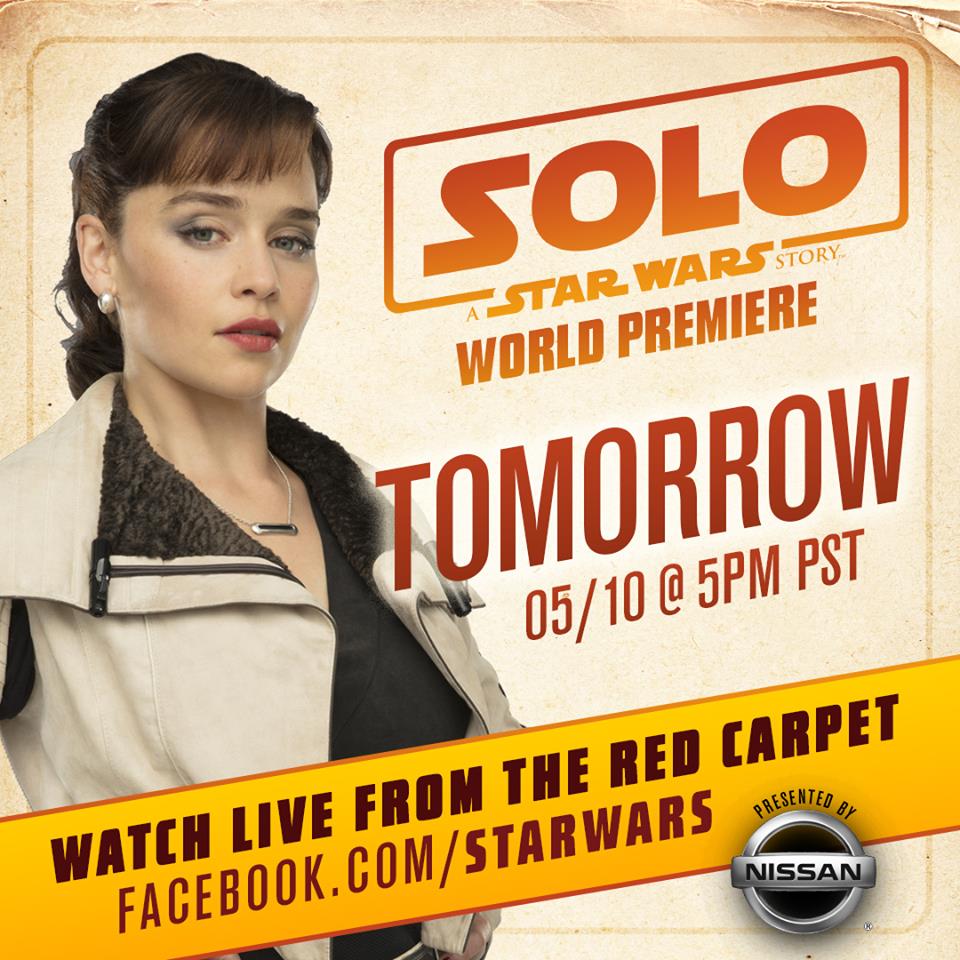 Car manufacturer Nissan has a promotional relationship with Star Wars/Solo at the moment, and they have made use of that in a couple of television advertisements. The latest one features footage (which may be specific to the advert, and not appear in the movie) showing L3-37 piloting the Millennium Falcon to escape a couple of imperial star destroyers.

Watch the commercial on the Nissan USA YouTube channel here. 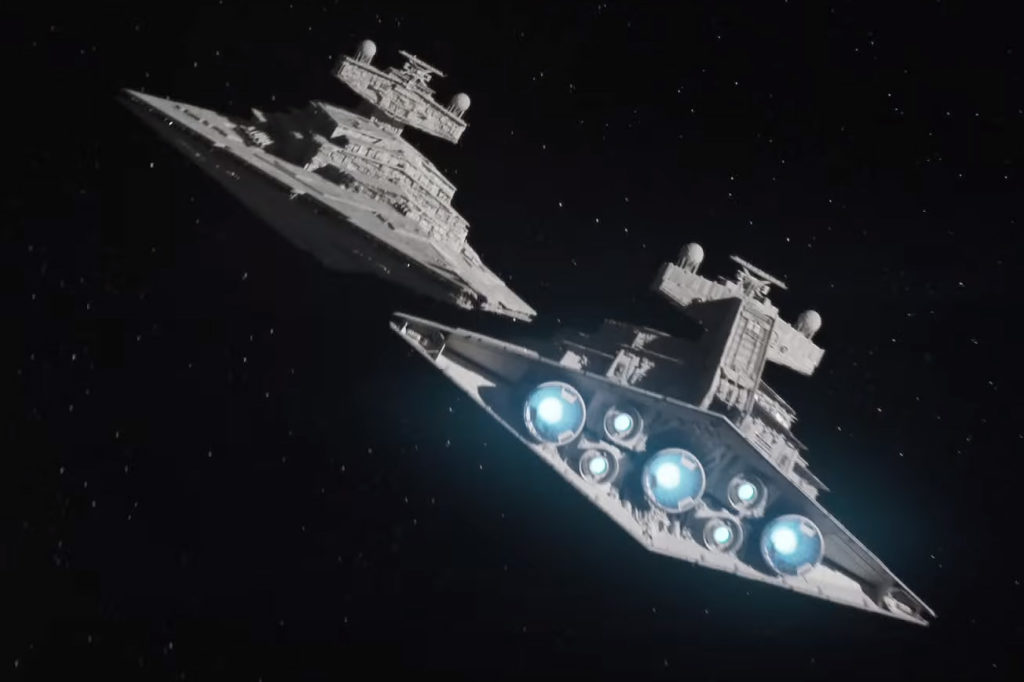 The latest instalment of The Star Wars Show features an interview with Bobby Moynihan, who will be voicing a character in the upcoming animated series Resistance. Moynihan talks about his Star Wars collection, and work on Saturday Night Live where he was involved in a number of Star Wars skits including Adam Driver’s Matt the Radar Technician. The hosts also take a look at updates to Battlefront II & the Jedi Challenges augmented reality game system, and more. 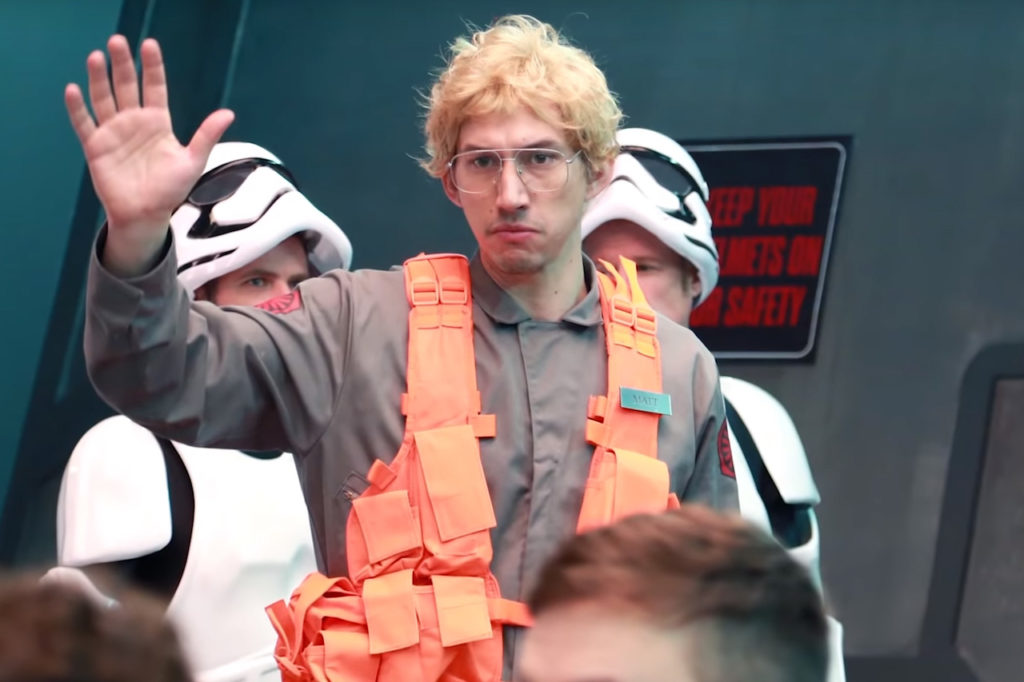 Paul Pettany (Dryden Vos) was recently interviewed on Breakfast Television Toronto, where he talks about both Star Wars and Avengers. The interview opens with a new Solo: A Star Wars Story clip (minor spoilers) featuring dialogue from Dryden Vos.

Watch the full interview and clip and on the Breakfast Television Toronto YouTube channel. 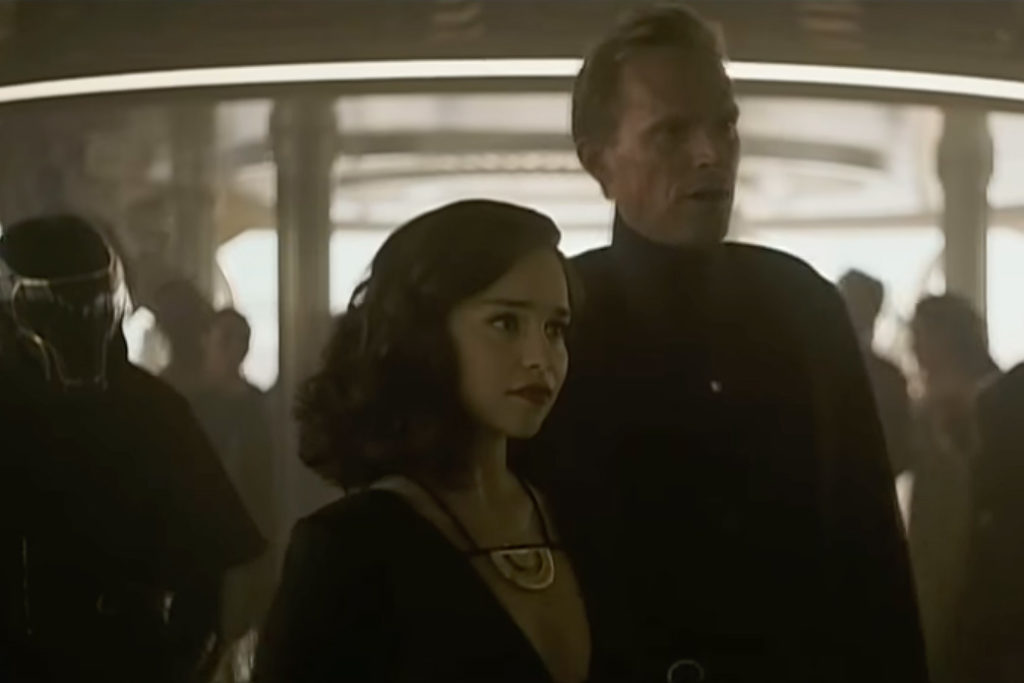 Woody Harrelson(Tobias Beckett) was recently interviewed on Jimmy Kimmel Live, where he talks about his upcoming  Star Wars role, and working with Ron Howard etc. The interview opens with a new Solo: A Star Wars Story clip (moderate spoilers) featuring dialogue from Beckett and Val.

Watch the full interview and clip and on the Jimmy Kimmel Live YouTube channel. 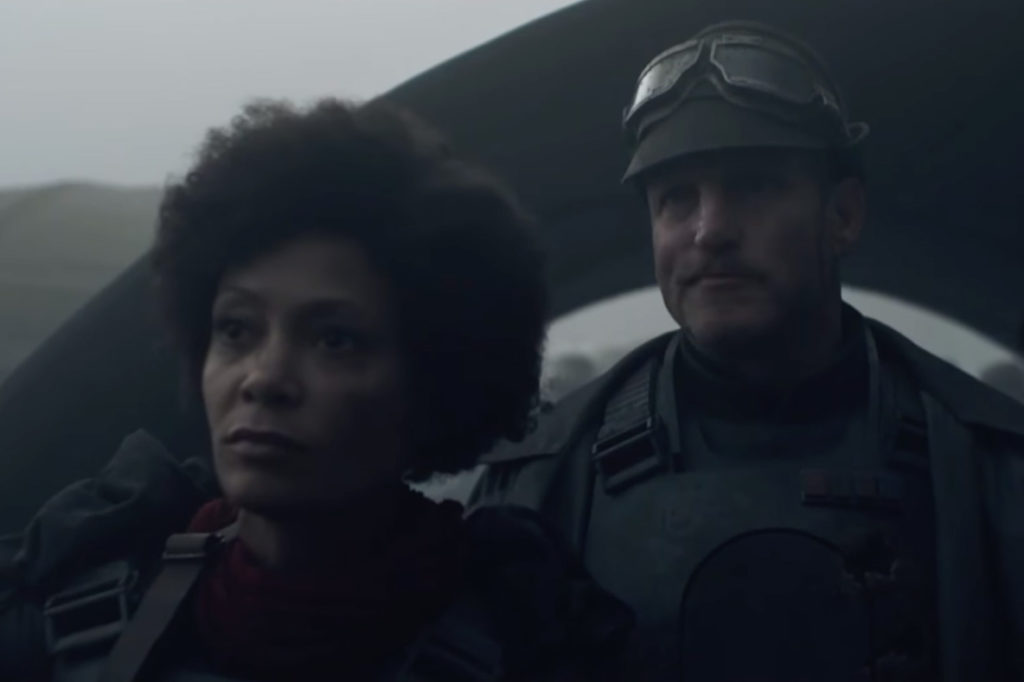 One more interview video clip… Solo director Ron Howard appeared on The Late Show with Stephen Colbert recently, where he talks about Solo: A Star Wars Story as well as his long history of working with George Lucas. The highlight kicks in just after the 7 minute mark, where Ron is presented with a re-cut of the Solo trailer, in a Happy Days-inspired style. 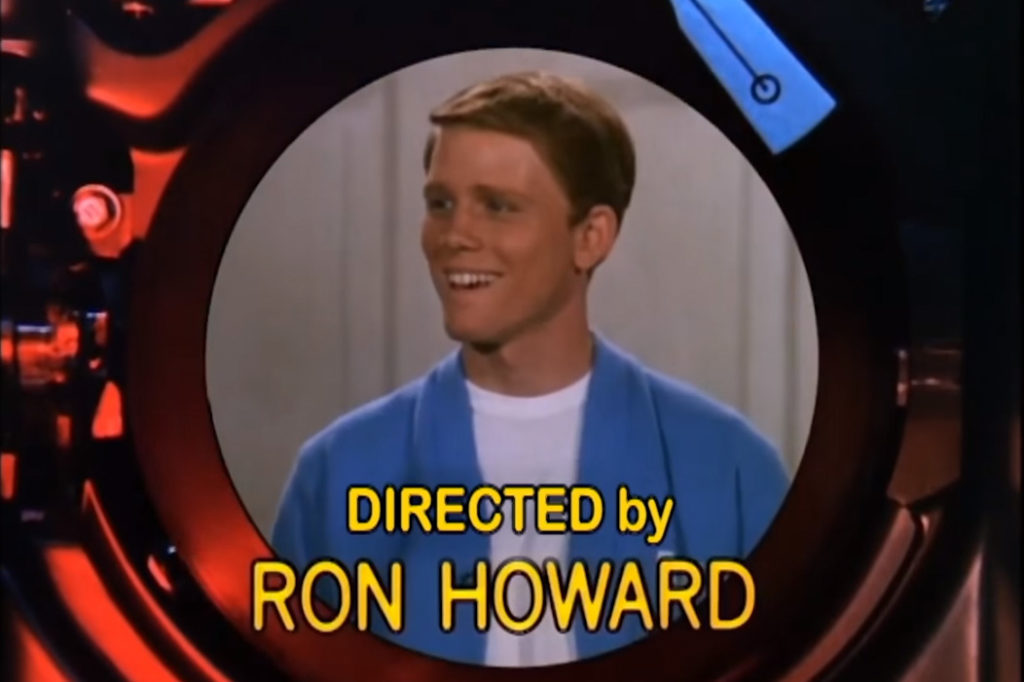 Since we last wrapped up the list of released Solo: A Star Wars Story TV Spot videos, the official Star Wars YouTube channel has been pumping out all sorts of promotion videos for that movie. Check them out from the list below:

And, to wrap it all up, the an advert for the IMAX release of Solo is available on the official IMAX YouTube channel here.

Flight of the Falcon Book Series

Arriving in the southern hemisphere Spring season will be the first in a  new series of stories, “Flight of the Falcon,” from Lucasfilm Publishing.  The books are aimed at middle school readers, ages 8-12, but will appeal to other fans too. They feature a string of adventures take us from a time just before Solo: A Star Wars Story, when Lando and L3-37 had the Millennium Falcon, through the original trilogy, and into the new trilogy, ending on the incredible world of Batuu.

Bazine Netal, the spy seen on Takodana in The Force Awakens, is on the hunt for the Falcon, and her intel leads her across the galaxy to Batuu, a remote outpost on the galaxy’s edge. In order to find the Falcon, Bazine must learn all she can about the infamous YT-1300 freighter—the ship that countless bounty hunters and Imperials have almost caught over the years.

Composer John Powell has revealed, via his Facebook page, the tracklist for Solo: A Star Wars Story’s soundtrack album! This album will be available on May 25th. 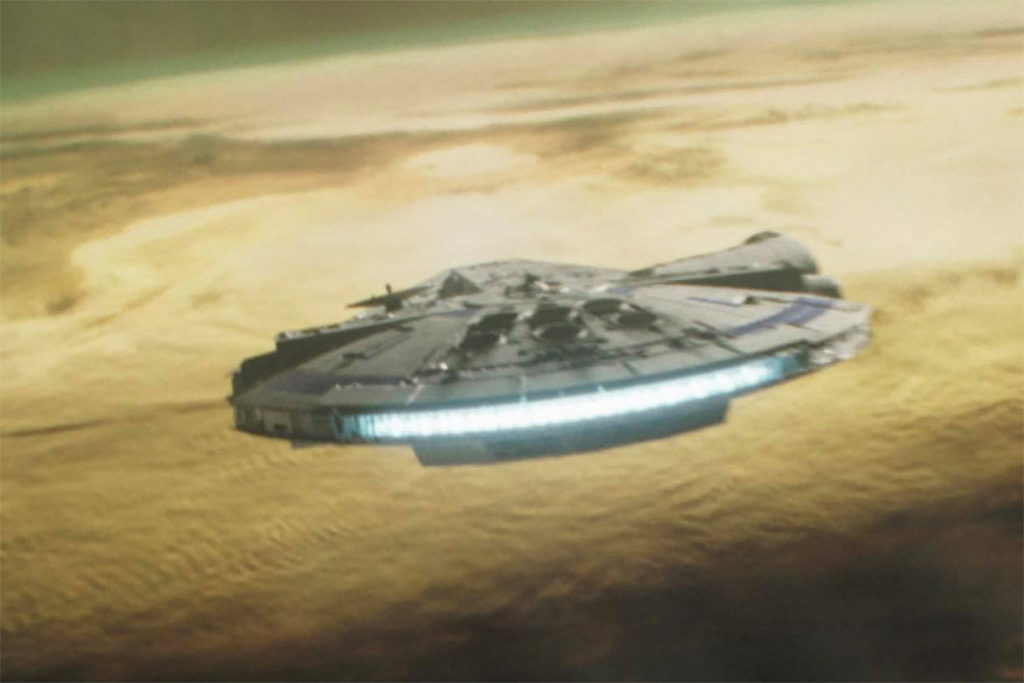 Claudia Gray’s fan-favourite novel Lost Stars has been adapted into Manga comic format. A 24-page preview is available to whet your appetite at YenPress.com.

Thane Kyrell and Ciena Ree both know this very well when they enroll in the Imperial Academy, eager to pursue their dreams. When Thane discovers the darker side of the Empire and defects to the Rebellion, the pair’s lifelong friendship will be put to the ultimate test.

The full 256-page first volume is available to purchase now through Mighty Ape.

Check out the preview at YenPress.com (don’t forget to page the preview from the left-hand side). 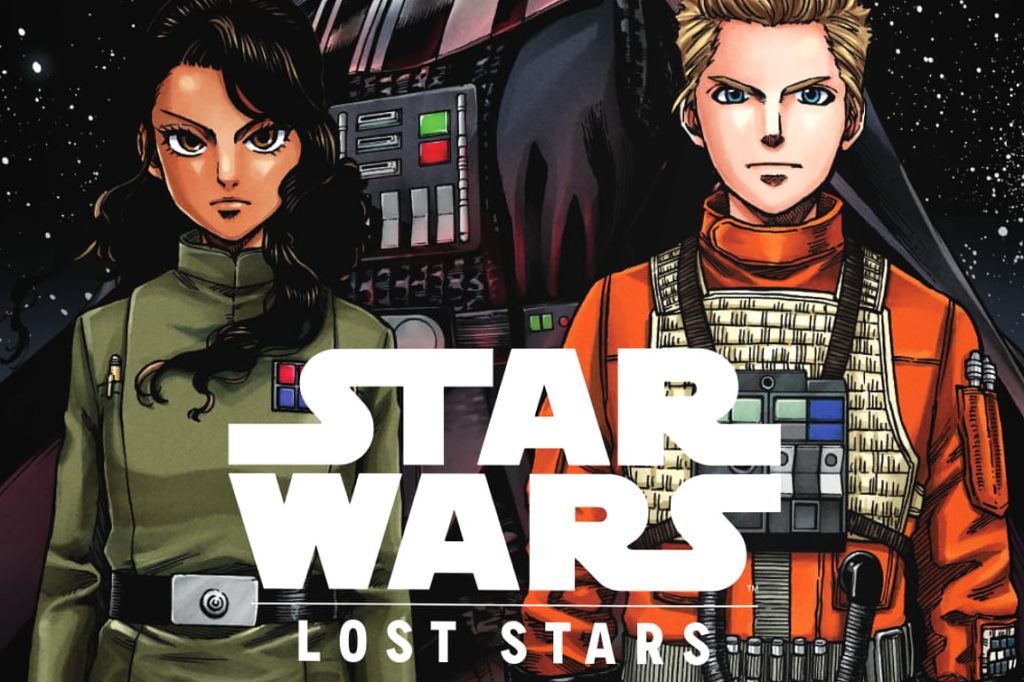