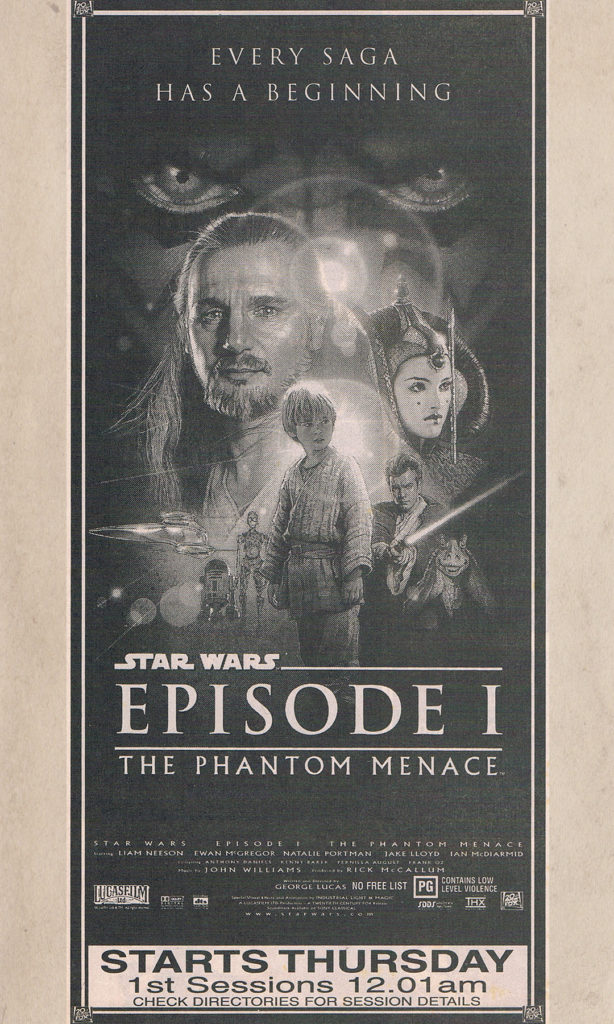 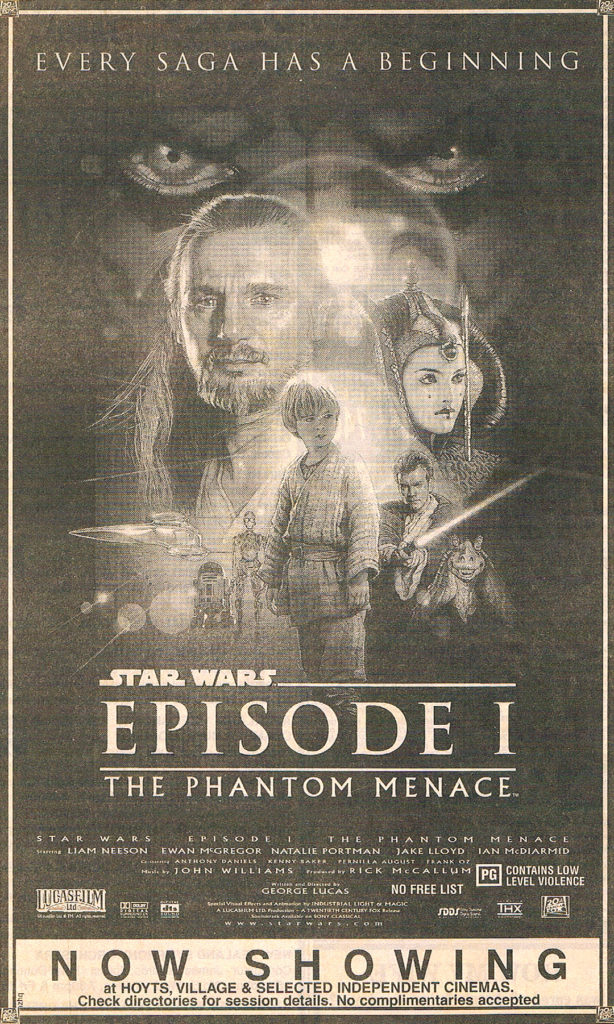 Episode 1: The Phantom Menace opened in New Zealand at 12:01am of Thursday 10th June 1999 (compared with the US, where it premiered on 16th May 1999 and opened to general audiences on 19th May 1999). Tickets were available for advance purchase, nearly a month earlier, on May 13th.

The Phantom Menace was the last Star Wars movie release where kiwis had to endure a delay beyond the screenings in the US and rest of the world. Granted, it wasn’t as bad as the 7 month lag we suffered before Star Wars came out in 1977, but it still certainly made us feel like we lived deep in the Outer Rim.

It was an era where many fans would spend money to go to unrelated movies just to see the new Star Wars prequel trailer on the big screen. Prior to the movie’s debut, the Sunday Star-Times was predicting that The Phantom Menace was “expected to sink Titanic’s NZ$12 million New Zealand box office record”. A few weeks later, the NZ Herald would go on to report on all of the box office records that Episode 1 had set and/or eclipsed. I have to admit contributing significantly to George Lucas and 20th Century Fox’s respective coffers, as I took time off work to attend and overnight screening, as well as a second helping within the first 24 hours, before settling down to a daily cadence for the rest of the first week.

When and where did you see the first prequel film? Let us know on the SWNZ Message Boards, or Facebook Discussion Group. 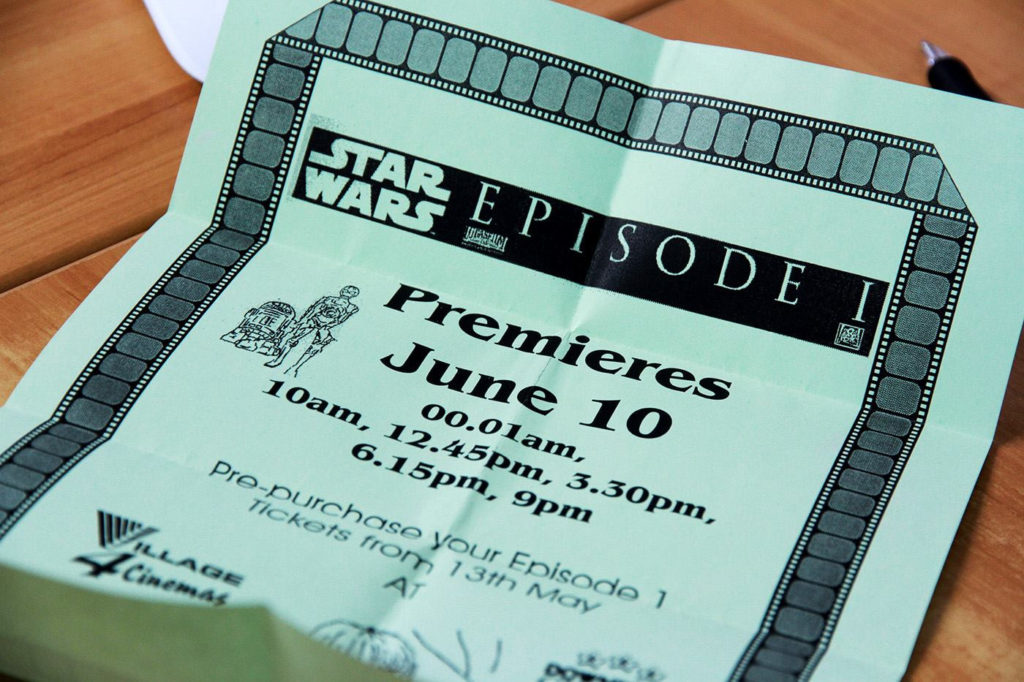 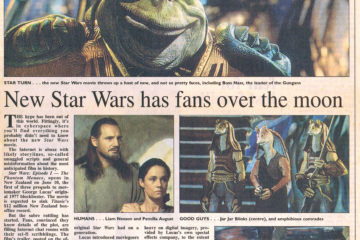 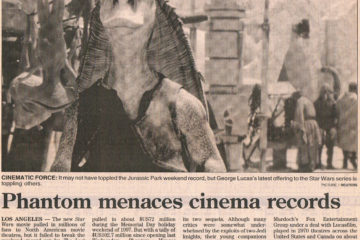 See all our other articles about NZ movie premieres, going right bag to 1977, under the Star Wars Movie Premiere tag.

Thanks to Callum for the ticket pre-purchase flier image.