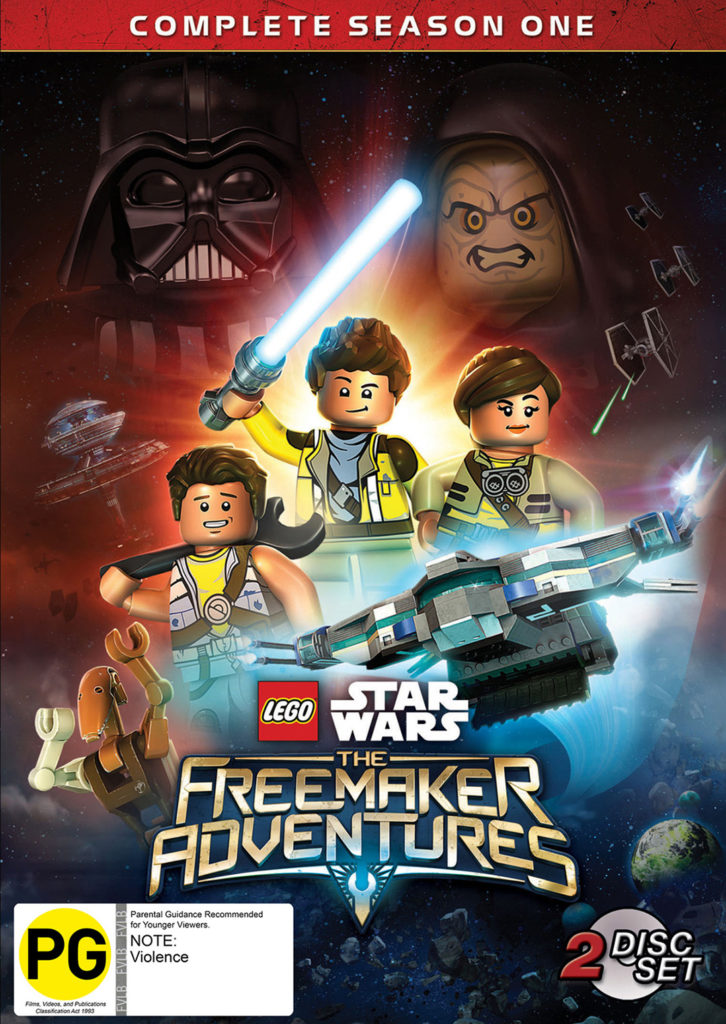 Season 1 of Lego Star Wars: The Freemaker Adventures is now out on DVD, and is available through Mighty Ape and The Warehouse:

We first took a look at The Freemaker Adventures back when it was first announced. It is a fun non-canon series that features a lot of well known hero and villain characters, and fits in to the background of the timeline between The Empire Strikes Back and Return of the Jedi.

The fun-filled adventure comedy series, set between The Empire Strikes Back and Return of the Jedi, will introduce all-new heroes and villains in exciting adventures with many familiar Star Wars characters. Told in the whimsically-charged style that audiences have come to expect from LEGO Star Wars entertainment, the series stars the Freemakers, a family of scavengers who build and sell starships from the scoured debris of space battles strewn throughout the galaxy. When their youngest discovers a natural connection with the Force through an ancient artifact—the Kyber Saber—his world is turned upside down, and he and his family are thrown into an epic struggle against the Empire to restore peace and freedom to the galaxy. Throughout their adventures, the Freemakers explore new worlds, meet new and familiar characters, and learn the true value of what it means to be a family.