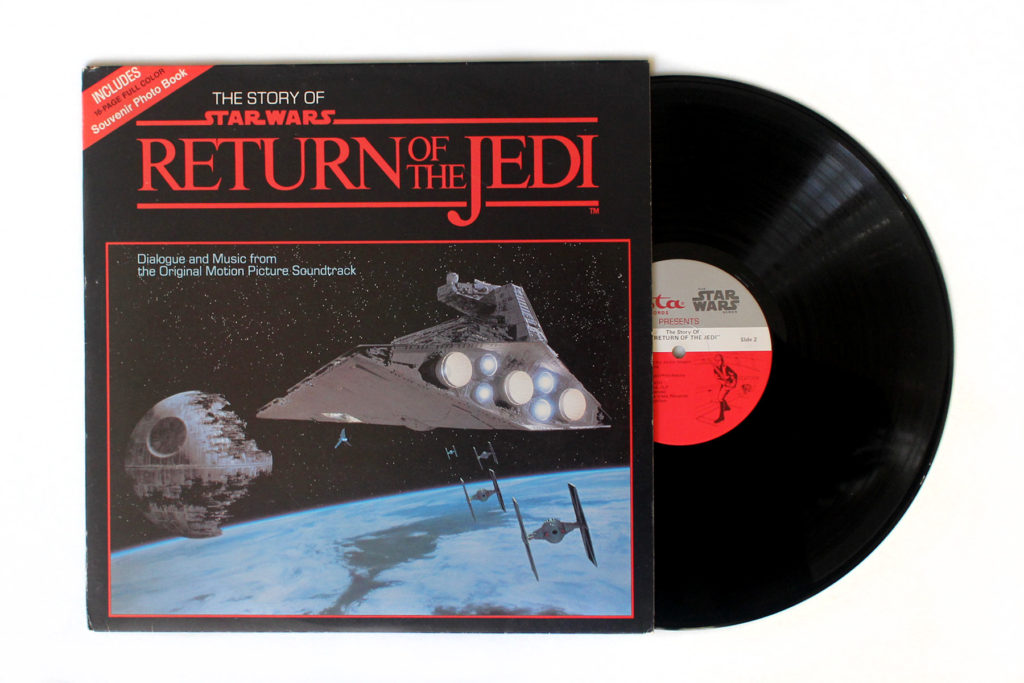 Following on from our articles on The Story of Star Wars on vinyl and The Empire Strikes Back on vinyl, it’s necessary to complete the set with a look at the third LP audio adaptation of the Original Trilogy. An array of manufacturers and distributors were involved in bringing Episodes IV through VI into the family home. Unlike its two predecessors though, it doesn’t look like the Return of the Jedi vinyl was actually pressed locally – SW and ESB had reference to the country of origin being New Zealand on the record label itself, but ROTJ only makes mention of local involvement on the album sleeve, where overprinted text informs us that this product was “Marketed and distributed by His Masters Voice (N.Z.) Limited, under licence from EMI (New Zealand) Limited.” 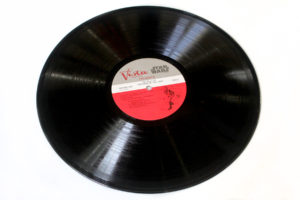 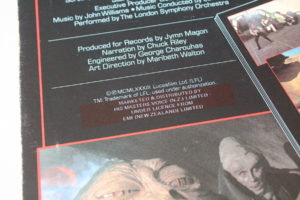 The accompanying photo book was nearly a full 12″ square, allowing for great internal images highlighting the key plot milestones as we followed along with the narration. As with the other Original Trilogy installments, the audio was a mix of dialogue, sound effects, and music straight from the movie soundtrack. The LP format abbreviated the storytelling a little to fit in to the technical capacity of the analogue system, but the production was still very immersive and well received by kids and families of the ’70s and ’80s. 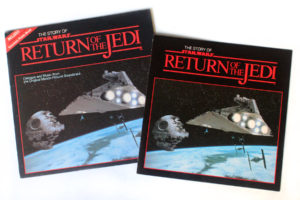 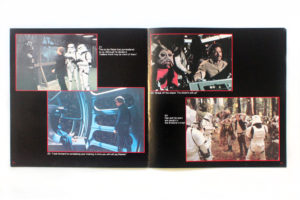 Buena Vista Records, the US company behind the original recording and production of the Story of the Return of the Jedi LP, also made the simplified Read-Along versions, available in the smaller 33-1/3 RPM record and cassette formats. 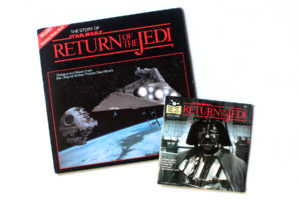 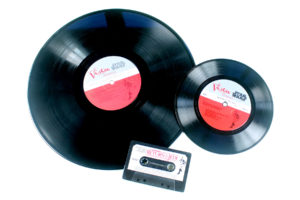 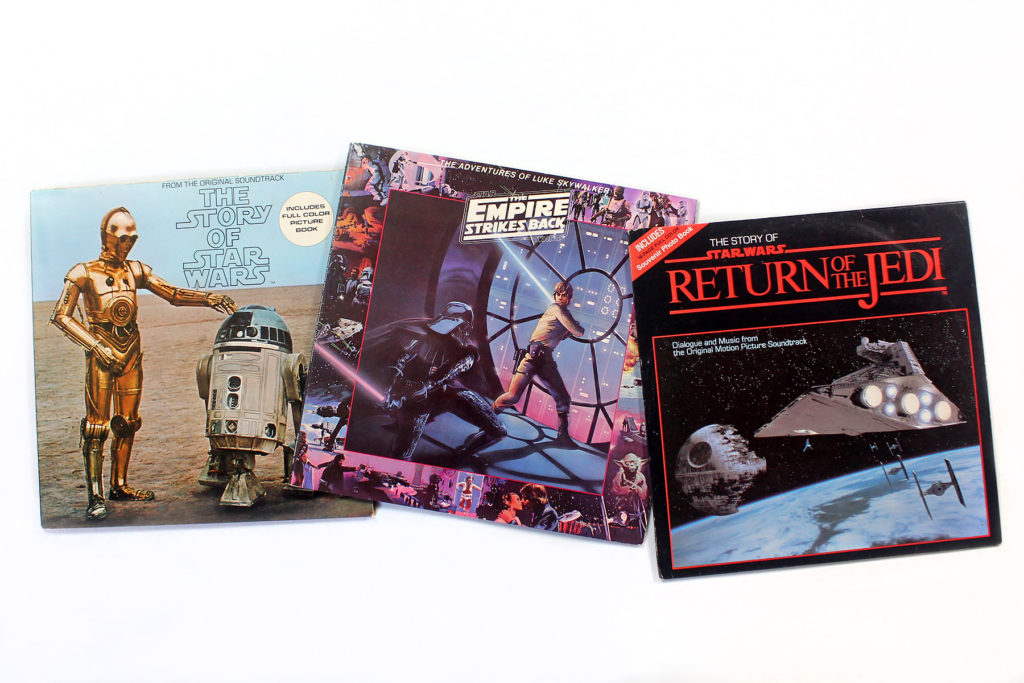