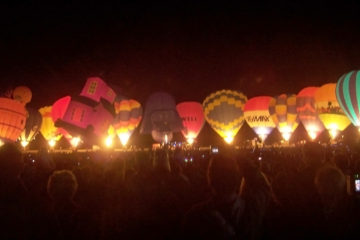 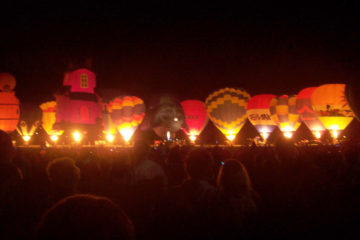 Last Saturday (12th April) saw a double Star Wars event in Hamilton. The Vader Balloon & Bodie Taylor. The basis for this Star Wars day was the ‘Night Glow’ component of the Balloons Over Waikato festival. A featured guest during this hot air balloon gathering was the over-sized Darth Vader helmet-shaped balloon, over from Belgium, that has flown at a number of events in Europe, and, more recently, in USA. The balloon is 26 metres tall, is officially approved by Lucasfilm, and was made by transforming vector models of Vader’s helmet into a giant, flight-ready representation of the Dark Side. The balloon made its first flight on March 8, 2007.

At the invitation of the Vader balloon’s pilot, Michel Lambert, members of New Zealand’s Imperial Costuming group, the Outpost-42 Garrison of the 501st Legion, attended the event to support and promote the inflatable galactic villain. A colourful collection of prequel and original trilogy characters mingled for photos, adding to the strong dark-side theme. 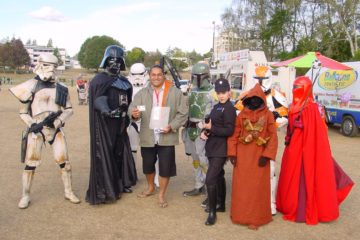 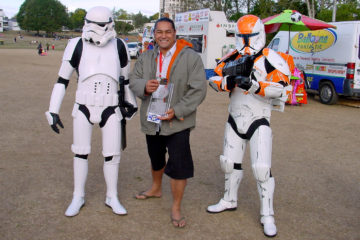 But, there was also a very important kiwi Star Wars guest in attendance as well. Actor Bodie Taylor, who played clonetroopers in both Episode 2 and Episode 3 (most famous for the dining hall crowd scene in Attack of the Clones) made an appearance in conjunction with Outpost-42, so that he could be formally inducted as an honorary 501st member. Bodie is a resident of the Waikato, and is currently working on a couple of projects involving the teaching of Māori culture and indigenous martial arts. He was presented with an honorary membership plaque, a selection of items of Outpost-42 merchandise, and a Hasbro Clonetrooper figure…to emphasise the fact that you know you’ve “made it” when there is an official toy made in your likeness. Of the figure he commented that the Hasbro sculptors did a good job with respect to accuracy, right down to his family nose.

You can read more about Bodie Taylor’s background and role in Star Wars, in the New Zealand Celebrities section of SWNZ – follow this link to read an account in his own words. 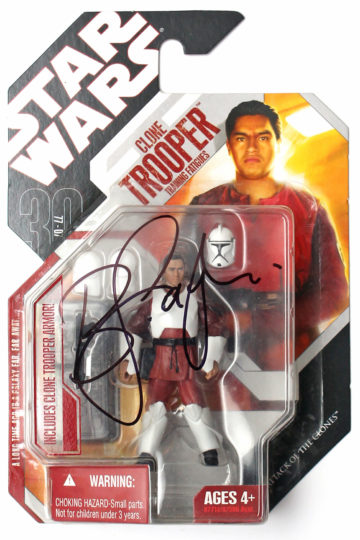 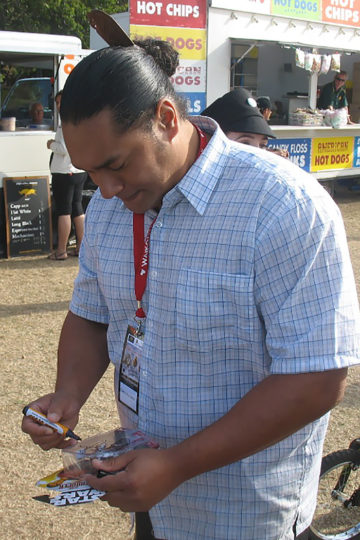 Previous: Around the Web – Original Death Star FX on YouTube
Next: Charles Ross – ‘One Man Star Wars Trilogy’ in NZ