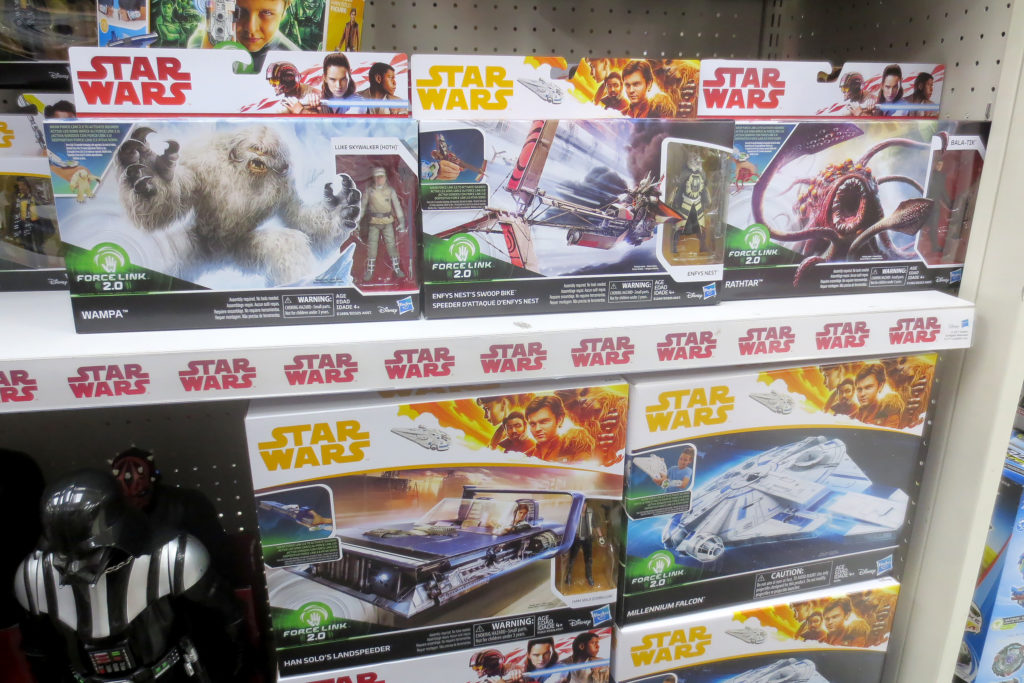 A flurry of toys from Solo: A Star Wars Story, and new The Vintage Collection figures from Hasbro, have started to hit the shelves of retailers around New Zealand.

Included in the newly available range are the first 2018 wave of TVC figures, single and double figure packs of characters from Solo, creatures (including a new Wampa, and re-packed Rathtar with ForceLink 2.0 functionality), vehicles from Solo (and a repacked A-Wing with ForceLink 2.0 functionality), and role-play items including the Hasbro Darth Vader helmet. 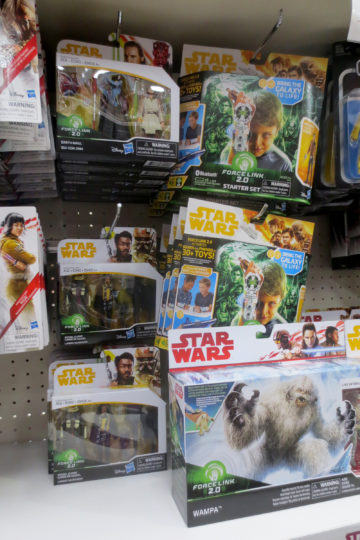 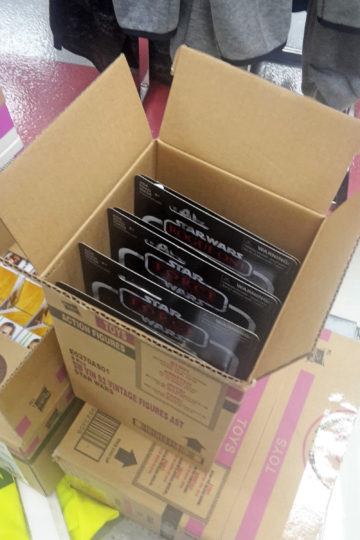 The photos on this page are from a number of stores around the North Shore of Auckland. For up-to-date reports of product availability from around the country, keep an eye on the SWNZ Facebook Group. Items have been shelved pretty promptly at branches of Farmers, and are progressively being rolled out to branches of The Warehouse (who will also be getting the latest wave of 6″ Black Series figures shortly). SWNZ affiliates Toyco have created a new landing page for all of the Solo products here. Most items are also available from Mighty Ape at this link, and Toyworld. 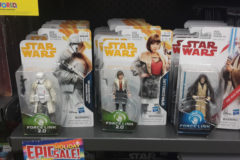 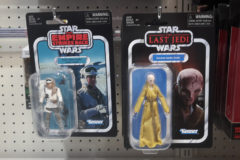 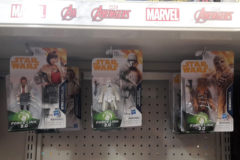 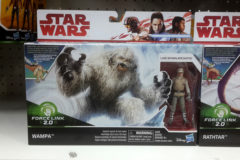 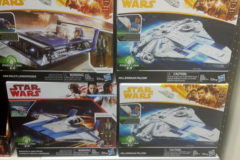 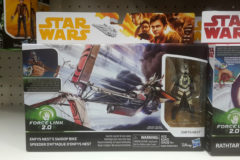 Also hitting shelves are new Solo Lego sets (we took a look at these a few days back), and soon we’ll hopefully see Funko Pop! vinyl figures and new Hot Wheels products from Mattel. Yakface.com has a good summary of the collectibles that are coming out for the Solo: A Star Wars Story movie – check out their listing here.

Stay tuned to SWNZ, as we’ll soon be taking a closer look at some of the new Solo toys, and will continue to report as further new collectibles make their way into the country. 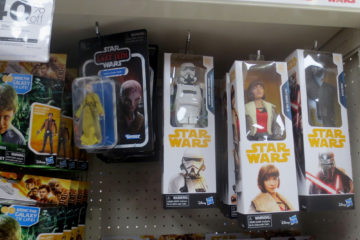 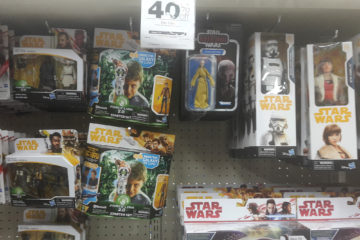 Whatever the size of your action figure collection, figure stands will help with setting up a great display. Mighty Ape have many options to choose from, with some bundles coming in at less than a dollar per stand (affiliate link): https://www.mightyape.co.nz/search?q=action%20figure%20stands&page=1&r=1755803 ... See MoreSee Less

The Vintage Collection Slave One 3.75" scale vehicle (a re-paint/re-release of the 2013 Amazon exclusive version) is coming out at Zavvi this month, and is currently reduced in price. It stands a full 20" (50cm) on the included stand, and includes Han in Carbonite, an opening cockpit, functioning landing gear, separating wings, and a ladder accessory (affiliate link): https://t.cfjump.com/26631/t/… ... See MoreSee Less

Metallic, Chrome, of Metallic Red? The Mando comes in many variants as a Pop! Vinyl figure from Funko. Check them at Mighty Ape (affiliate link): https://www.mightyape.co.nz/search?q=The%20Mandalorian%20Pop&page=1&r=1755803 ... See MoreSee Less