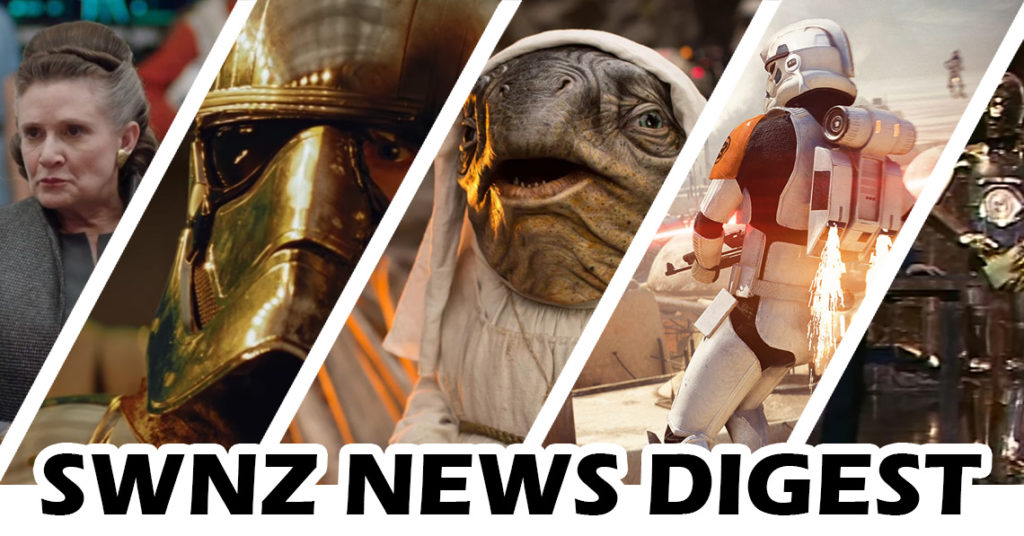 A recently released patch for EA’s Battlefront II game includes gameplay tweaks, new maps, a brand-new mode, and jetpacks. StarWars.com has interviewed DICE producer Paul Keslin to get all of the details. 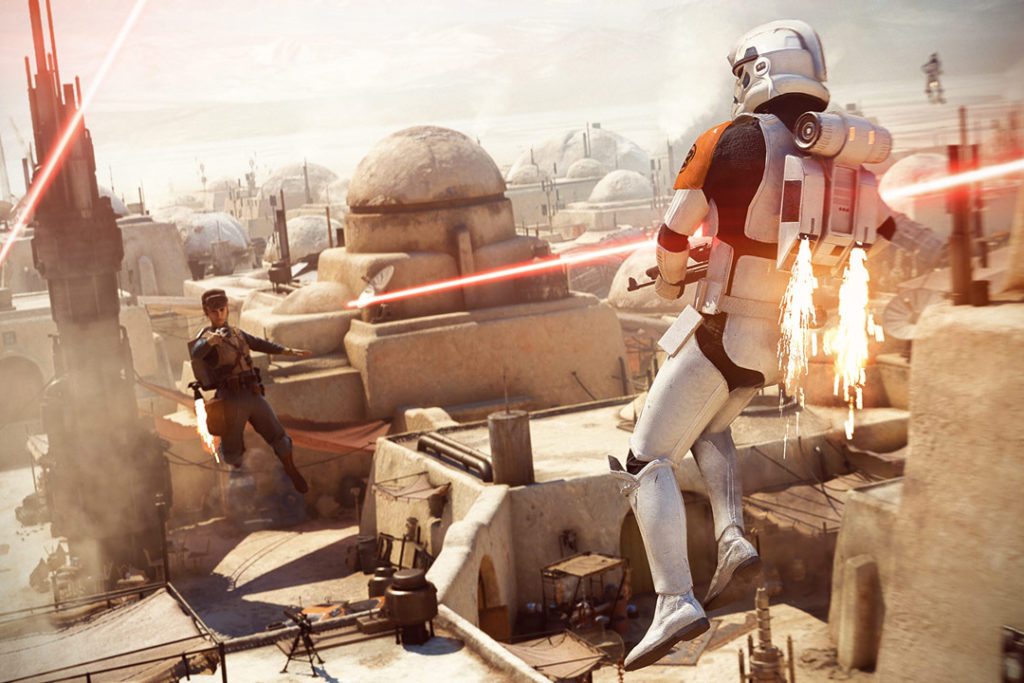 Entertainment Weekly have an online article looking at the deleted scenes that will be on the various versions of The Last Jedi on DVD and Blu-Ray. Their report includes a few images representing those never-before-seen elements of the film. Read the full article, with more exclusive screen-caps, at EW.com. 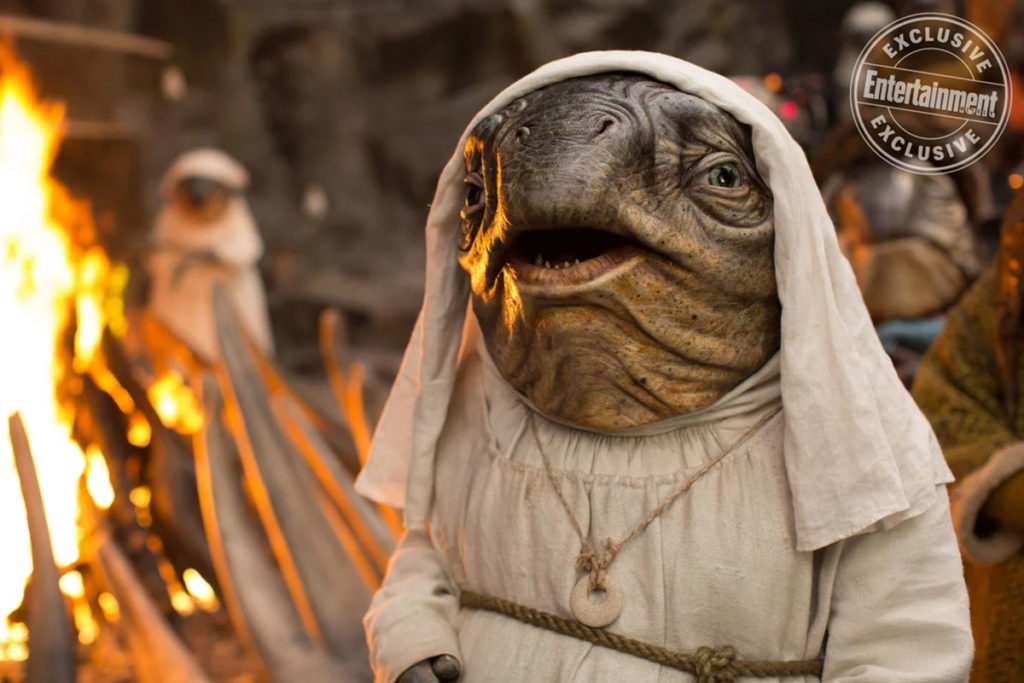 Star Wars: The Last Jedi was nominated for four Oscars (Original Score, Visual Effects, Sound Editing, Sound Mixing) in the 90th Academy Awards – alas, it did not win in these categories, but the show was still included notable Star Wars content, with Mark Hamill, Kelly Marie-Tran, Oscar Isaac, and BB-8 presenting a couple of awards.

In a great article looking back to the 1978 Academy Awards (where Star Wars: A New Hope had 10 nominations, 6 wins, and where Mark Hamill also presented), Yahoo!Entertainment takes at all of the clips from that show currently hosted on the official Oscars YouTube channel. That event included a complex choreographed musical number featuring many screen-used Star Wars costumes, that is well worth a watch. Check it all out here. 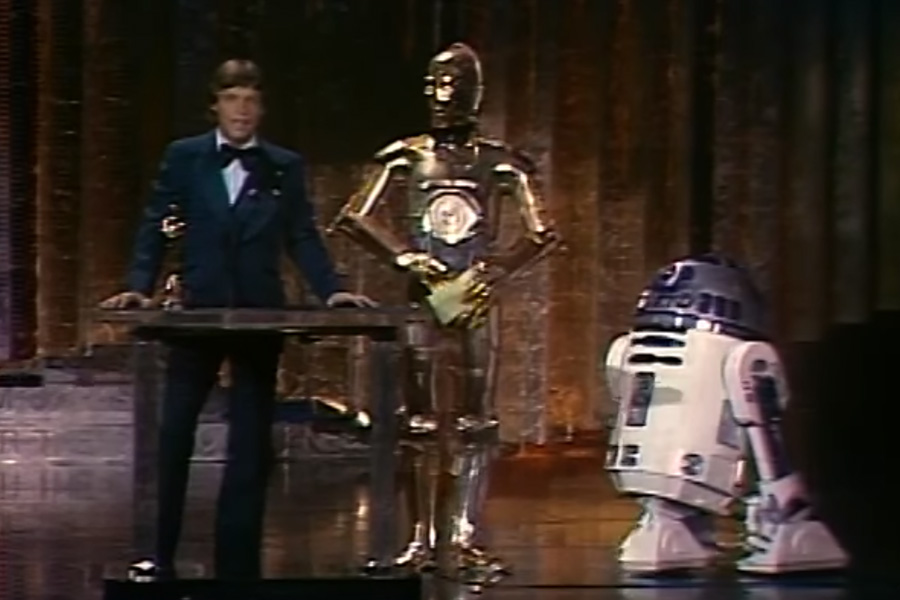 The latest episode of The Star Wars Show celebrates the finale of Star Wars: Rebels (and does happen to include a few brief scenes that some might consider spoilers), talks to comic book writer Cavan Scott about his previous and upcoming work in the IDW Publishing Star Wars Adventures comics, and includes a deleted scene from The Last Jedi that we can expect to see on the DVD/Blu-Rays when they are released in a couple of weeks. 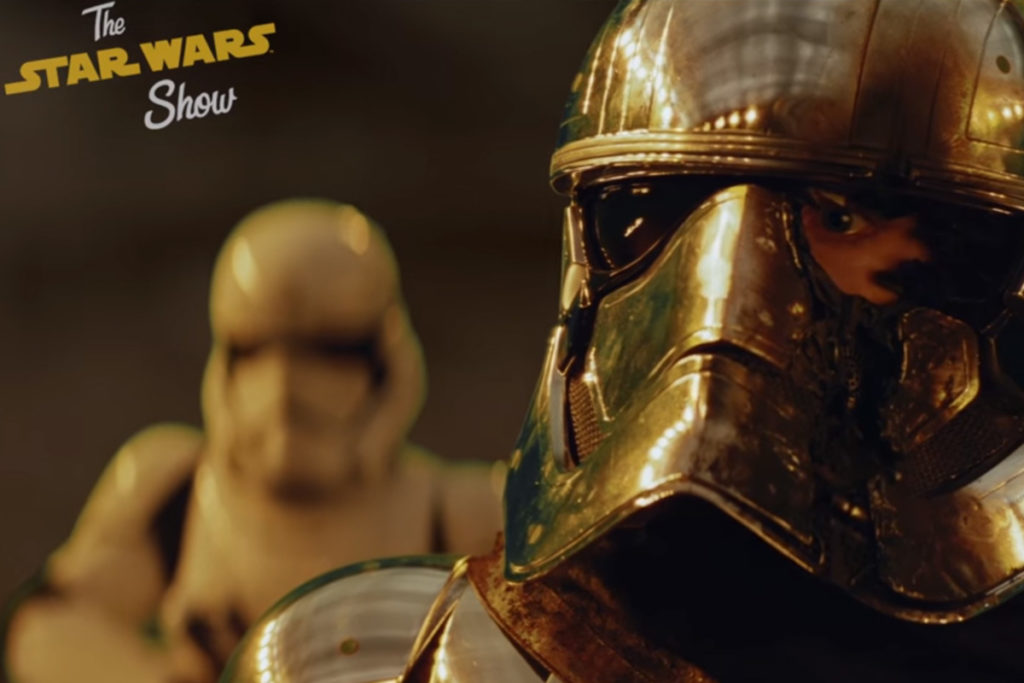 Continuing on the topic of the Rebels finale, Dave Filoni has appeared in a few articles around the web over the last week. In an interview with Animation Magazine, he hints that we might not have to wait to long to hear more details of whatever show is secretly in the works to fill the space left by Rebels – read that interview here.

We have a lot of different ways to convey stories and we choose the best mediums and we are showing no sign of slowing, so the end of one thing always means the beginning of another, and soon people will learn what that other is.

Building up to the TLJ home video release, People Magazine have released a behind-the-scenes clip, featuring, in particular, Oscar Isaac and Carrie Fisher working together in a scene with Poe on the receiving end of Leia’s frustration. You can watch the clip here.

Similarly, E!Online have added a behind-the-scenes video – “In never-before-seen footage, Rey (Ridley) harnesses the Force on the deserted island of Ahch-To, where she struggles to find the balance between the Dark and the Light.” You can watch that clip here. 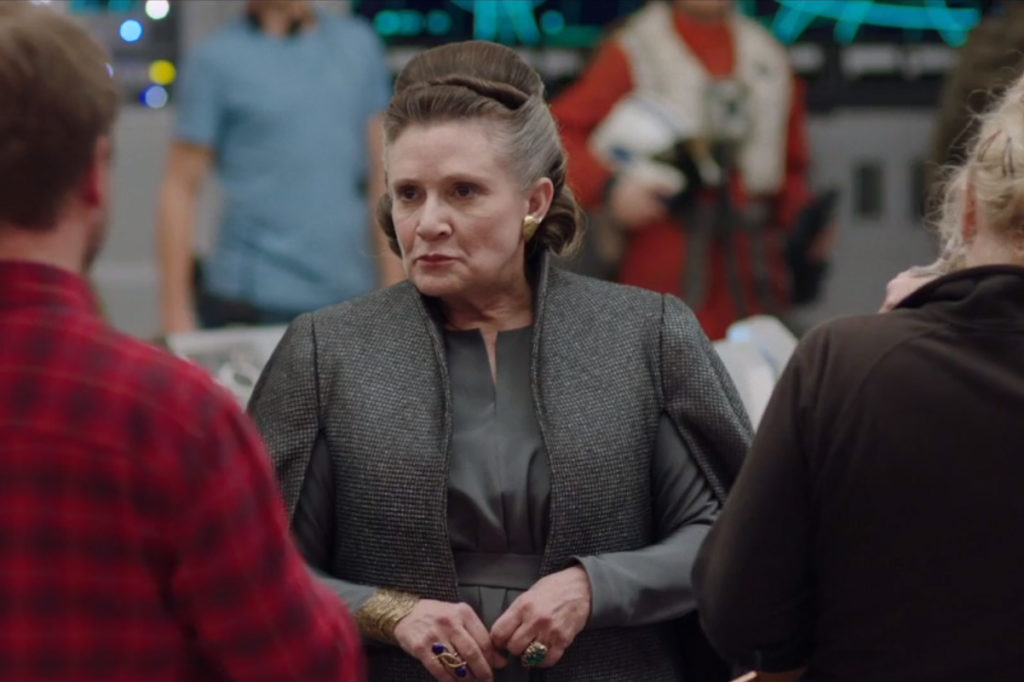