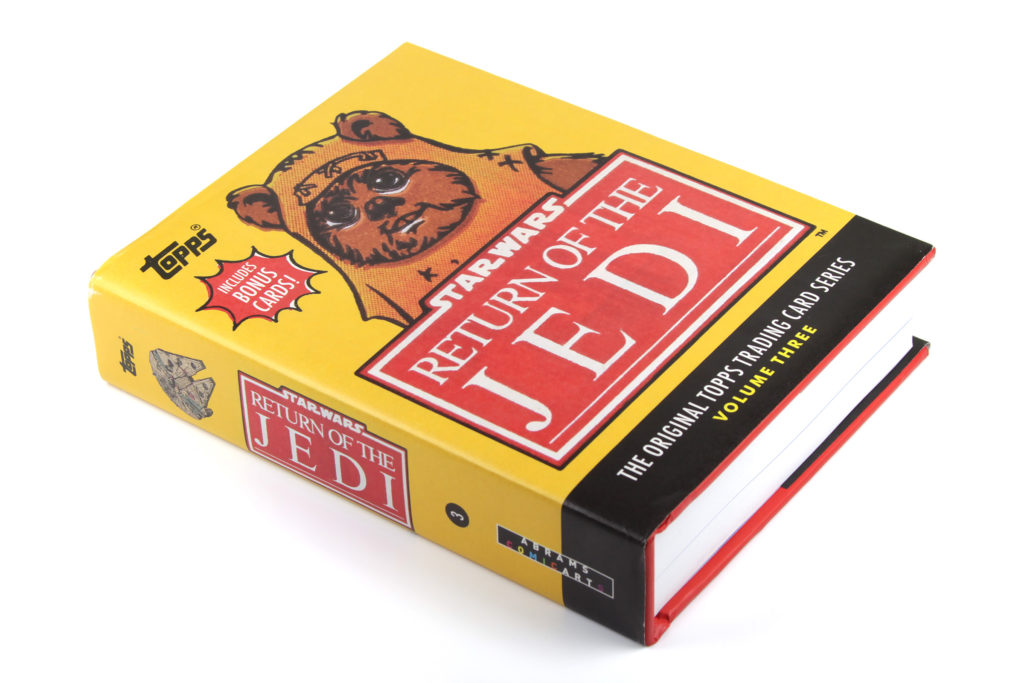 I’m personally a big fan of Topps vintage bubblegum trading cards (see SWNZ’s coverage of the New Zealand versions of these, made by Allen’s & Regina), so it was probably inevitable that I would equally appreciate The Original Topps Trading Card Series books. The third title in that series follows, unsurprisingly, the Star Wars: Return of the Jedi trading card series originally released in 1983.

Return of the Jedi: The Original Topps Trading Card Series comes in the same format as its Star Wars and Empire Strikes Back predecessors. It is a deluxe hardcover compilation, 528 pages in length, that includes (slightly) larger than life reproductions of the front and back of all 220 cards and 55 stickers. It even comes with a pack of 4 bonus trading cards, representing Topps Return of the Jedi counter box art, the title cards of both card series one and series two, and an example of the series stickers. All this adds to a hefty little book, measuring a full 40mm thick (overall dimensions: 147mm x 188mm x 40mm).

There are a few features of this book that I find particularly cool and/or clever. The slip cover is based on one of the original vintage bubblegum wrappers – not just in terms of the graphics, but it even has a waxy texture reminiscent of that nostalgic packaging. As well as containing the imagery from each of the trading cards in an easy to handle format, the commentary in the introductory chapter of the book, written by Gary Gerani (original editor of the Star Wars Topps series), recounts the build up to the release of Jedi, and the processes Topps went through to develop cards for the third Star Wars movie to hit the big screen. All packaging materials, a reproduction promotional page, and some reference to the contemporary plastic Return of the Jedi candy-filled character heads are also referenced in the book.

This is a book targeting fans who were around when the original trading cards were available at the local dairy or convenience store, but is also a fun reference for collectors of modern Topps Star Wars trading card series. As mentioned, it is the third in the series, but it is also followed by related books that look at the Galaxy series of 1993 and Widevision series of 1995. Totally worth grabbing this book if you remember collecting the red-bordered Jedi cards back in ’83, if you already have the Star Wars or Empire companion publications in your library, or even if your just one of the many Star Wars fans who has found collecting and trading any Topps cards to be a fun and affordable part of enjoying the Star Wars phenomenon. 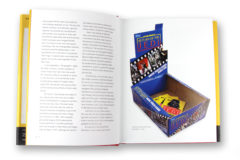 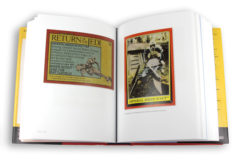 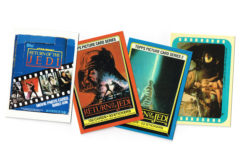 Following the success of Star Wars (1977) and The Empire Strikes Back (1980), Topps released two brand-new sets of collectable trading cards in 1983 to coincide with Return of the Jedi, the final installment of George Lucas’s original Star Wars trilogy. Now, for the first time, all 220 cards and 55 stickers are reprinted in one deluxe volume. As with the previous books in the Topps series, this collection features the fronts and backs of each card, including character profiles, story cards, movie facts, quotes, trivia and puzzles featuring all of your favourite scenes from Return of the Jedi. Also included is the Space Paintings subset featuring production illustrations by concept artist Ralph McQuarrie, four bonus trading cards, rare promotional images and an introduction and commentary by Gary Gerani, the original editor of the Star Wars Topps series.

Return of the Jedi: The Original Topps Trading Card Series 3 is available now at Mighty Ape: 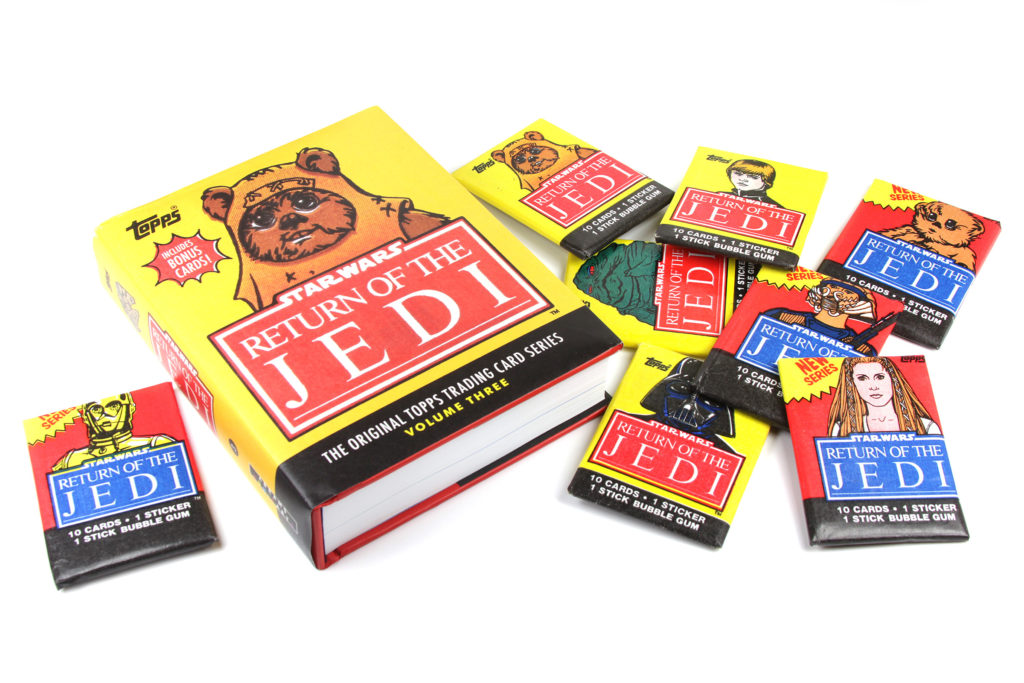