“Rogue One: A Star Wars Story” by Alexander Freed.

Movie novelisations pose an interesting problem as they exist and are read after the reader has more than likely seen the film version of the text. Thus inevitably the reader spends the entire novel comparing the chapters to the scenes in the film. They face numerous changes overcoming these comparisons and as is usually the case with such things the Rogue One novelisation falls short of the film.

The biggest area where this novelisation falls short is in regards to its numerous action sequences. Simply these have not been well translated into the written form. In particular scenes that involve close quarters or hand to hand fighting, such as Chirrut’s fight in Jedha city, pass by as a blur and are difficult to visualize. Some of the bigger battles, such as the one on the beaches of Scarif, were done a bit better. However, I generally thought as I was reading these scenes “the movie did it better”.

Most novelisations will often include the odd little extra bits and pieces not included in the film and this one is no exception. The novel includes a couple of short paragraphs on residents of Jedha as the blast occurs and this was certainly a really interesting little side note. Another interesting addition was that scattered between chapters are supplementary notes in the form of documents/messages that provide extra information/perception about the events in Rogue One. These were a nice touch and added to my interest when reading the novel.

Overall this novel is an accurate yet uninspired depiction of the events in the film and I found it to be a rather average read. Read it if you want to, but you won’t really be missing out on much if you don’t. 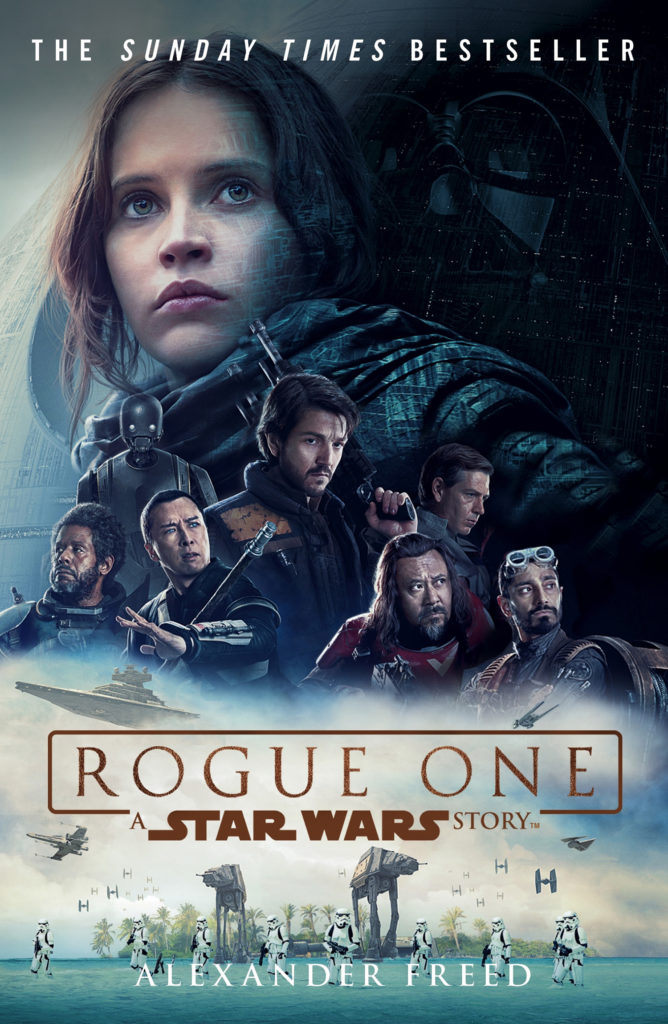