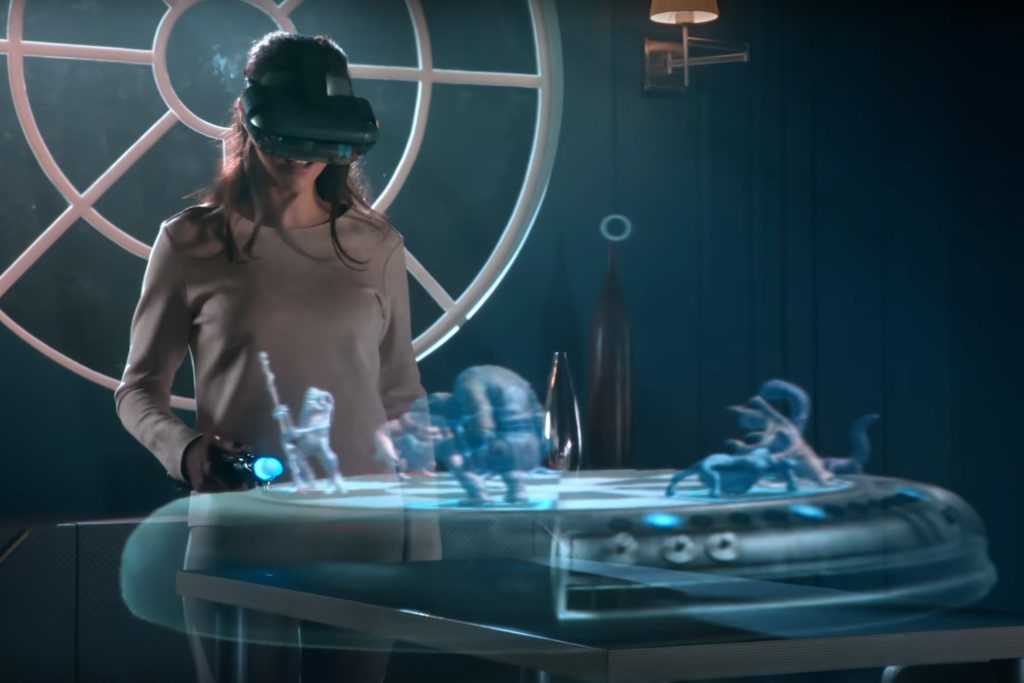 Awaken your inner Jedi in the all-new app-enabled augmented reality experience – Star Wars™: Jedi Challenges. With the lightsaber controller, tracking beacon, Lenovo Mirage AR headset, and compatible phone, travel through the galaxy and train in the ways of the Jedi. Master the art of lightsaber duels, challenge your mind with Holochess, and command troops against invading forces in strategic combat.

Lightsaber battles
Perfect your lightsaber skills by taking on some of the most menacing villains in the galaxy, like Kylo Ren and Darth Vader.

Holochess
Outwit your opponents in the ultimate game of concentration and strategy. Direct your holographic alien pieces across the board as you battle for territory on checkered game tables.

Strategic combat
Lead Rebel forces against the Empire in large scale ground wars. Command an army as you build out your outposts to withstand the forces of the Empire.