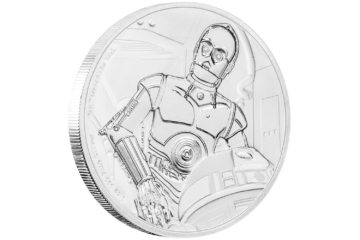 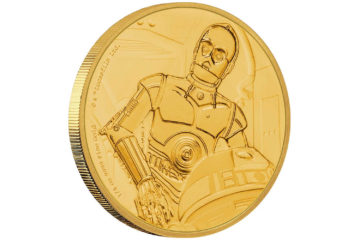 C-3PO is the ninth character to feature in the Star Wars Classic coin collection. Check out our previous coverage of New Zealand Mint’s coin collections, featuring characters and scenes from all of the trilogies as well as Rogue One.

Fluent in over six million forms of communication, the golden protocol Droid C-3PO (See-Threepio) has become an essential companion of his master Luke Skywalker and to the Rebel Alliance. Since Luke’s own Uncle Owen purchased the droid from a band of Jawas on Tatooine, Threepio has accompanied Luke and the Rebellion throughout the galaxy in their fight for freedom. He is rarely seen without his squat counterpart R2-D2, and together, the two make a remarkably capable team. Because of Artoo’s limited communication abilities, Threepio must often interpret his companion’s electronic sounds for his human masters. Though preferring to remain far from any potential threat, the anxious droid frequently finds himself in the midst of the action. It is Threepio who first learns of Imperial occupation on Cloud City, but the fretful Droid is disabled before he can warn his friends. Later, on the forest moon of Endor, Threepio helps convince the Ewoks to fight alongside the Rebellion in what will be the decisive victory over the Galactic Empire and the beginning of a new era of peace in the galaxy. 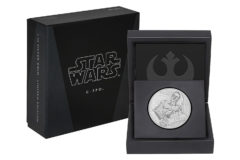 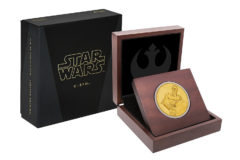 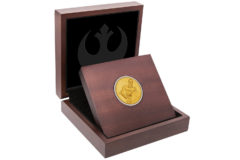 Previous: R2-D2 Cushion on Sale at Farmers
Next: Roaring Chewbacca Plushie at The Warehouse