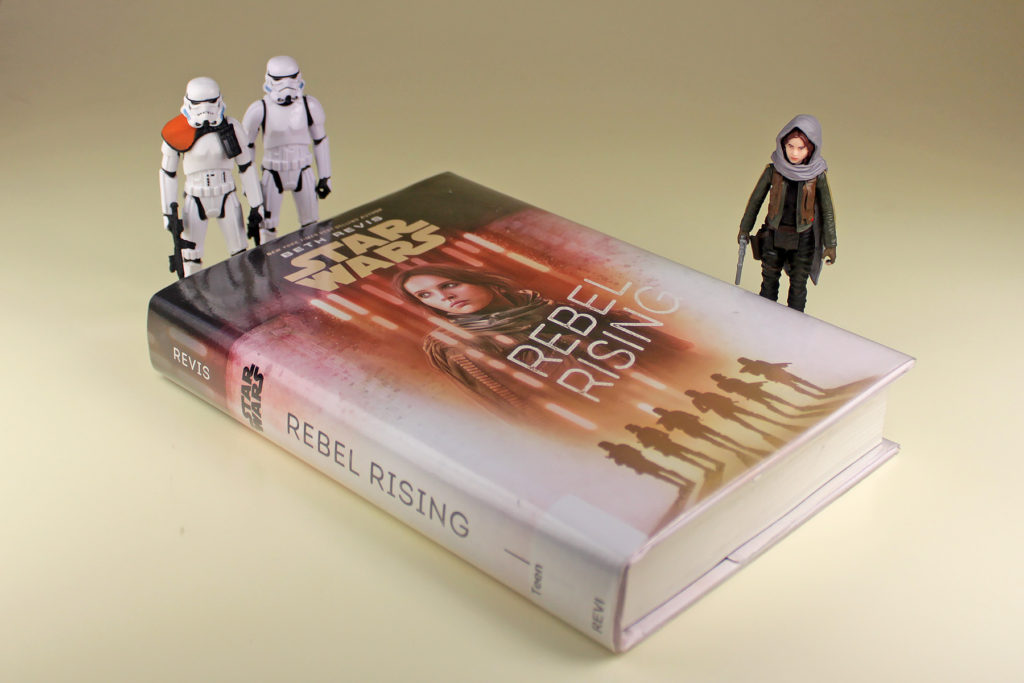 Star Wars: Rebel Rising, by Beth Revis is the Rogue One prequel that tells Jyn Erso’s story, prior to her Yavin IV “recruitment” by the Rebel Alliance. This is Revis’s first Star Wars novel, although she has a history of writing young adult science fiction titles, and describes herself as a long-standing fan of Star Wars.

Rebel Rising is technically classified as a “young adult” novel, for ages 12-17 years, but if you are an older fan, don’t let that dissuade you from reading this key expansion of the Star Wars canon. At 410 pages, it’s still a solid read, and in terms of content, it doesn’t soften the bleak realities of guerrilla warfare, slavery, or galaxy-wide tyranny.

Rebel Rising ties in directly to both the primary timeline of Rogue One and to Jyn’s flashbacks to her family’s fateful encounter with Orson Krennic on Lah’mu. The plot of the novel thus alternates between a young Jyn who has been rescued by Saw Gerrera, and an adult Jyn who finds herself incarcerated in an Imperial work camp. It explains Jyn’s distrustful and dispassionate emotional state as seen in Rogue One, and also specifically refers to events such as those bought up in the dialogue between Jyn and Saw (“The last time I saw you, you gave me a knife and loaded blaster and told me to wait in a bunker until daylight”). Jyn’s escapades involve a series of nomadic encounters with imperials and stormtroopers, the galaxy’s criminal underworld, active rebel cells, and the peripheries of the developing Rebel Alliance. Her narrative continues right up to her rescue from the HAVw A6 Juggernaut turbo tank, re-purposed as a prisoner transport, on Wobani, and concludes just as it dovetails in to her first encounter with General Draven and Mon Mothma in the hidden Rebel base.

Rebel Rising is not a light or particularly uplifting tale (save for Jyn’s recollections of her mother’s love and messages of hope and trust), to be fair. We largely knew this, of course, from what was revealed of her challenging life in Rogue One. Rebel Rising does, however, successfully serve its intended purpose of filling in the gaps of Jyn’s earlier years and of expanding the boundaries of the Rogue One tale, and is a therefore a good read for fans who enjoy following the details and adventures of their favourite movie characters.

Rebel Rising is available from SWNZ affiliates in the following formats (prices correct at time of writing), or check a copy out from your local library. 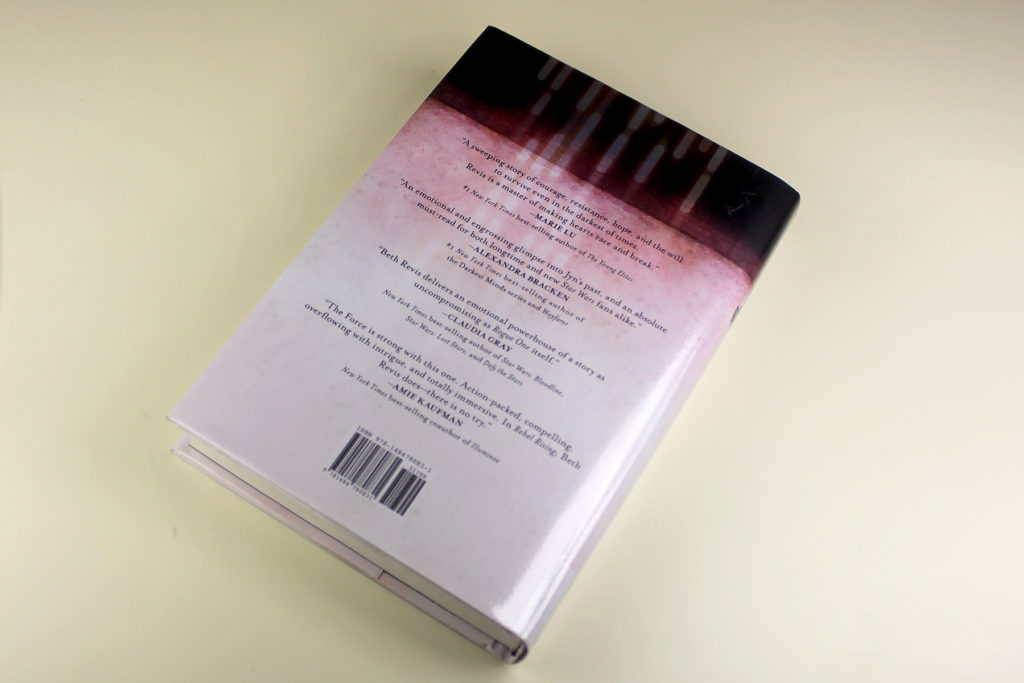 Previous: Star Wars Duvets at Briscoes
Next: Star Wars Storage at The Warehouse