Bing Harris Sargood Ltd was a New Zealand manufacturer of Star Wars merchandise, churning out products for a short time in the early ’80s. Unfortunately, because the original company is long since extinct (a modern clothing company does make use of the “Bing Harris & Co” name and historic reputation), and the fact that many of their products didn’t clearly bear their name, the compilation of a complete list of their Star Wars wares is very difficult.

Bing Harris Sargood Ltd (BHS) was formed in 1972 by the merger of rival soft goods firms Bing Harris and company and Sargoods. BHS was acquired in 1981 by Brierley Investments Ltd (BIL, now Brierley International Ltd). Throught the 1980s, BIL reengineered its strategy to focus on a core of trading subsidiaries and associated companies. Bing Harris Sargood was a casualty of this transformation, and was broken up in 1984 – unfortunately only the year after it had begun manufacturing Star Wars collectibles.

The seminal “Tomart’s Guide to Worldwide Star Wars Collectibles” by Stephen Sansweet, Josh Ling and Tom Tumbusch, proclaims BHS’s license as covering: beach towels and bath towels, sheets, quilt covers, bedspreads, masks, children’s t-shirts, sweat shirts, pyjamas, tank tops, shorts, rainwear, stationery, posters, hats and lunch boxes. It is not clear if that entire purview was fulfilled, but there are a good few products that have survived in collections that are easily identifiable as being of BHS origin. In-store advertising materials speak of “posters, badges, and erasers”, and a promotion that Bing Harris Sargood ran enticed kids to “collect all 6 full size posters, and receive one of the above erasers free“. Confusing the issue of unraveling the extent of the BHS license, however, is that the erasers spoken of in that offer seem to be the figural pieces made/packaged by Crystal Craft Gifts of Australia (which were the same as versions released elsewhere, but which only included the ROTJ-branded items, excluding others bearing the Star Wars logo, from a wider line). The presumption would be that some sort of import/distribution relationship existed between the two companies on some of these stationery items.

Many of their products reflect the commodities Bing Harris Sargood had been known for, for many decades (clothing, bedding, towels etc), but some expanded their range, like a set of six ROTJ-based masks – Yoda, Chewbacca, Wicket, Gamorrean Guard, Admiral Ackbar and Jabba the Hutt. Although most of those characters were also produced as masks by Don Post Studios in the USA, there are distinct differences that identify each of the BHS’s versions. The Jabba mask seems to be the only representation of that character in such a format, from that era.

All known Bing Harris Sargood products are based on Return of the Jedi designs, be they characters, logos or other images. Some of their apparel and bedclothes made use of pre-existing motifs, such as duvet covers based on similar product from Bibb Co. of New York. One of their more recognisable lines is the aforementioned ‘Return of the Jedi’ badges, six designs in total (sold individually) produced in 1983 (images at top of page). These badges are a fairly standard 58mm in diameter, and depict ‘Jedi’ scenes (all but one that utilises the classic Drew Struzan Vader/saber battle artwork).

There are still a few gaps in our archive of Bing Harris Sargood’s Return of the Jedi pieces… we’ll continue to keep a look out to fill the holes, but if any readers have photographic evidence of additional collectibles, please do contact us! 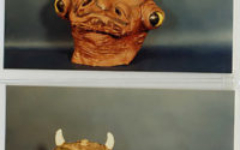 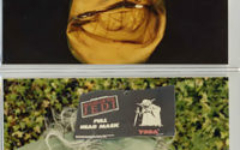 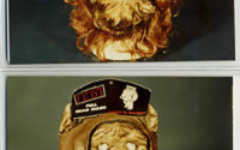 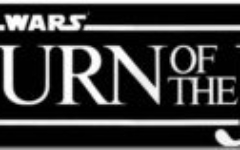 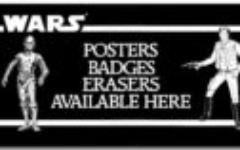 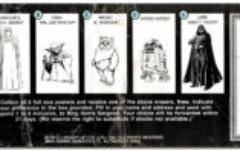 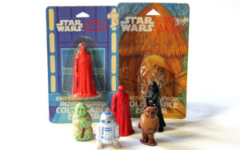 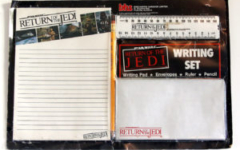 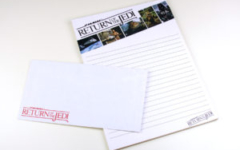 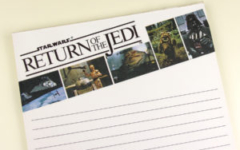 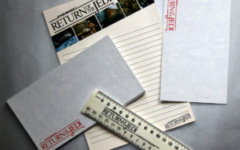 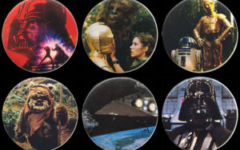 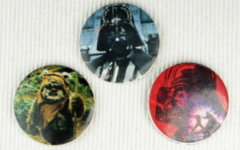 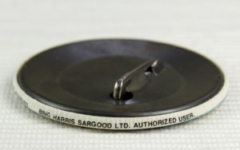 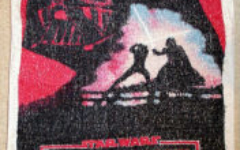 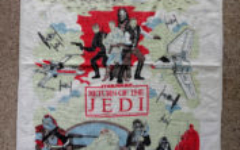 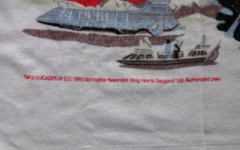 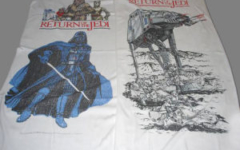 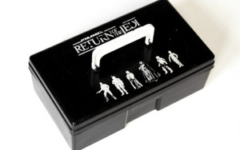 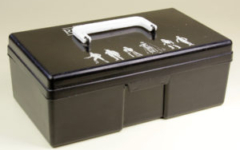 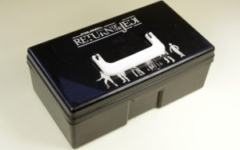 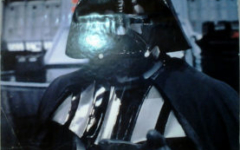 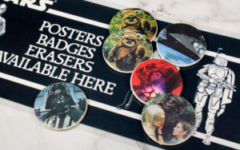 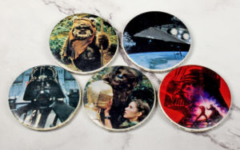 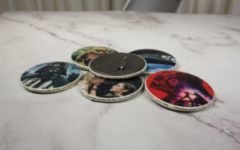