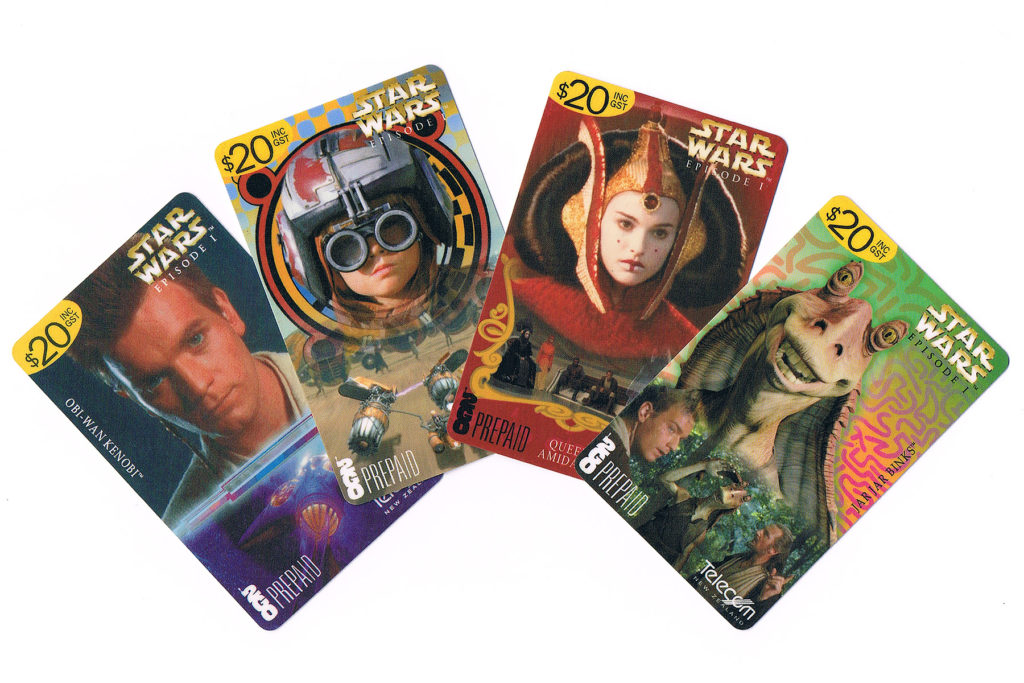 Star Wars seems to find its way into many aspects of our lives. Starting in 1999, Telecom New Zealand went beyond the obvious marketing opportunities, and released a set of collectibles that were also functional, in the form of ‘The Phantom Menace’ prepaid phone cards. Functional, that is, assuming that you owned a prepay phone, and ‘activated’ the card to use it to make calls. Clever marketing from Telecom’s point of view, in that some people bought them to use, but some people bought them just to collect. With prices between $20 and $75, a full, unused set held actual intrinsic value (right up to the point when the cards expired). 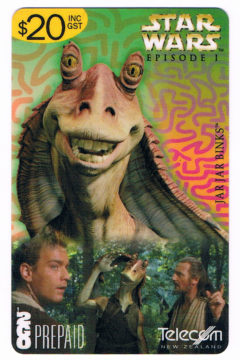 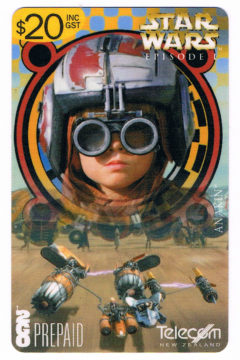 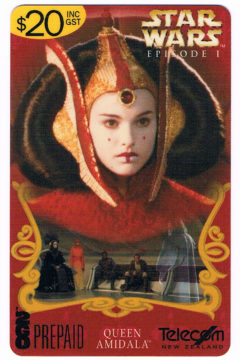 The total number available to collect is 11. This odd number is a consequence of the way exclusive/special cards were allocated. A base set of 6 cards is made up of 3 $20 cards, 2 $30 cards, and a single $75 card. These cards are all portrait-oriented designs, except for the $75 Watto card. The other characters depicted are Jar Jar Binks, Anakin Skywalker and Queen Amidala, each on $20 cards, and Qui-Gon Jinn and Darth Maul each on a $30 card. 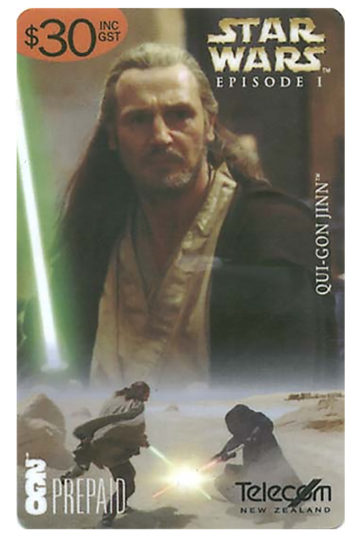 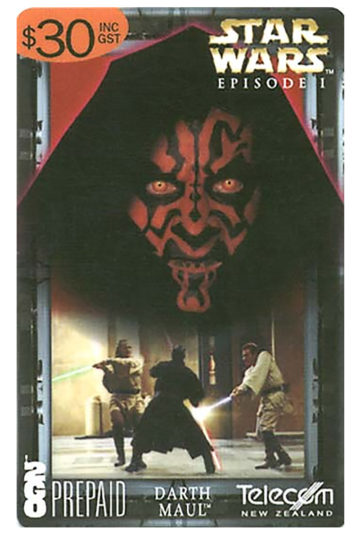 A limited edition card bearing an image of Anakin and Padme, is the only $50 denomination available, and could be purchased as part of a specially packaged gift offer. 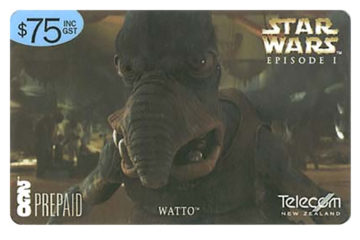 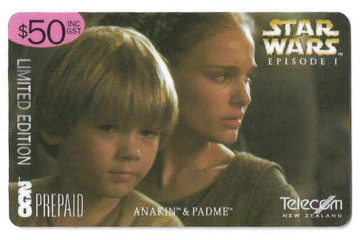 The 4 remaining cards carry co-branded advertising (on the rear) in the form of the company logos of selected resellers of Telecom prepaid cards. They are the $20 Sebulba card from Dick Smith Electronics, the $20 Obi-Wan Kenobi card from Ben Rumble Communications (…did they specifically choose to have “Ben” Kenobi?), the $30 Jabba the Hutt cards from Noel Leeming, and the $30 Royal Starship card from Shell. 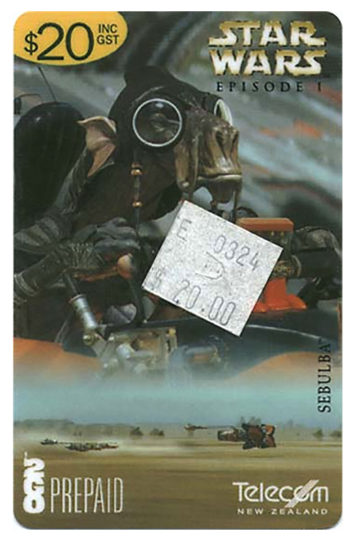 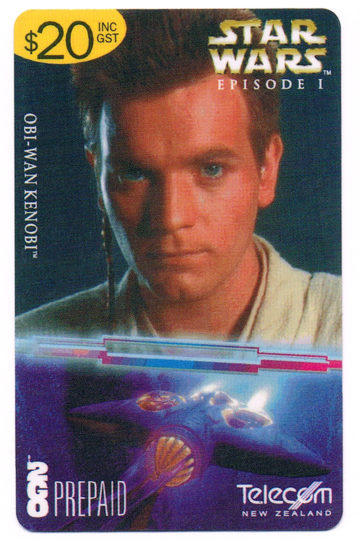 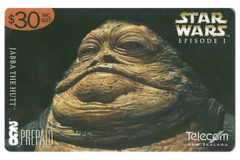 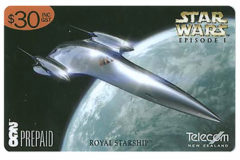 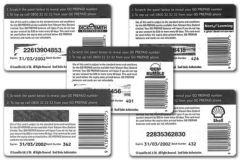 And for the completists out there, a couple of variations have been reported: both the $20 Obi-Wan Kenobi card from Ben Rumble, and the $75 Watto card have been found with the “Go Prepaid” number, on the rear of the card, in silver text on a black background instead of the usual black numbers on a white background. 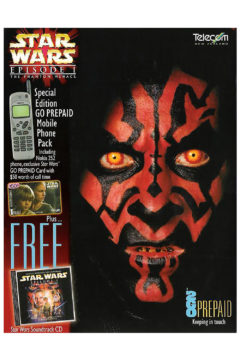 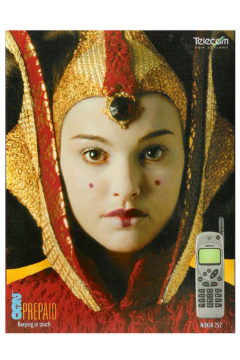 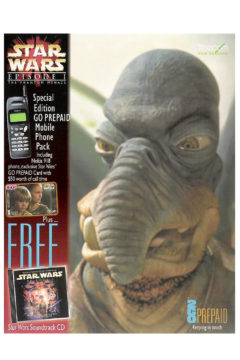 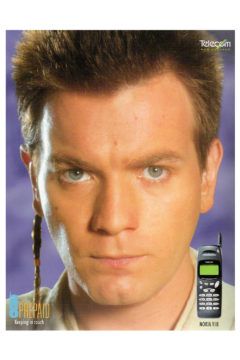 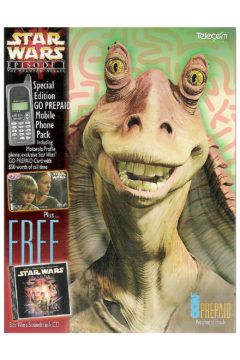 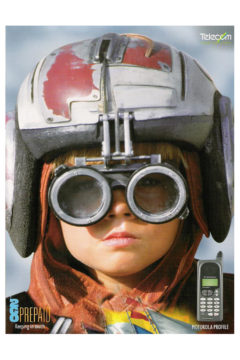 In addition to the standalone prepaid calling cards described above, Telecom also capitalised on their Episode 1 license by issuing, in 1999, 3 mobile phone packs that each included a mobile phone, a $50 prepaid phone card, and a copy of ‘The Phantom Menace’ soundtrack. The bundles were packaged in boxes with images of Star Wars characters on the front and rear, and included either a Nokia 252, a Nokia 918 or a Motorola Profile phone. 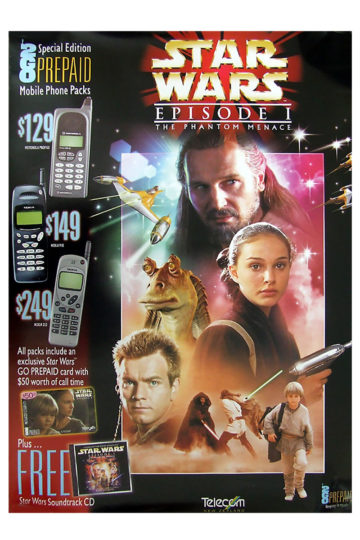 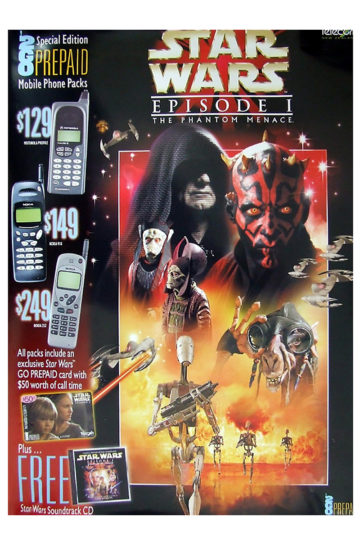 With thanks to Centuri Chan and Stephen Williams for additional photos.