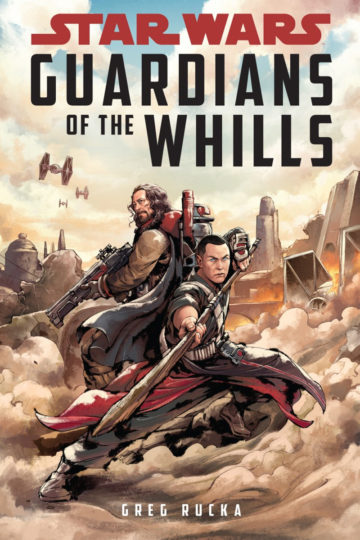 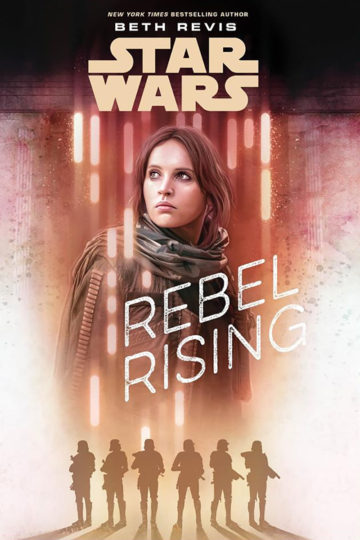 There are a couple of upcoming Star Wars books that tie directly in to Rogue One that I personally am looking forward to reading. Both are available for preorder at Mighty Ape. Technically they are both targeting the Young Adult market/age group, but the material they cover are quite significant backstories, so they’re definitely on my list to check out.

When Jyn Erso was five years old, her mother was murdered and her father taken from her to serve the Empire. But despite the loss of her parents she is not completely alone-Saw Gerrera, a man willing to go to any extremes necessary in order to resist Imperial tyranny, takes her in as his own, and gives her not only a home but all the abilities and resources she needs to becomea rebel herself.Jyn dedicates herself to the cause-and the man. But fighting alongside Saw and his people brings with it danger and the question of just how far Jyn is willing to go as one of Saw’s soldiers. When she faces an unthinkable betrayal that shatters her world, Jyn will have to pull the pieces of herself back together and figure out what she truly believes in… and who she can really trust.

Guardians of the Whills features the adventures of Chirut Imwe and Baze Malbus (hardcover, 240 pages, $26.99).

On the desert world of Jedha, in the Holy City, friends Baze and Chirrut used to be Guardians of the Whills, who looked after the Kyber Temple and the devoted pilgrims who worshipped there. Then the Empire came and took over the planet. The temple was destroyed and the people scattered. Now Baze and Chirrut do what they can to resist the Empire and protect the people of Jedha, but it never seems to be enough. Then a man named Saw Gerrera arrives, with a militia of his own and grand plans to take down the Empire. It seems like the perfect way for Baze and Chirrut to make a real difference and help the people of Jedha live better lives. But will it come at too great a cost?