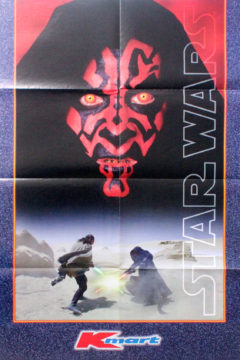 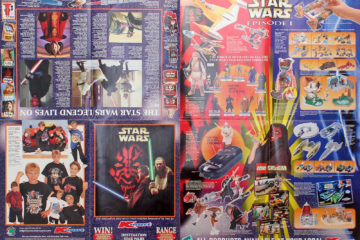 In 1999, the Star Wars Prequel marketing phenomenon stretched far and wide, eclipsing most if not all of the movie tie-ins that had come before it. I think there would be few dissenters to the suggestion that it in fact over-stretched. In short, too many competing department stores and store chains stocked up on too many toys in the early days. When the entire country was literally saturated with Episode 1 products, the resulting peg-warmer overpopulation blocked the influx of new waves of, in particular, action figures and accessories.

Despite the mis-steps, the release of The Phantom Menace was an exciting time… we were seeing new characters and vehicles, a multitude of new manufacturers, and a resurgence in popularity of Original Trilogy collectibles as a secondary effect. Let’s look back on an example of 1999 advertising to relive some of the positivity of the era. The Warehouse, ToyWorld, Deka, Farmers and K-Mart were amongst the big name store chains taking Episode 1 to the fans. We’ll take a look at the latter as an example.

The K-Mart campaign had the tagline “Destination Star Wars”. Their “Exclusive Souvenir Mega Poster” describes the K-Mart Star Wars range as encompassing toys, apparel, confectionery, books, manchester, “and much more.” As well as pure advertising, a two-page spread in the mega-poster served to introduce the small number of people who had somehow missed the Star Wars revival hype to the basics of the first prequel. There was also an associated competition mentioned, which closed in August of 1999. A separate entry form spelled out the full details. Entry was conditional on the purchase of any Star Wars product from K-Mart (a barcode, or details of the barcode number, were required to accompany the entry form). A random draw determined 20 winners who each received a Hasbro toy pack containing 6 basic figures, 1 COMMTech reader and 1 creature with figure. 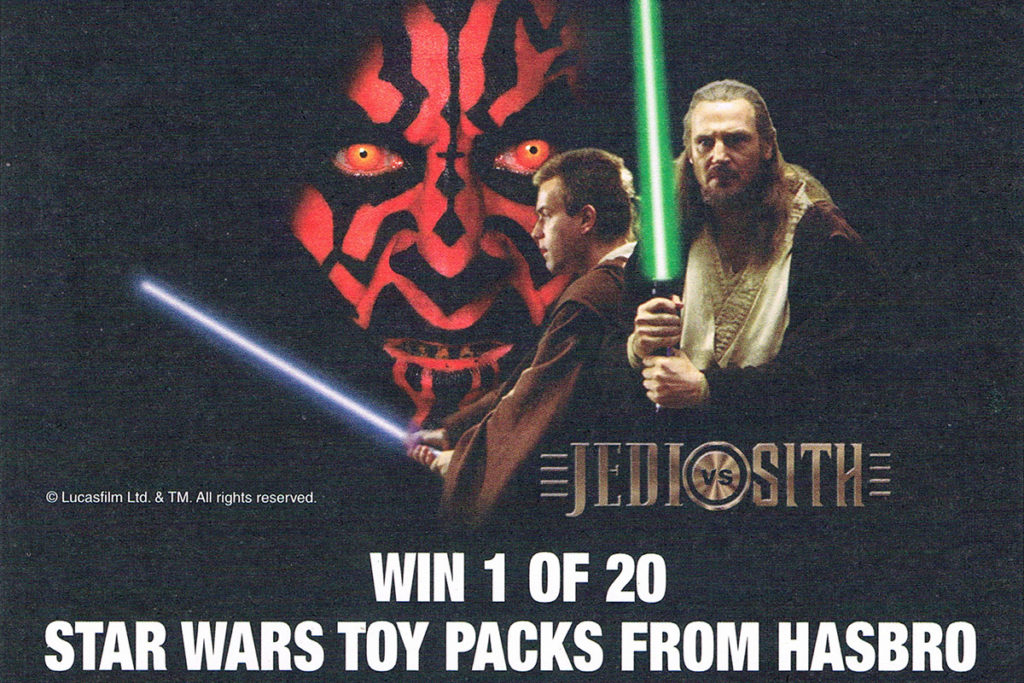 There were plenty of budget collectibles… stationery and confectionery, for example… and some perhaps flawed strategic decisions (4 cover variations for the hardback novelisation?)… but there are definitely gems amongst the chaos. Hasbro gave us some cool figures such as the well executed Darth Maul figure (pun not intended) and a nicely sculpted Queen Amidala figure, the excellent Battle Droid with STAP vehicle, and the sleek electronic Naboo N1 starfighter. I’ll admit that even the Hasbro action figure-scale pod-racers (of Anakin and Sebulba) have grown on me and are amongst the favourite items of my collection. Lego sets came in all sizes, including some very affordable options, and maximised playability with many mini-figures to recreate an array of scenes. Every kid wanted a Sith Lord t-shirt… some got stuck with a grinning Gungan. Still perplexing, however is the “Jar Jar Binks Monster Mouth with Candy Tongue“!

New packaging, new product lines, excited kids. The gestalt of Destination Star Wars is captured in the bright visuals of the K-Mart poster. We are informed that “George Lucas intends his movie to appeal, as Star Wars did, to a generation growing up without fairytales. Little did he guess that with his original trilogy, and now the first of his prequels, he has created a universe jammed tighter than the cargo hold of a Federation freighter with millennial myths and magical storytelling.” And so ended the 20th Century’s contribution to collections of the faithful. We took the good with the bad, but, without a doubt, the “Star Wars Legend Lives On!”. 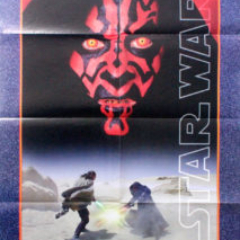 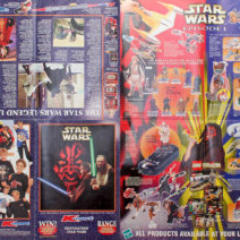 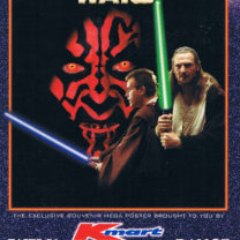 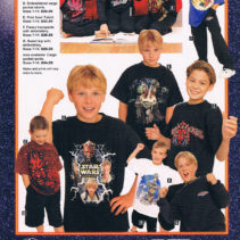 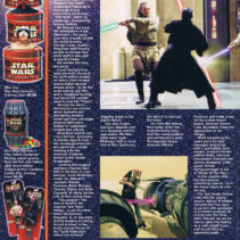 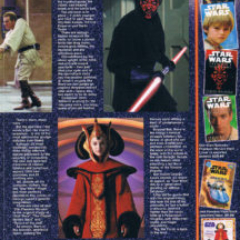 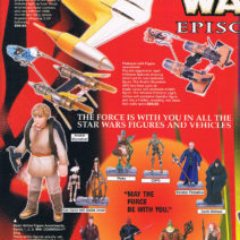 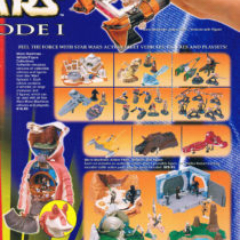 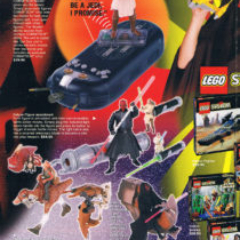 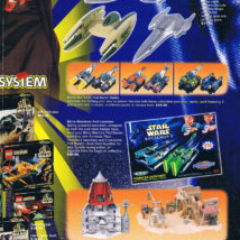 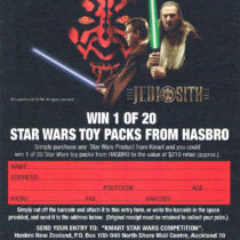 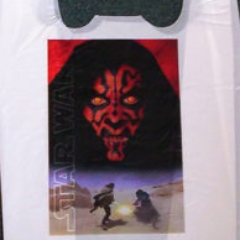