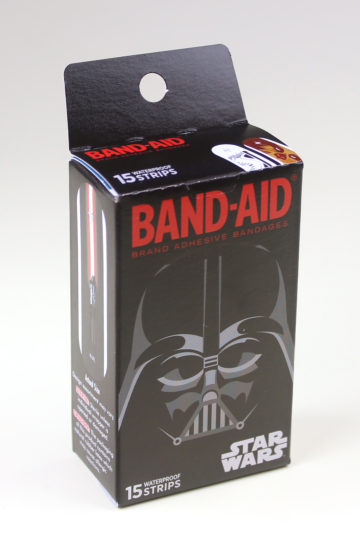 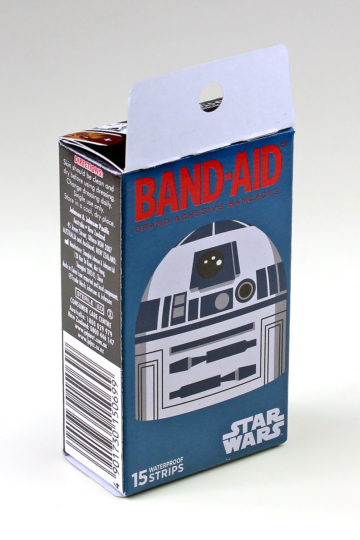 Official Star Wars Band-Aids…. for when you absolutely have to have Star Wars on everything! These kid-sized sterile plasters come in packs of 15, with assorted designs such as R2-D2, Yoda, Stormtrooper, and Darth Vader. This Australasian version of the licensed product (from Johnson & Johnson Pacific, with Aus and NZ contact details on the packaging) has been around for a while now, and has intermittently been reported at both Countdown and New World supermarkets in New Zealand, but has proven a little hard to track down.

This boxed set was found in an Auckland branch of Countdown, confirming that they are definitely out and about even this far down the line from their initial release. 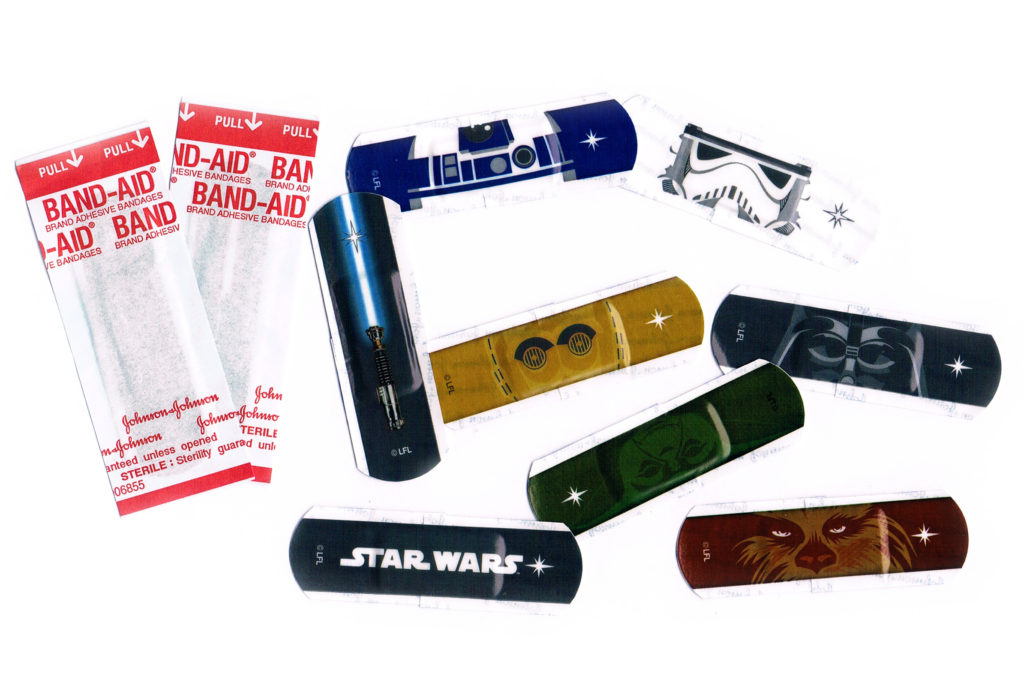