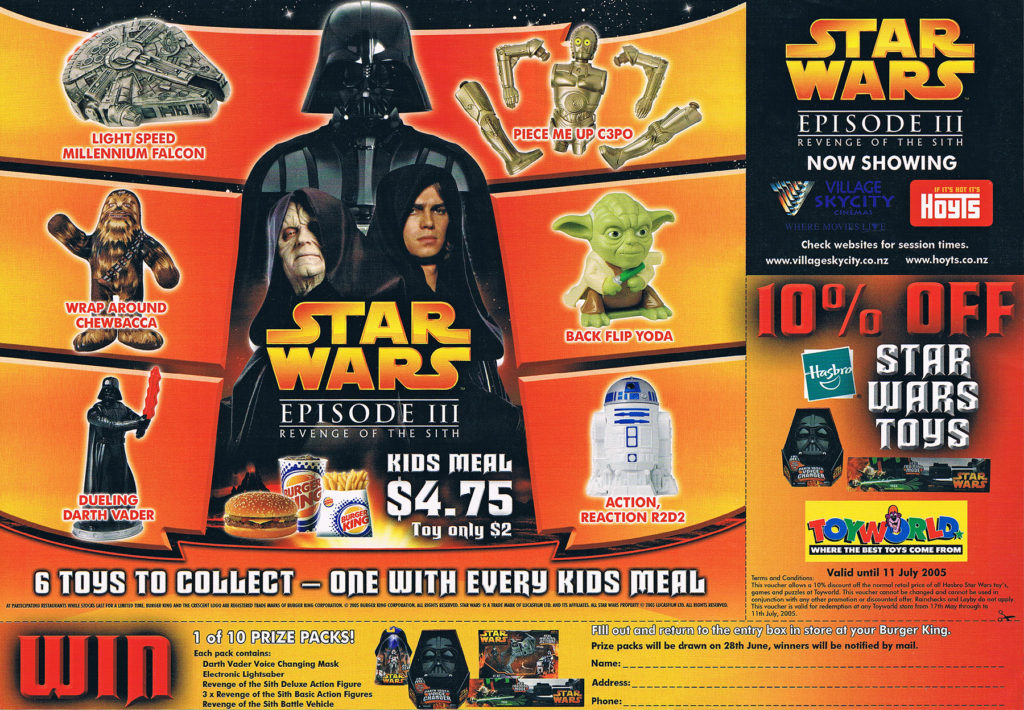 A look back to 2005: To celebrate, and capitalise on, the release of Star Wars Episode 3, ‘Revenge of the Sith’, Burger King undertook an international promotional campaign across its chain of fast food restaurants. Curiously, with one exception, the collectible toys offered as a part of this promotion differ between the USA and the rest of the world. New Zealand Burger King outlets offered the set of six Star Wars collectibles (with Kid’s meals, or available for purchase individually, from 17 May 2005) that were also available in some Asian and many European countries. Each toy features a completely different gimmick, and there is no correlation between the scale of the items: 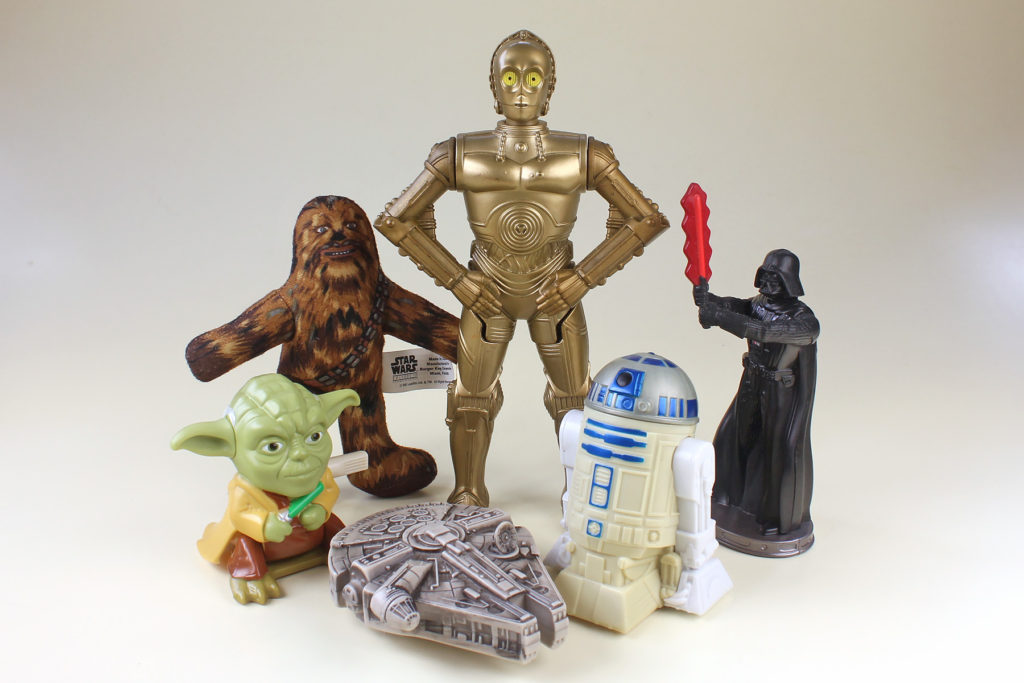 – “Wrap around” Chewbacca. A bendable/poseable soft toy in a rudimentary Wookiee shape, with printed fur, facial features and bandolier. A plush Chewbacca was also available in the USA collection, but it was of a completely different design.
– “Light speed” Millennium Falcon This comparatively well detailed and painted rendition of the Falcon (somewhat thicker than the correct proportions) even features a rotating radar dish. A battery powered LED simulates hyperspace engines by flashing as the Correlian spaceship is pushed along on its wheels. The paint work on this item varied a fair bit between items (the underside was not painted).
– “Dueling” Darth Vader. Vader is of a similar scale to Hasbro’s 4-inch figures. Press the button on his back to make him whack people with his gigantic plastic chainsaw…er, lightsaber.
– “Back flip” Yoda. Yoda is the only collectible to be duplicated from the USA range. He winds up via a prominent knob on his left shoulder, and, when placed on a hard surface, will flip head over heels, sometimes mustering the Force to land back on his feet.
– “Action, reaction” R2-D2. This clockwork version of the little astromech droid is activated by winding up his dome/head, and then letting him go to wheel away on a haphazard and dizzying path. Unfortunately the plastic on most of these yellows easily over time… very few remain pristine white years down the line.
– “Piece me up” C-3PO. The largest toy of the set, this C-3PO is 18cm tall when assembled. Push down on his head and his limbs fly off, Cloud City-style. 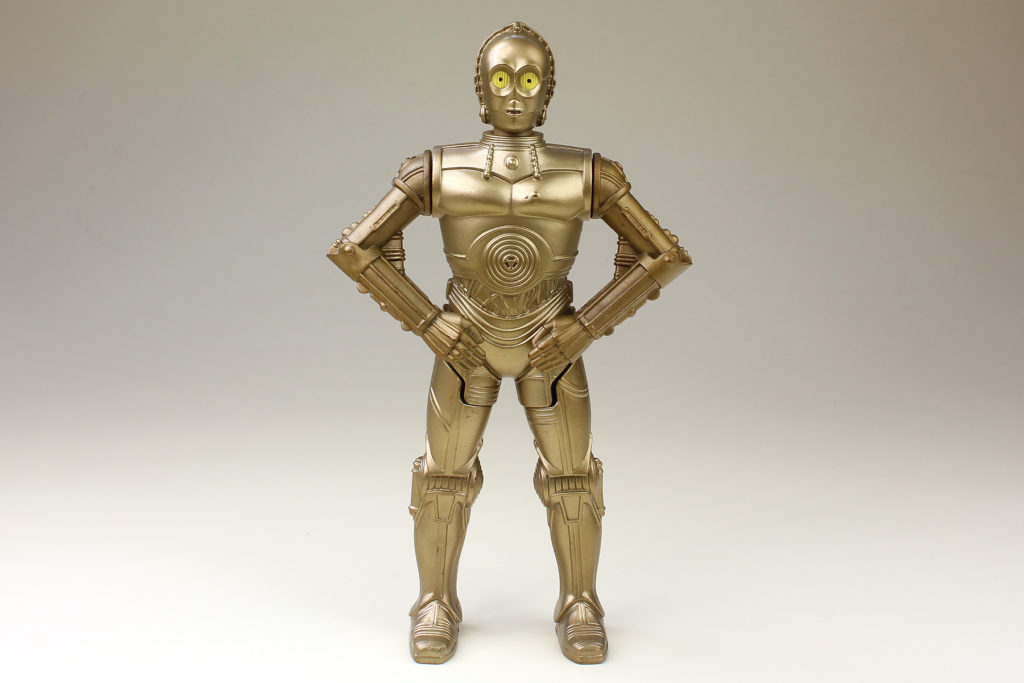 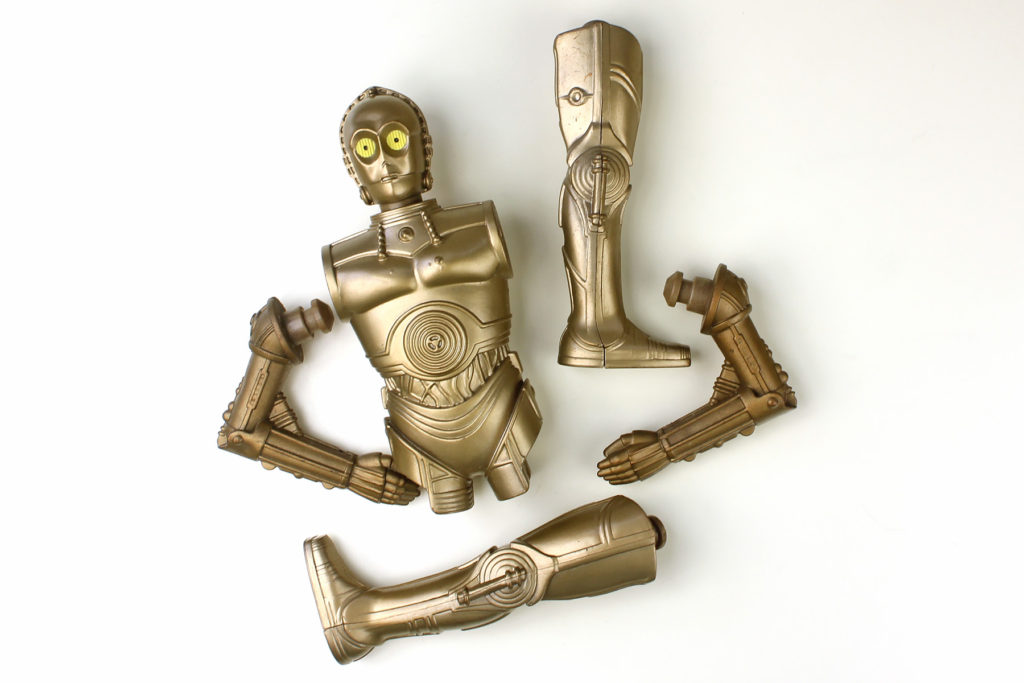 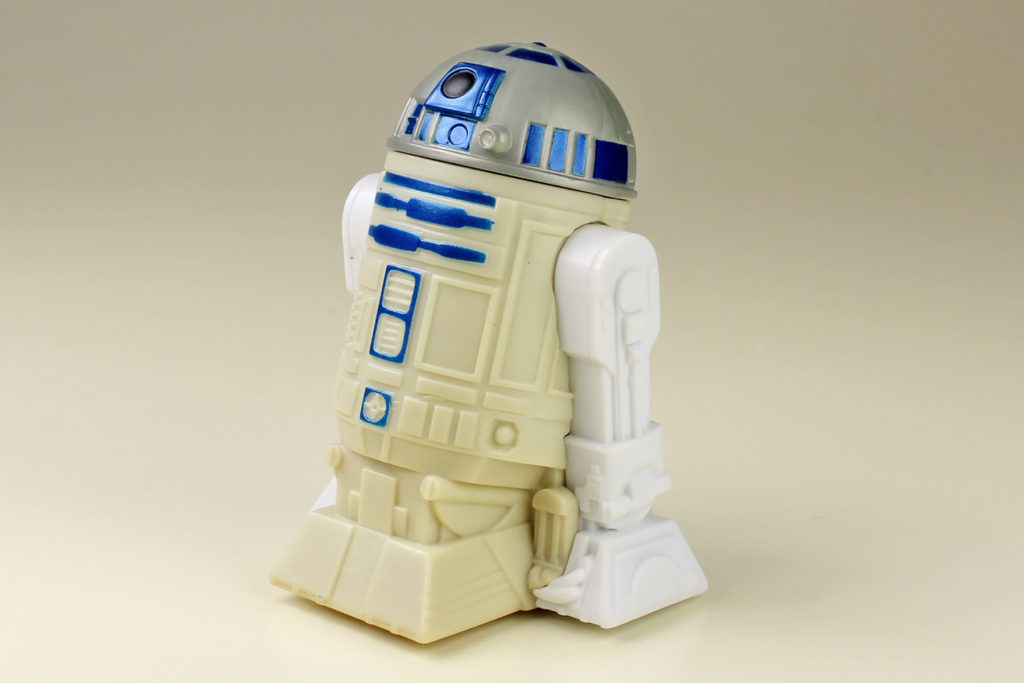 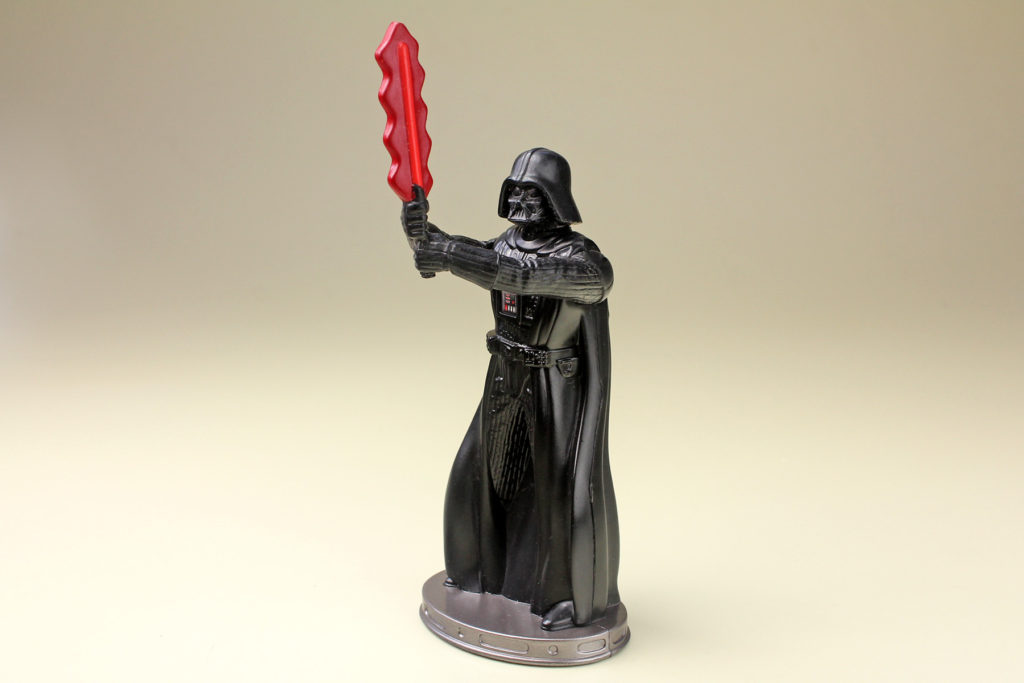 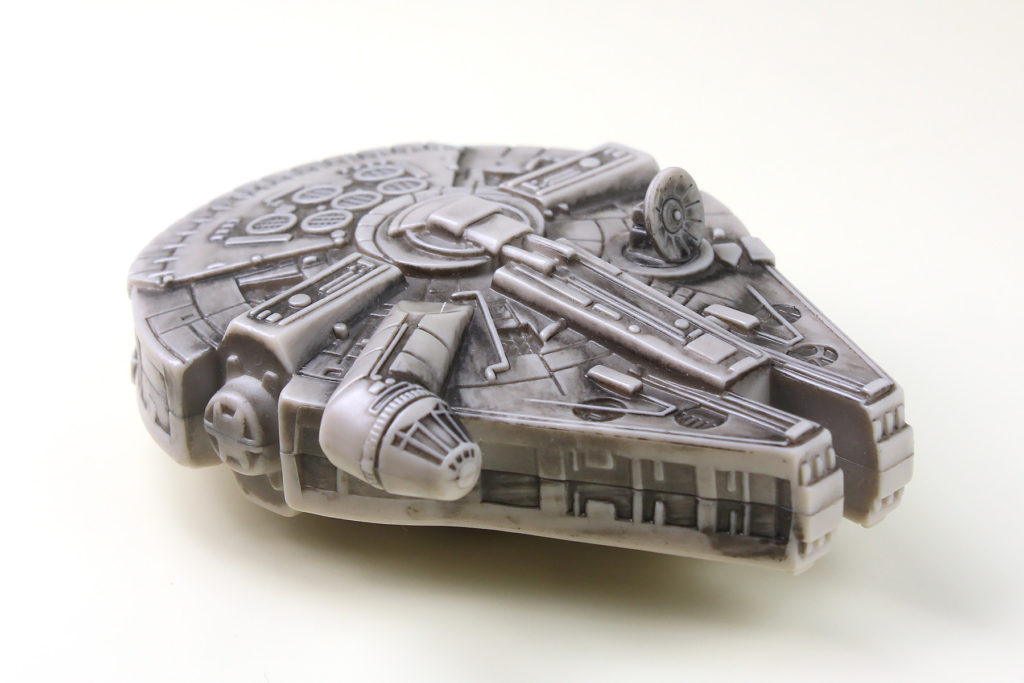 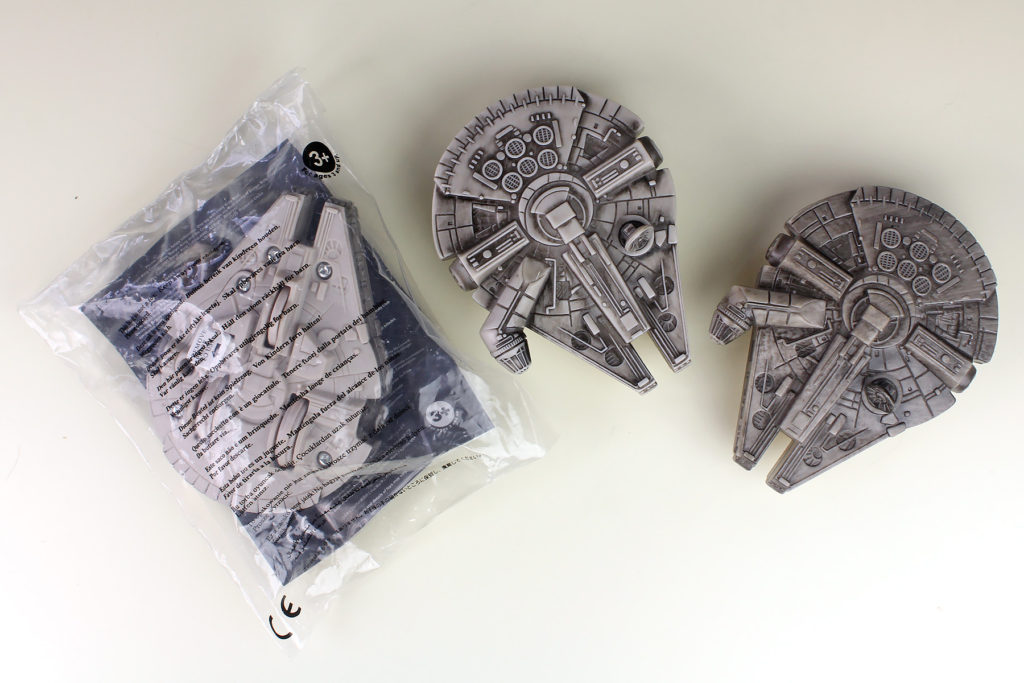 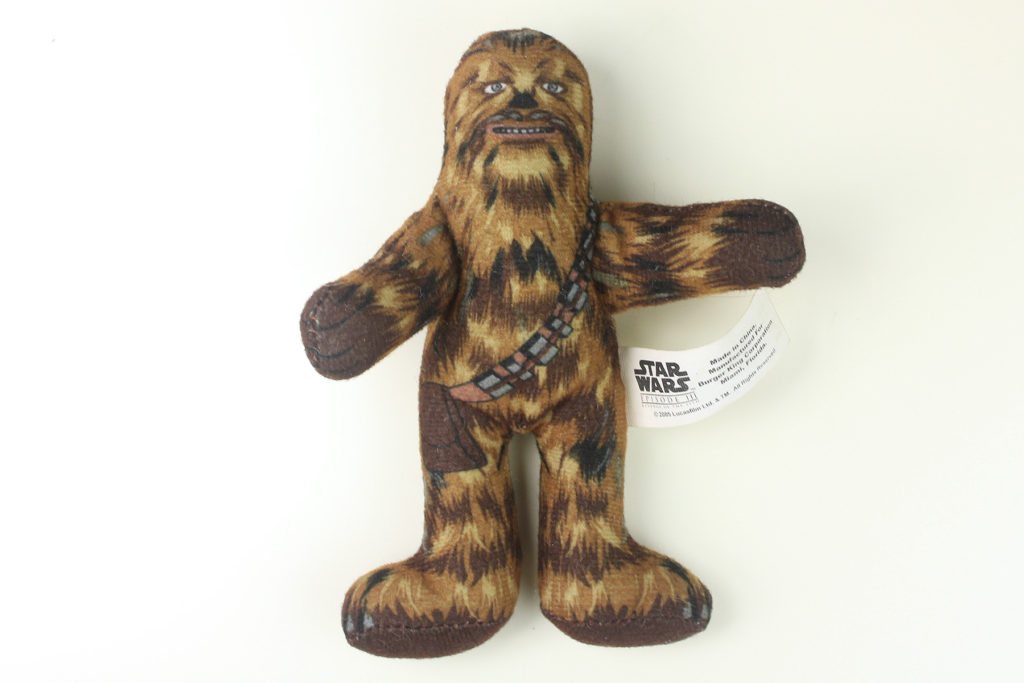 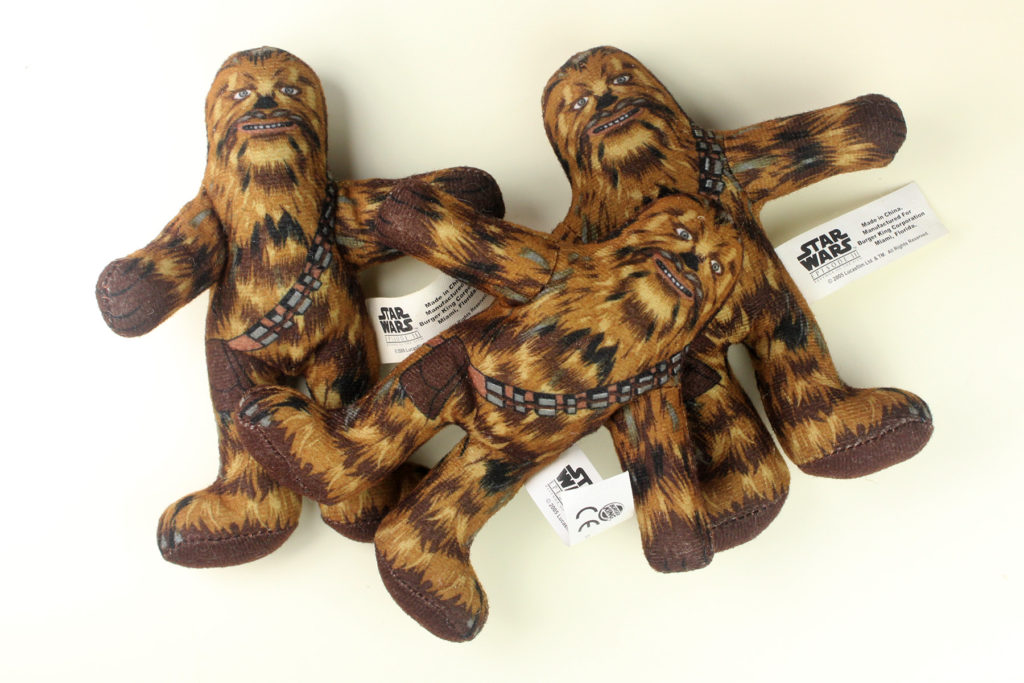 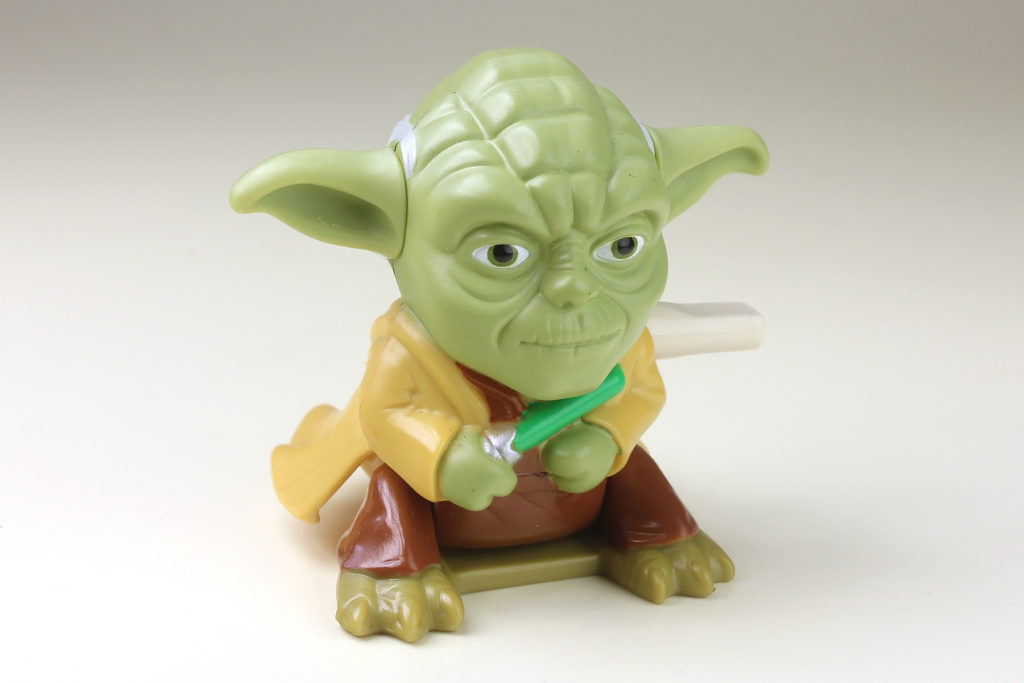 Each toy came packaged with the same instruction insert. The New Zealand Burger King promotion also featured print advertising, in-store vinyl posters, and place-mats at the eat-in restaurants (the placemats included two coupons: one to enter the Burger King competition with 10 Star Wars toy prize packs, and one offering 10 percent of the purchase of Hasbro product at Toyworld stores). Some stores that weren’t part of shopping malls had their roof adorned with a giant, inflatable Darth Vader bust! 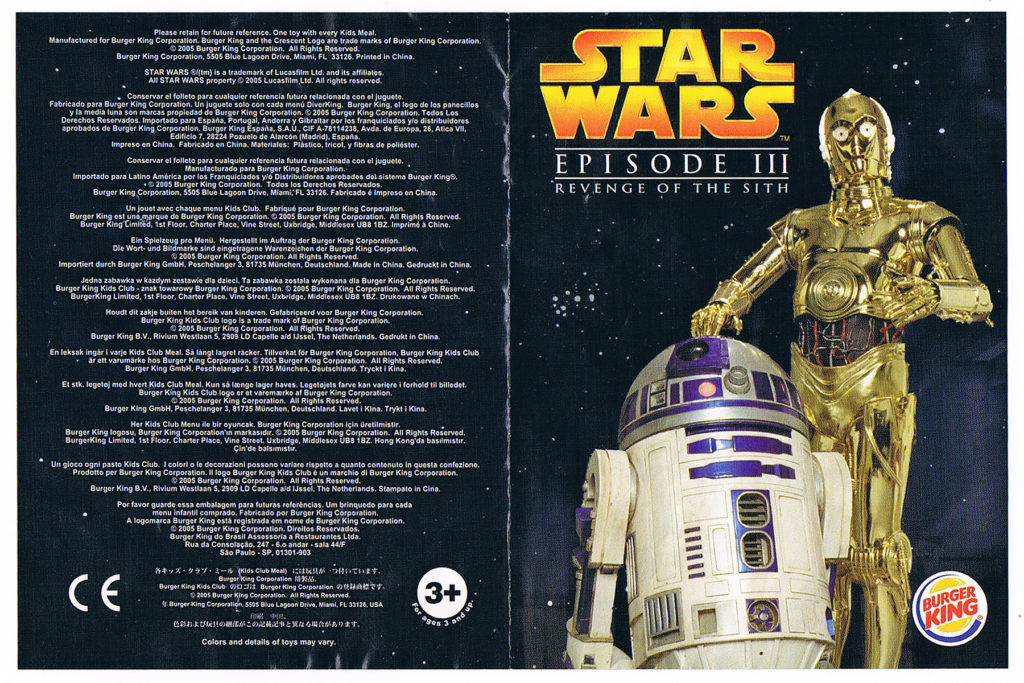 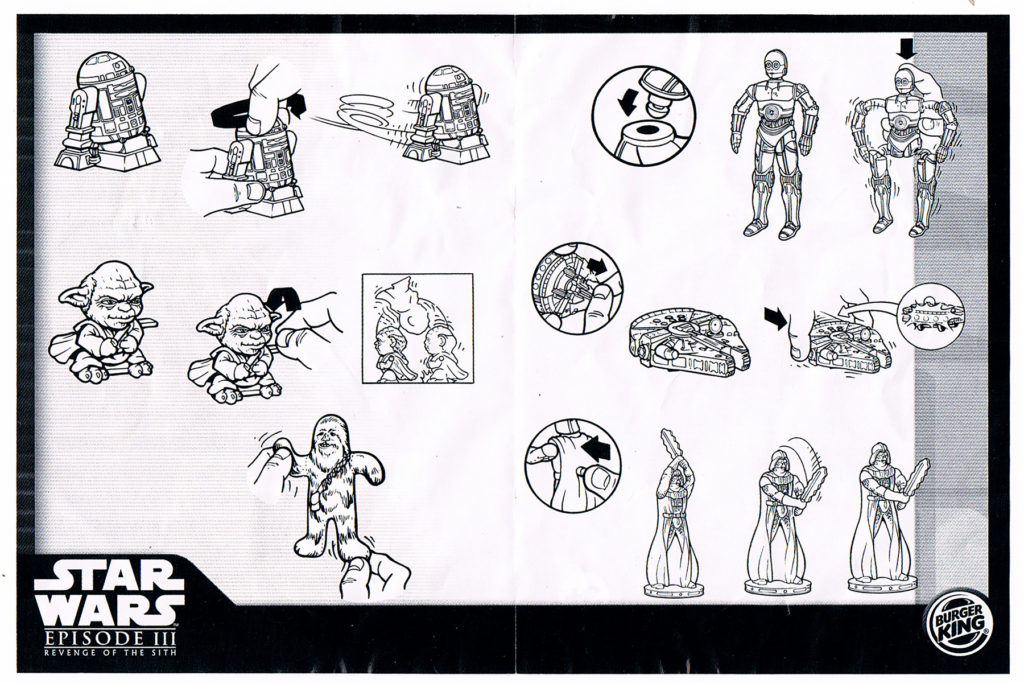 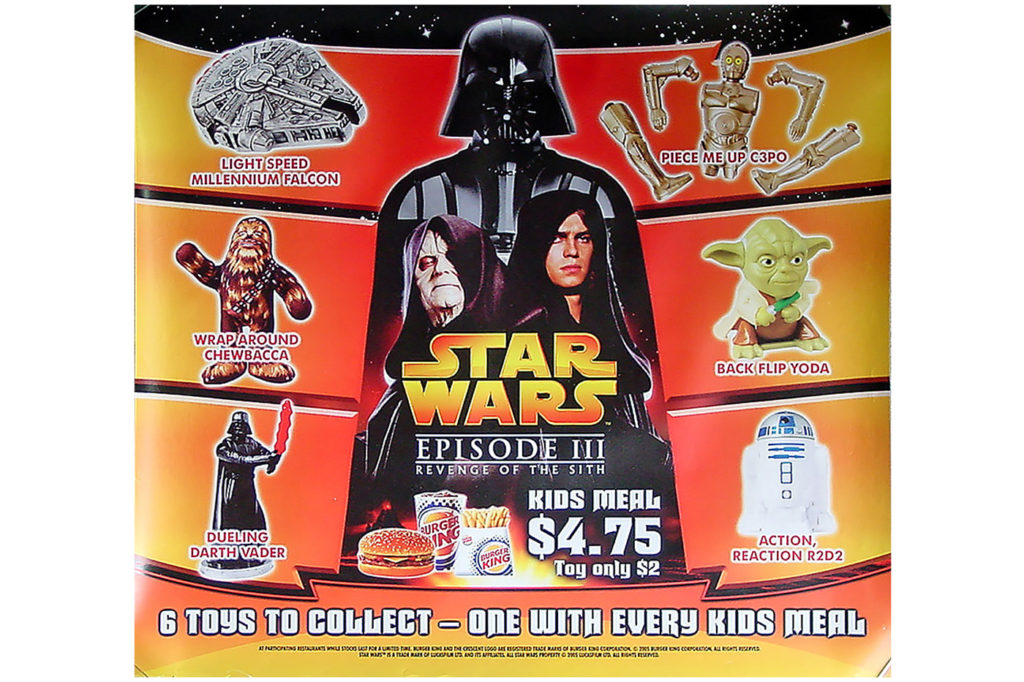 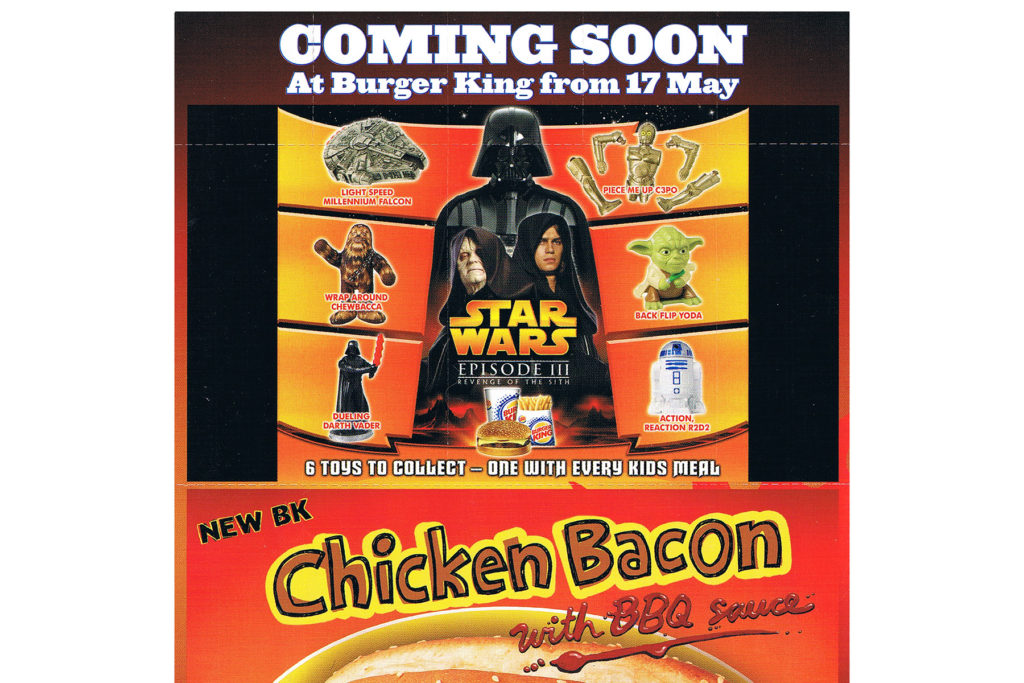