‘Star Wars Catalyst’ by James Luceno is a prequel novel to the recently released film ‘Rogue One’. The novel begins during the Clone Wars as Chancellor Palpatine’s top secret Death Star project begins to take shape. The project is run by Orson Krennic who knows the brilliant scientist and his old friend Galen Erso could be just the man to ensure the project’s success. Galen and his wife Lyra have been conducting energy research with kyber crystals and are soon caught by the Separatists as the war engulfs more and more planets. Krennic uses this opportunity to rescue the Erso family and manipulate Galen into helping with the project.

‘Catalyst’ is Luceno’s eleventh Star Wars novel and his experience in writing in this universe is clear as he easily creates a captivating and engaging story. Luceno’s master story telling crafts brilliantly both the background of the Death Star project and some of the major players in the ‘Rogue One’ film.

The relationship between Galen and his wife Lyra is certainly one of the real highlights of the novel. Luceno compellingly develops the loving and caring nature of these two characters very well. As such the reader really feels for Lyra when Galen becomes isolated and estranged from the family as he is drawn deeper and deeper into his research.

Orson Krennic’s character certainly gains some new depth in the novel as a capable and scheming Imperial loyalist. Krennic befriended Galen early in his career as he recognised Galen as a rising star in the galaxy and capable of raising Krennic’s own status. Krennic’s desire for power often sees him manipulate and double-cross any and all people in the way of his ascension to the Imperial inner circle. Krennic’s cunning and manipulative nature make him the standout character of this novel.

One old character who makes a surprise appearance in this story is Wilhuff Tarkin. Tarkin’s rivalry with Krennic emerges as each character attempts to undermine the others actions and gain the favour of Emperor Palpatine. These interactions certainly shed new light on the relationship between these two characters in the film. However the focus on Tarkin at the end of the novel is certainly in there primarily to set up Luceno’s other Star Wars novel ‘Tarkin’.

The novel establishes some very important background details to the upcoming ‘Rogue One’ film and is essential reading for those interested in learning more about the characters introduced in the film. However given that the story focuses on Galen’s expanding research and the development of the Death Star action is slow and hard to come by. In saying that this is still a compelling story and the characters are developed in clever and meaning full ways. 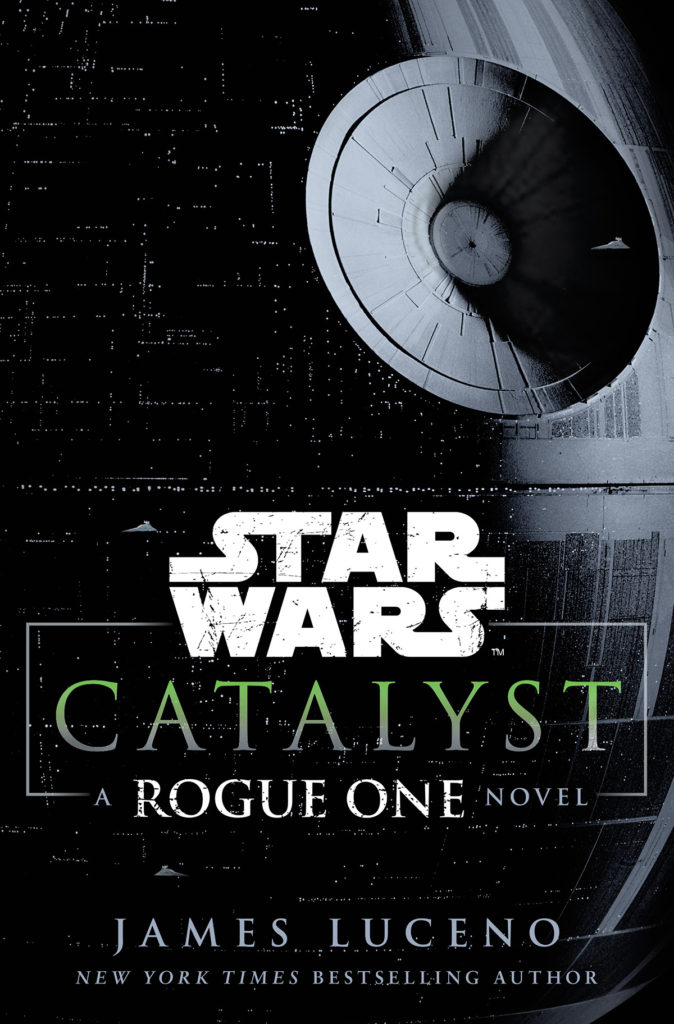 Previous: New Hot Wheels at The Warehouse
Next: Rogue One Soundtrack