The Marvel Star Wars comics have intermittently featured flashback tales that have been explained as coming about as Luke reads through Obi-Wan’s Tatooine-era journals. In an upcoming issue (no.26), Luke will come across a story about Yoda, which he will read apparently read without knowing who Yoda is or that it’s actually about him. An article on the topic is at StarWars.com here.

This latest episode of The Star Wars Show features Pablo Hidalgo of the Lucasfilm Story Group and we get a preview of the upcoming Death Star DLC for Star Wars Battlefront. Watch it here.

A component of the Rogue One toy reveals is a stop-motion mini-series featuring new Rogue One products. You can watch the third chapter on the official Star Wars YouTube channel here.

The Star Wars Studio FX App, from Hasbro, is available on iTunes now. Using this app on a compatible device, you can create video clips of your favourite Star Wars action figures, vehicles and playsets, then add in special effects. Check it out here. 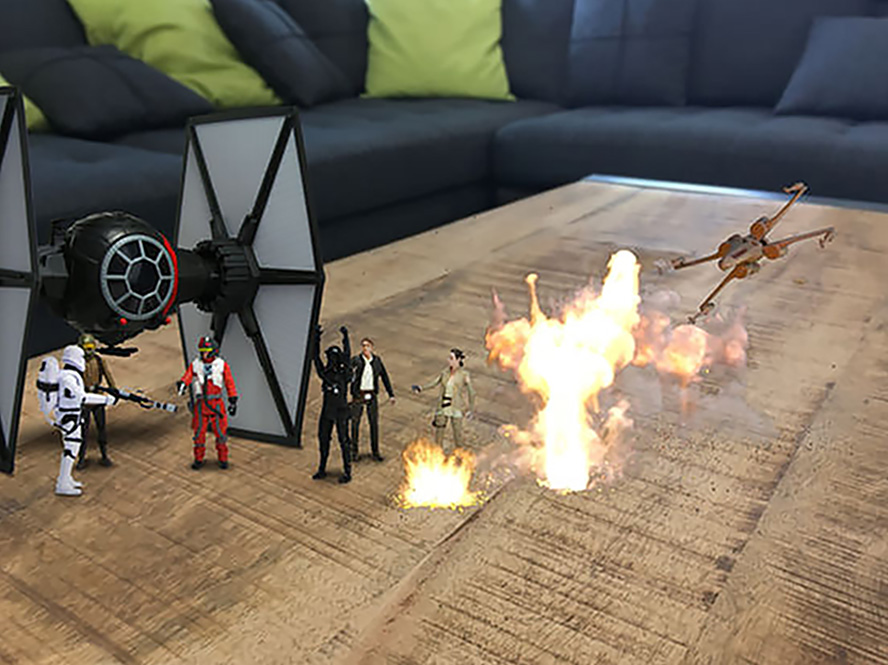 Less than 3 weeks until season 2 of The Mandaloria

It's Star Wars Reads Month - I'm just getting in t

So who's fully addicted to Star Wars Squadrons so

The latest Pandora x Star Wars collaboration is in

The four new, exclusive 6" Black Series Galaxy's Edge action figures have made their way into New Zealand via The Warehouse. Check out your local branch as these have been reported around the country as of this morning. https://swnz.co.nz/2020/10/14/exclusive-galaxys-edge-tbs6-figures-at-the-warehouse/ ... See MoreSee Less

The 6" Black Series version of The Armorer from The Mandalorian seems to be pretty popular and has pre-sold out from a number of retailers. You can currently get it from Zavvi, with a release date of late next month (affiliate link): https://t.cfjump.com/26631/t/… ... See MoreSee Less

With season 2 of The Mandalorian coming up at the end of the month, it's getting hard to keep up with Baby Yoda merch again - wave 2 of the Bounty Collection 2.2" cast figures are up for preorder (affiliate link): https://www.mightyape.co.nz/search?q=The%20Bounty%20Collection&page=1&r=1755803 ... See MoreSee Less