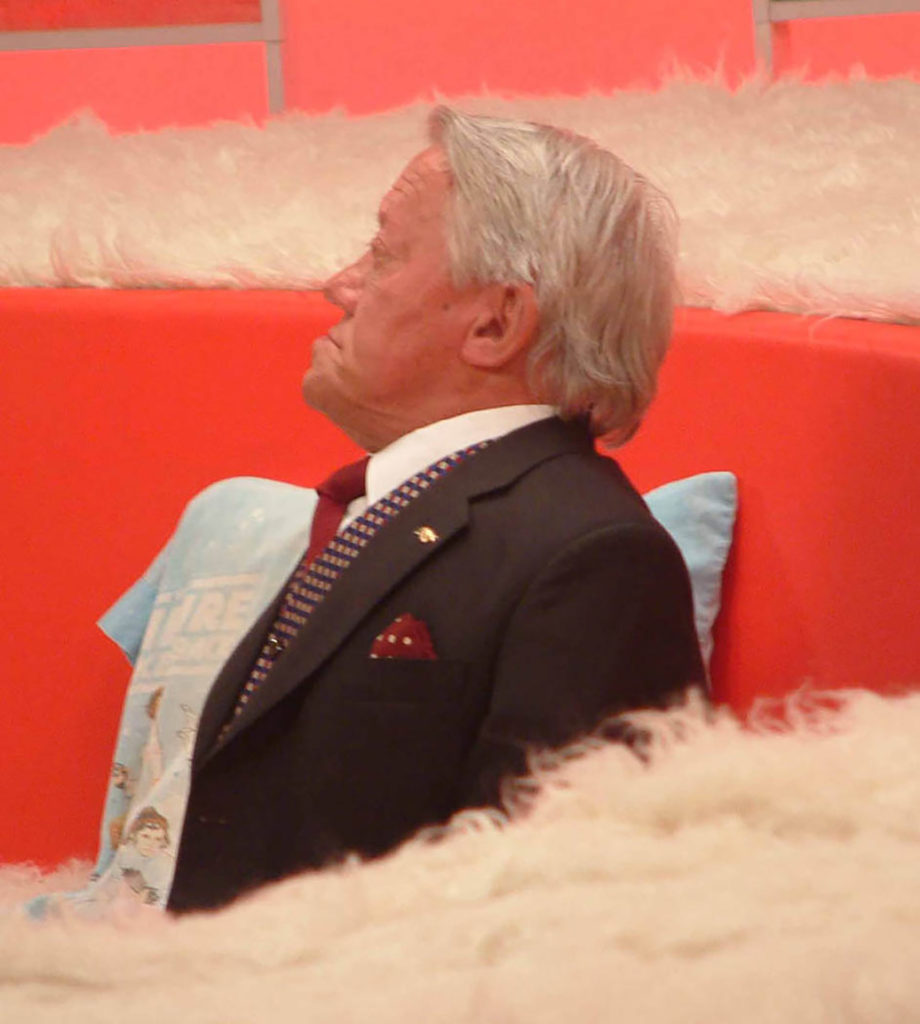 It was with sadness today that I read of Kenny Baker’s passing. Despite ongoing health problems, Kenny had recently appeared at the Celebration Europe convention in London in July. His career spans back to 1950, initially performing mainly with live troupes, until the mid 1970s when he joined the cast of an ambitious science fiction project known at the time simply as “Star Wars”. Kenny gave character to the now famous and much-adored astromech R2-D2. Although his visibility was minimal, his animation of the cylindrical robot contributed much to the development of R2’s character. Kenny will be remembered as being part of Star Wars right from the start.

Baker’s relationship with fans and presence at conventions always went down well. He visited New Zealand in 2003, appearing at the Auckland Armageddon convention in the Aotea Centre. The early 2000s were a bit of a heyday in terms of visiting Star Wars celebrities in our little country, and it was exciting to meet and interact with representatives from the Original Trilogy, collecting autographs and photographs as permanent mementos of those encounters. 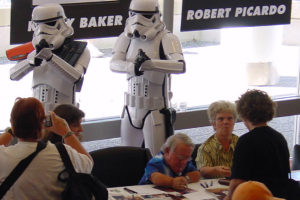 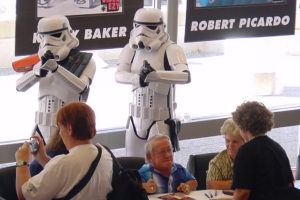 2003 was the first year that I, along with a few other members of the local 501st Legion and related fandom at the time (Rob, Chris, Ross, Kirin), put together a Star Wars display of props, collectibles, and costumes under the ANZ Garrison banner (at the time, the local 501st contingent spanned both Australia and NZ and was know as the ANZ Garrison). Included in that presentation was a life-size R2-D2 that the group of us had been working on, particularly in anticipation of Kenny’s visit. As representatives of that fan-made version of R2, we were lucky enough to be invited to the TVNZ studios for the filming of an interview of Kenny Baker on the late-night music show “Space”. Kenny’s interview went well, with the remote-controlled R2 entering the shot early and standing loyally to the side…the R2 prop behaved as anticipated right up until (fortunately) footage was locked in, shortly after which stray EM interference aggravated him a bit and he began to spin wildly in the direction of the stars and guests of the show. We literally wrestled R2 into submission and pulled his plug just before he got too close to Kenny Baker and his entourage. 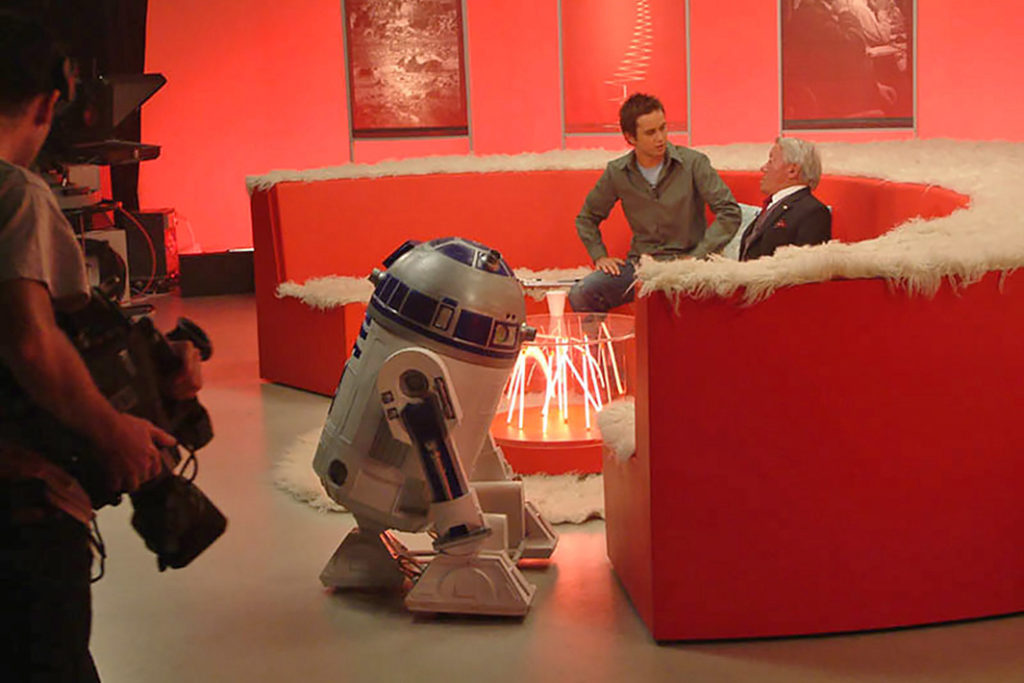 R2-D2 has always been a personal favourite Star Wars character. The Kenner mini-action figure was one of my earliest Star Wars toys, acquired in 1978. I remember eagerly seeking and embracing behind-the-scenes Star Wars material as well as enjoying the film itself, and was quite fascinated by the role the actors behind droid and other non-human characters had in believably populating their fictional galaxy. As a central element throught both the Original Trilogy and Prequel Trilogy plots, R2-D2 is one of the most recognisable beings from the Star Wars franchise. Kenny Baker will be fondly remembered and will remain a big part of Star Wars for all fans.

The New Zealand Herald has more coverage of Kenny’s career and life in this article.

You can join other Star Wars fans in remembering Kenny Baker on the SWNZ Forums here, and/or on our Facebook Group here. 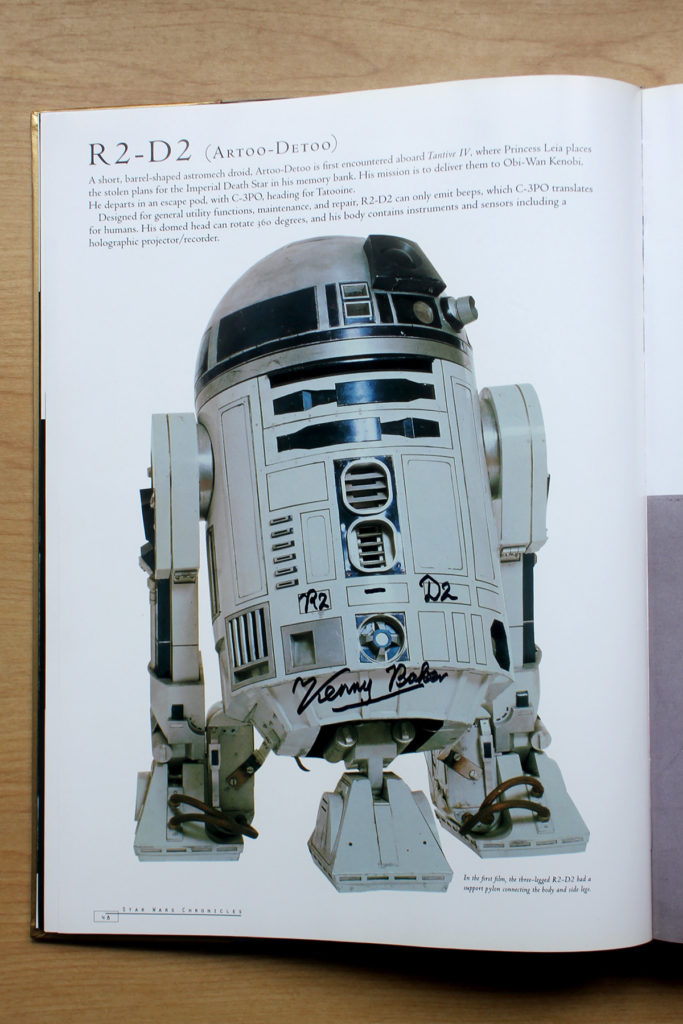