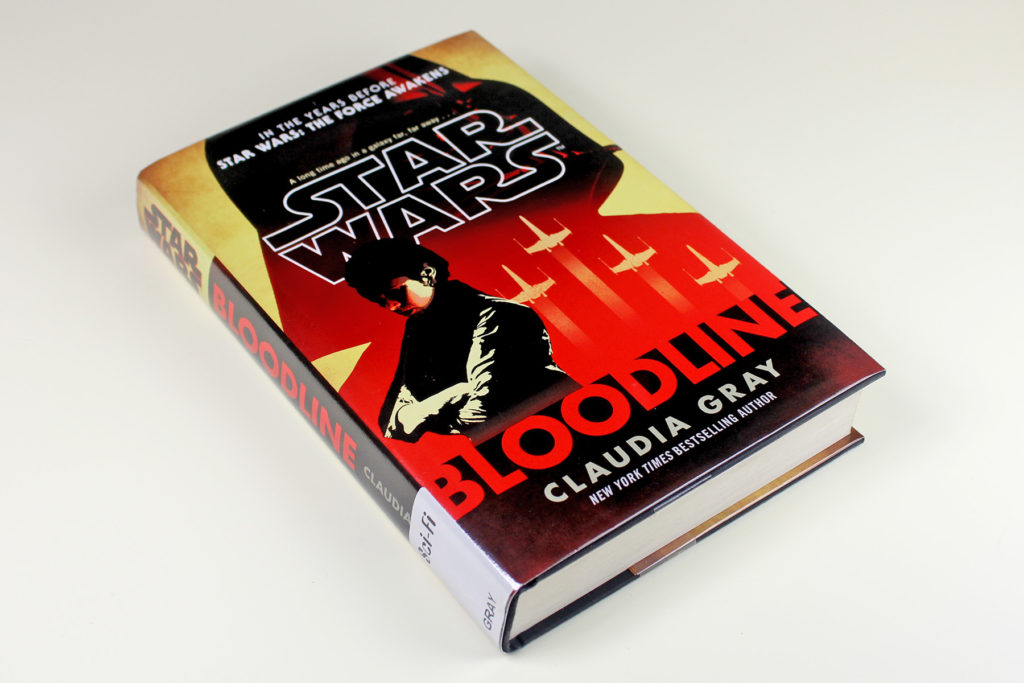 ‘Bloodline’ by Claudia Gray, author of the fan-favourite Young Adult novel ‘Lost Stars’, is set  between the events of Return of the Jedi and The Force Awakens, and as such is tasked with explaining the dramatic transition from the post-Battle-of-Endor peace to the subsequent conflict between the First Order, the New Republic, and the Resistance. The novel is currently available in a hardback edition, with a paperback to be issued in January 2017.

‘Bloodline’  centres on Princess Leia Organa’s role in the shifting New Republic-dominated political landscape that ultimately sees both the establishment of the Resistance military force and the gestation of the First Order. Leia’s genetic relationship to Anakin Skywalker comes in to play as a devastating revelation that threatens her position in the New Republic senate, allowing dangerous opponents to gain a foothold through propaganda and timely manoeuvring.

Gray’s storytelling fits well in the Star Wars canon universe, with a style and plot trajectory borrowing from both Prequel and Original movie trilogies. The book kicks off with a moderately substantial prelude of political context-setting, but soon finds a balance of necessary exposition and fast-paced but relevant action and drama. We see that the landscape of the senate is only apparently bipartisan in nature, with far more complex machinations and intra-party complexity gathering energy below the surface. As the stability of the galaxy begins to strain and fracture, the pivotal developments of Leia’s bloodline becoming public, and the secret establishment of the First Order’s martial foundations, are inserted into the narrative with little fanfare – an approach that catches the reader off guard, echoing the power with which these discoveries impact the dramatis personae of ‘Bloodline’.

Princess Leia is cast about in the turmoil that begins to unfold. Accusations, unsolved mysteries, and incomplete information pile upon her, and it becomes clear that the stability of the galaxy is threatened from multiple quarters. A new pathway… a new course of action is necessary to escape the stagnancy of the paralysed galactic government and fend off an enemy growing in the shadows.

The purpose of the Disney-era New Canon is for all tales and literature under that umbrella to appear as a consistent component of a coherent strategy. ‘Bloodline’ satisfies this intention well. It functions both as an engaging installment in its own right, while satisfyingly filling in the backstory of both the greater Episode VII plot architecture, and Leia’s personal position in the Resistance and relationship to those who surround her.