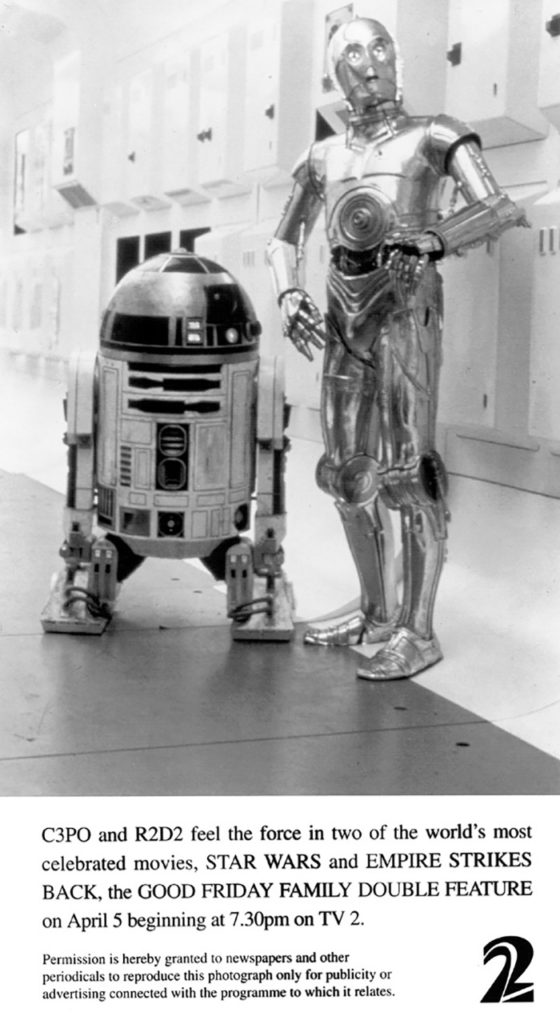 Before the DVD box sets, before the Special Editions, it was a bit more of a big deal when the Star Wars movies screened on public television. The above newspaper photo and copy was released in 1996 to advertise the Easter weekend screening of Star Wars and The Empire Strikes Back on New Zealand’s TV2 channel.

Join the discussion this topic in the SWNZ Message Boards.