The Warehouse has a great sale on the Hasbro Episode 7 ‘Battle Action’ Millennium Falcon vehicle – usually NZ$299.99, now on sale for just NZ$80.00! The vehicle includes the Finn, Chewbacca, and BB-8 3.75″ action figures. Price is valid until 10th July 2016, while stocks last – The Warehouse can ship nationwide.

This vehicle playset also includes 3 figures: Chewbacca, Finn (Jakku), and BB-8. Discover the exciting stories of good versus evil in a universe of heroes, villains, and aliens with this Battle Action Millennium Falcon vehicle. 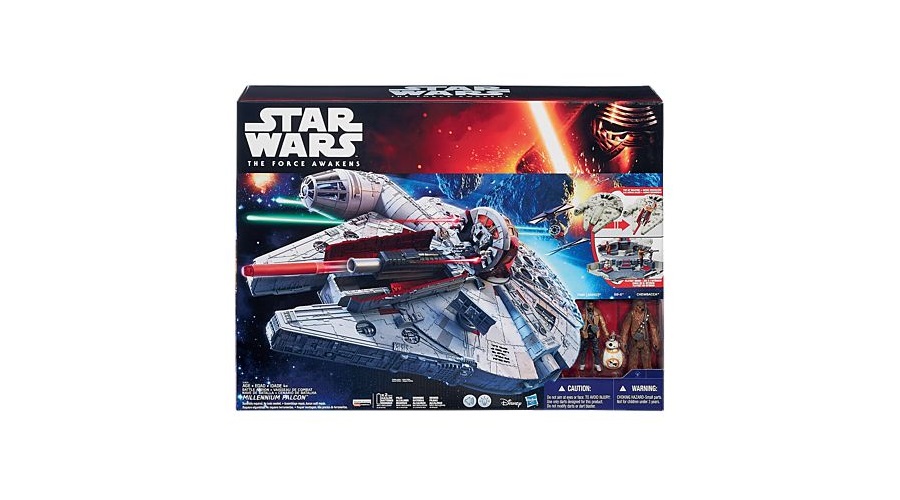 Photo sourced from and belongs to The Warehouse.