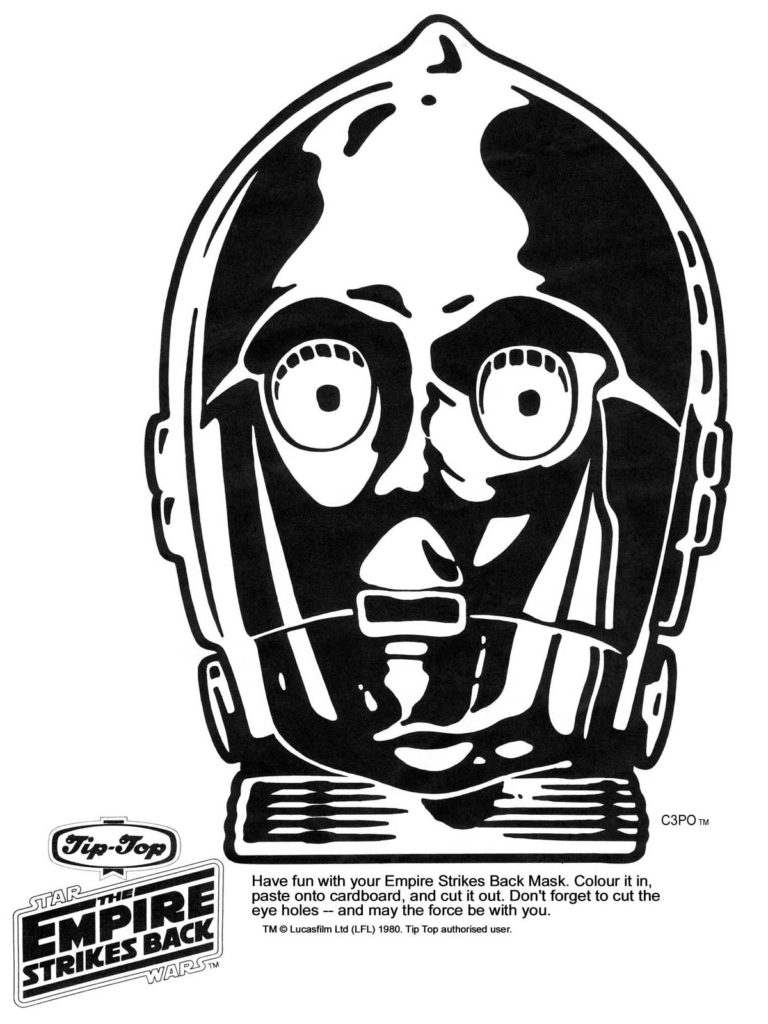 Following on from the success of the R2-D2 Space Ice ice-blocks and collectible sticker set, the Tip-Top Ice Cream company released a second Star Wars themed ice-block/collectible run in 1980, in conjunction with the screening of ‘The Empire Strikes Back’ movie. This time around though, instead of stickers the giveaway item was a set of four paper cut-out masks, featuring monochrome character line-art that, at the time, hadn’t been used on other products. The instructions on each mask read “Have fun with your Empire Strikes Back Mask. Colour it in, paste onto cardboard, and cut it out. Don’t forget to cut the eyeholes — and may the force be with you”. Colouring in the stormtrooper mask seems a bit…redundant! 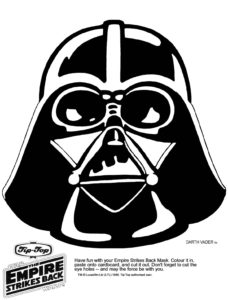 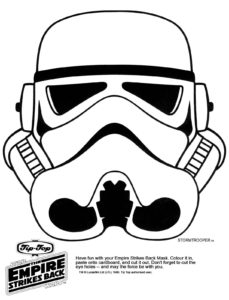 The ice-block itself went by the simple (but slightly unusual for a food item) name of ‘Darth Vader’. It was described on its packaging as having a ‘lemon flavoured milk ice centre covered with lime and boysenberry flavoured water ice’.

There is also a now very rare advertising poster for the Darth Vader ice-block that reminds us of the rate of inflation. Back in 1980, not only did 20 cents buy you boysenberry-tipped lemon ice confectionery, along with the “free mask, while stocks last”, but you also got to “feel the Force when you taste the flavour”. 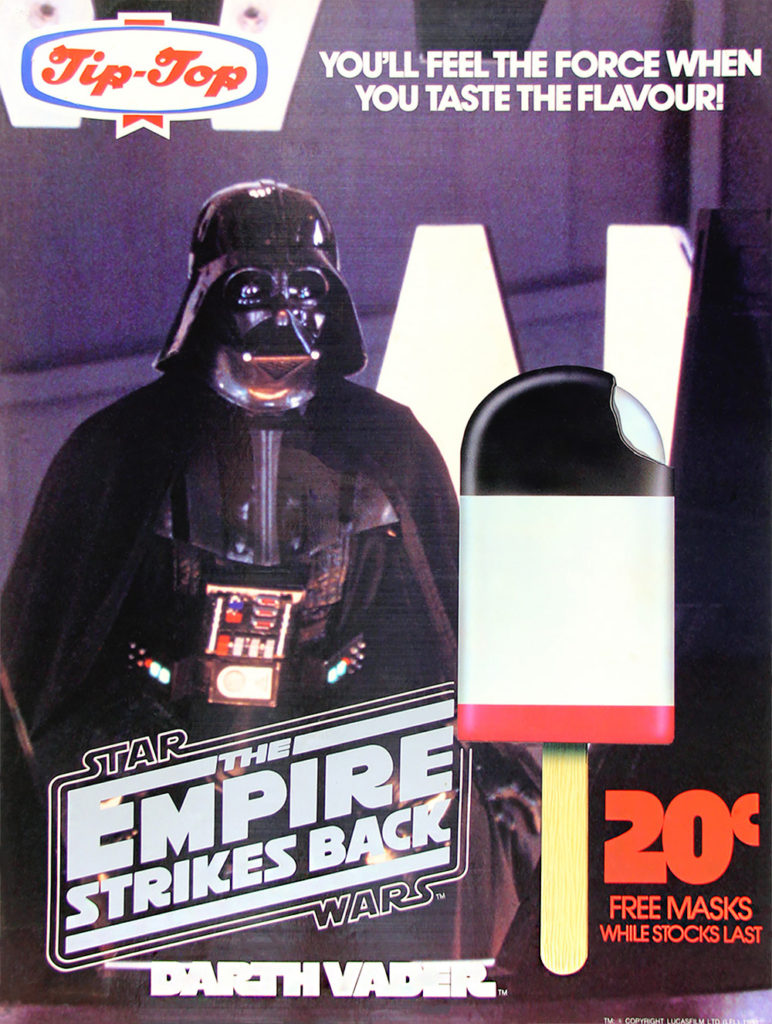 During the original trilogy era, Tip-Top made frozen confection items, with associated giveaways, for each of the movies. These classic food-related collectibles were a big deal in their day, and are associated with fond memories for Star Wars fans who were around during that golden age – it is in part this familiarity and positive connection that inspired the inclusion of the mask graphics in the 2016 SWNZ logo re-design. 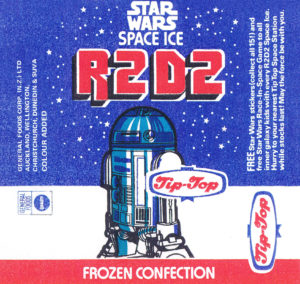 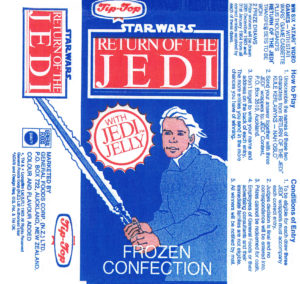 Celebrate the Tip-Top ESB masks with apparel from the SWNZ Merch Store.