Collecting with a Code of Honour 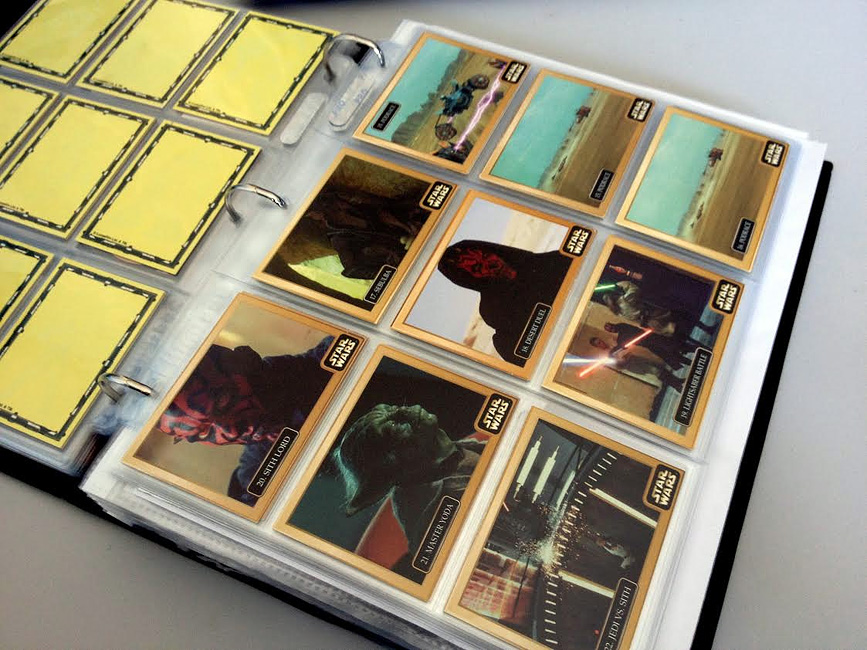 Star Wars New Zealand supports the “Collect to Collect” programme, an ideology initiated by Rebelscum.com to promote a cooperative Star Wars collecting community. The following perspective encapsulates the rationale for that philosophy…

It was on a cold August morning in 2008 that I found myself huddled outside a Toyworld store in the Wellington CBD. That day marked the release of the first wave of figures for the upcoming The Clone Wars film, and a small group of die-hard fans had gathered for the 7:30am opening. For us, it was the end of an era. The Clone Wars was (we thought) the final time we would see a new Star Wars film on the big screen – and the last chance we’d have to attend a corresponding merchandise launch. The promise of new plastic candy would have been enough to drag me out of bed, but the added bonus of a complimentary ticket to a preview screening of the film sealed the deal.

It was my first time around other hard-core collectors and, in all honesty, I didn’t know what to expect. There were a number of figures I was desperate to get my hands on, but that would be in short supply thanks to Hasbro’s unfathomable distribution system. Would there be a vicious stampede when the doors finally opened? Would it be every collector for himself? I never could have predicted what actually happened.

When the store opened, everyone calmly made their way inside, approached the shelves, and began considerately checking which figures each person was after. Adult collectors patiently stepped aside to let kids have first preference, then worked among themselves to ensure that everyone managed to get most—if not all—of what they wanted. I was shocked. But I came away with a deep sense of pride in the Star Wars collecting community.

The reasons why we collect are many, but one of the best features of the hobby is the extraordinary acts of human kindness it can inspire; kindness that isn’t even limited to those who share the same passion. A large portion of my collection comes directly from the generosity of family and friends – whether it be gifts, souvenirs from overseas travels, or simply assistance in helping me track down rare items.

In 1999 Bluebird released a set of gold-bordered glow-in-the-dark cards to mark the arrival of Episode I: The Phantom Menace. There were thirty cards in the set, with two placed in every 12-pack multi-pack of chips. The promotion ran for a couple of months, but since I only got through one of those bags every fortnight my chances of completing the set were slim. I was twelve years old at the time, and proudly wore my love for Star Wars on my sleeve. It turned out the kids at my school had noticed this. Over the following weeks, my classmates began delivering stacks of these cards to me. They’d been buying chips too. Each day I’d be asked which cards I was missing, and there was a genuine sense of excitement when someone managed to find a card that I was still looking for. I soon built up a full set thanks to that awesome bunch of people.

Around the same time, KFC ran an Episode I promotion that involved the release of six different toys over six consecutive weeks. I dutifully went in each weekend, purchasing one of their “Bucket Head” meals and adding a new toy to my collection. Unfortunately, on my sixth visit I discovered that the final toy had only been given a limited release and randomly distributed throughout the previous weeks. It looked like my collection was going to remain incomplete. For the staff member serving me, however, that simply wasn’t good enough. He searched high-and-low throughout the store before finally finding one of the toys unwrapped and set up as a display piece on his manager’s desk. He nabbed it, and passed it to me with a conspiratorial wink. There’s a very good reason why – to this day – KFC remains by favourite takeaway restaurant.

Sadly, not all collecting experiences are like these. The worst enemies of a collector aren’t other collectors. They’re those outside the community – those whose motives don’t come from a deep and abiding passion, but rather the pursuit of profit. Anyone who has spent time participating in online auctions will have felt the bitter taste of being outbid by a non-collector, only to see the item relisted a short while later at a grossly inflated price. My partner’s recently been bitten by the collecting bug, and it didn’t take her long to notice behaviour just like this. She aptly called it “the dark side of collecting”. 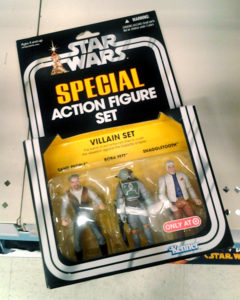 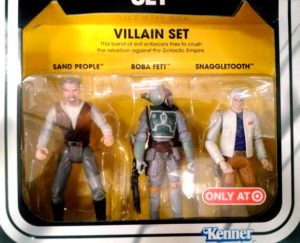 Recently, we’ve also seen a rise in switch-out theft. This practice involves purchasing a figure, taking it home, switching it out for an older figure, then returning it to the store for a refund. I recently witnessed a particularly bad case of this at a Target store while I was in the US. Collectors aren’t really affected by switch-outs as they’ll most likely spot the tiniest mismatch between a product and it’s packaging. Instead, these switched-out figures will be purchased by unwary family members shopping for kids – and that’s what makes this practice so despicable.

But what can we do to fight this darkness? The growing trend of switch-outs is a particularly tough challenge. For now, all we can do is remain diligent, and bring any cases to the attention of store owners. Insofar as online auctions and the pursuit of rare items, there is more we can do. Some time ago Rebelscum.com published the “Collect to Collect” Code of Honor. I recommend giving it a read and using it to guide your collecting habits. It can’t defeat the darkness completely – but it goes a long way towards fostering the sort of positive collecting community I first witnessed on that awesome August morning.

Fortunately, in my case, the good collecting experiences have far outweighed the bad. For this, I owe an enormous debt of gratitude to many people: my parents, my partner, my friends, my fellow collectors on the SWNZ Message Boards, my classmates, and even that staff member working the weekend shift at KFC fifteen years ago. To each and every one of you – thank you.