Heir to the Empire 25th Anniversary 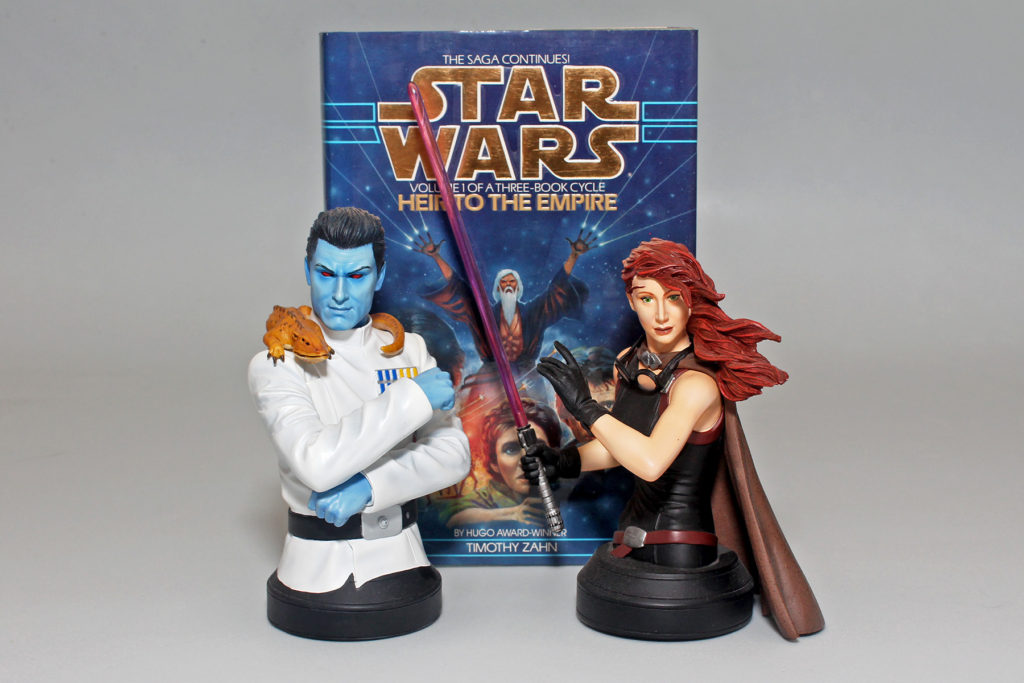 25 years ago, in May of 1991, the Star Wars Expanded Universe entered a new era with the release of Timothy Zahn’s Heir to the Empire, the first volume in a three-book cycle now known as The Thrawn Trilogy. Set five years after the destruction of the second Death Star in Return of the Jedi, Leia, Luke and Han take centre stage against an array of new characters directly and indirectly involved in the revival and reorganisation of the Imperial fleet remnants. Zahn created and introduced an array of fan favourite characters, including Grand Admiral Thrawn, Talon Karrde, and Mara Jade, as well as a line-up of new secondary characters such as Gilad Pellaeon and the clone Joruus C’Baoth. The cover of both the hardcover edition and later-released paperback was illustrated by none other than Tom Jung, the poster artist whose previous contribution to the Star Wars universe was the famous Style ‘A’ Star Wars theatre poster of 1977.

Heir to the Empire was an immediate hit, welcomed by die-hard fans, new recruits to the fandom, and in numeric terms of issues sold – Heir jumped to the top position in the New York Times Fiction Best Seller List by June of 1991. This unexpected success revitalised the Star Wars Expanded Universe, starting a book release schedule that quickly gathered momentum and ultimately became quite a tumult of reading options. Preceding that though, it was a full year before the second book in the series, Dark Force Rising, was released, and nearly a year again after that before the conclusion, The Last Command, made it into the hands of eager Star Wars bibliophiles. 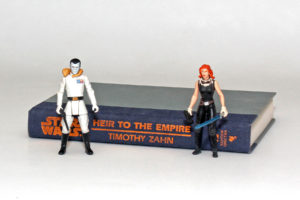 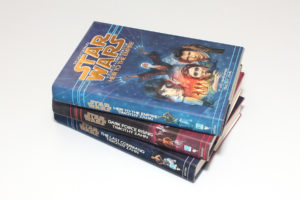 Heir to the Empire has since been the inspiration for many collectibles and tie-ins, including a comic adaptation, action figures, and mini-busts, and the characters introduced in Heir have gone on to show up in many other EU materials. Author Timothy Zahn went on to write further Star Wars fiction, including the duology made up of Specter of the Past (1997) and Vision of the Future (1998).

Following the Disney acquisition of all Star Wars properties, the Star Wars canon underwent revision to re-categorise all previous Expanded Universe works as non-canon “Legends” publications. The relegation of the new players and events of the Thrawn Trilogy were amongst the hardest to bear for passionate followers of the EU. The popularity of Thrawn, Jade, and even Karrde, had given these characters each a life of their own. 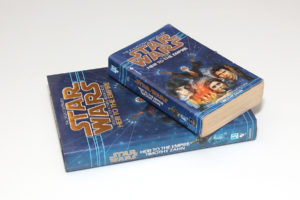 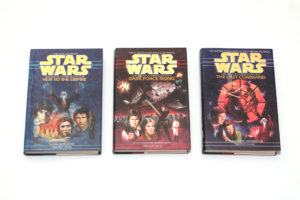 An interesting recent twist to the Heir to the Empire tale is the following tweet from Dave Filoni, in relation to the expected Rebels reveals at the upcoming Celebration Europe convention. Filoni’s shared picture has been confirmed as matching the unjacketed spine of a hardcover edition of HttE… and his comment strongly implies the inclusion of one of Zahn’s Heir characters in the Rebels television series. We won’t go in to speculation here, but the list of possibilities is short. Regardless of who it ends up being, I think this is a great hat tip to this landmark Legends literature.

I’m looking forward to seeing you all at #SWCE 2016! And remember, there’s always a bit of truth in legends. pic.twitter.com/auc6HDDAx1 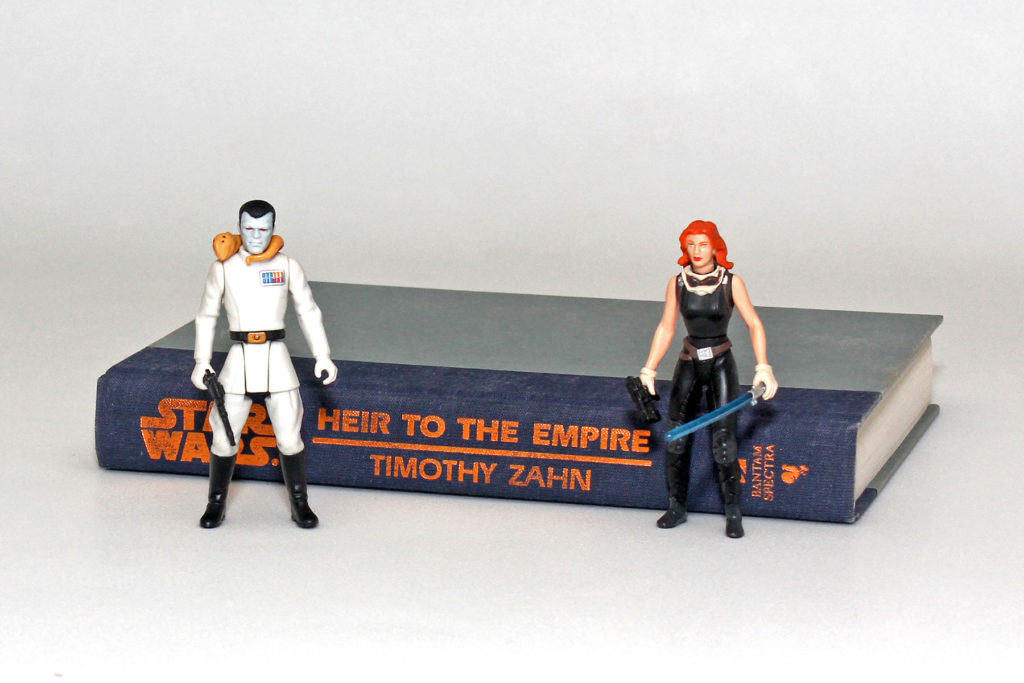 Heir to the Empire is available for purchase from the following vendors (prices correct, in NZ$, at time of writing):

Join in the discussion on this topic over the the SWNZ Message Boards.