This week, Entertainment Weekly’s next Star Wars-themed issue began turning up here in New Zealand. It’s a special collector’s ‘double-issue’, and comes in four different cover variants including Han Solo, R2-D2 and C-3PO, Rey, and Finn (pictured here). The issue features a massive 32 pages of Star Wars coverage, including some brand new interviews with the cast and crew of The Force Awakens, a guide to the new canon, and a very handy timeline of upcoming Star Wars releases. It’s retailing here for $16.90, and should be available in most magazine stores. 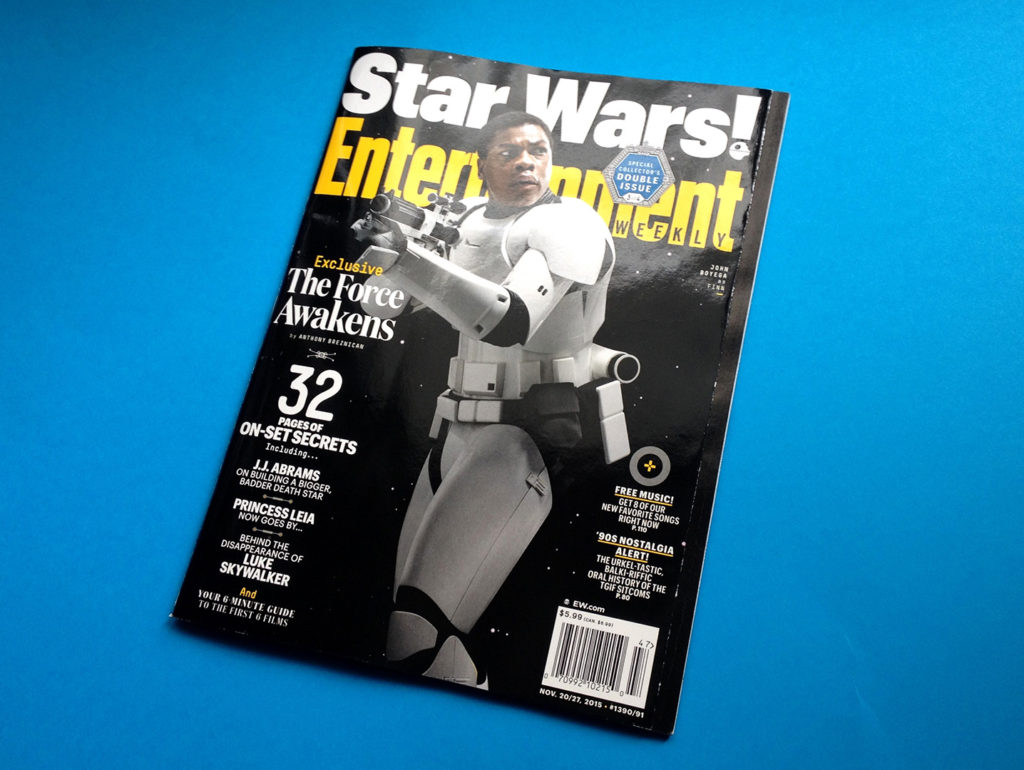 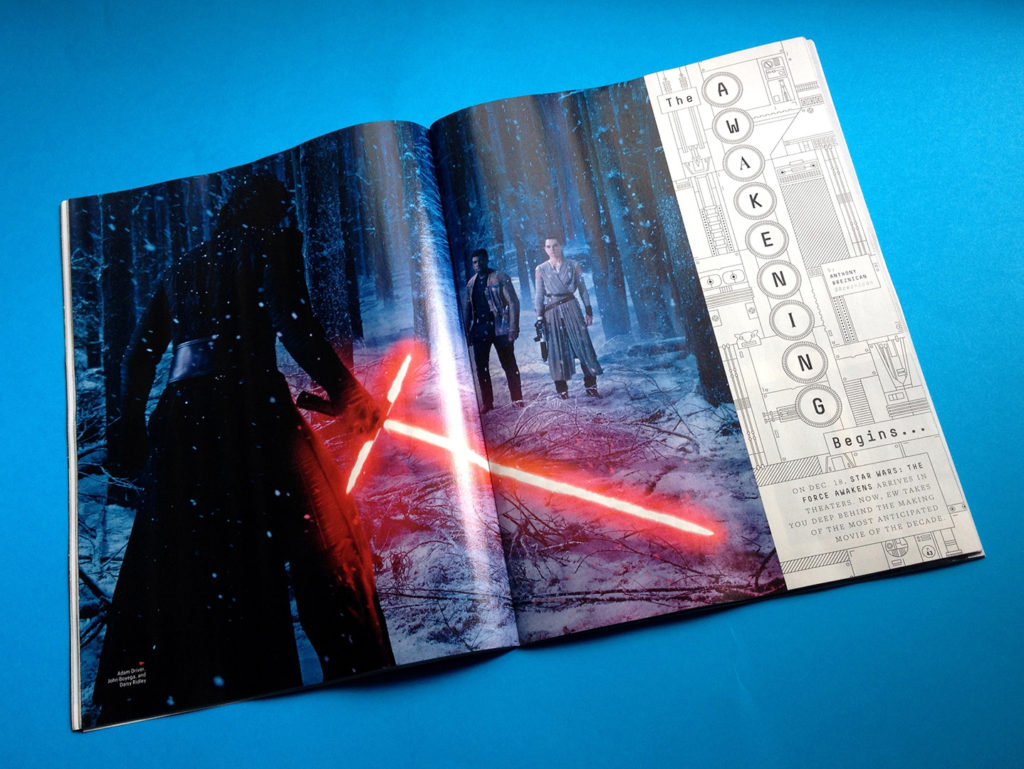