SWNZ staff members Matt and Kristy Glasgow were featured in a ‘NZ Herald’ newspaper article today, about their love of Star Wars. In the excitement leading up to the release of ‘The Force Awakens’ in New Zealand on December 17th, fans are busy working on costumes to wear to the premiere and fan events around the country.

The couple have attended Star Wars conventions around the world and were thrilled in July when they and their 14-year-old daughter Juliet met two of the franchise’s biggest stars, Carrie Fisher and Mark Hamill in California.

Kristy has been busy at her sewing machine creating a new costume for the arrival of the next instalment The Force Awakens, which opens in New Zealand on December 17. 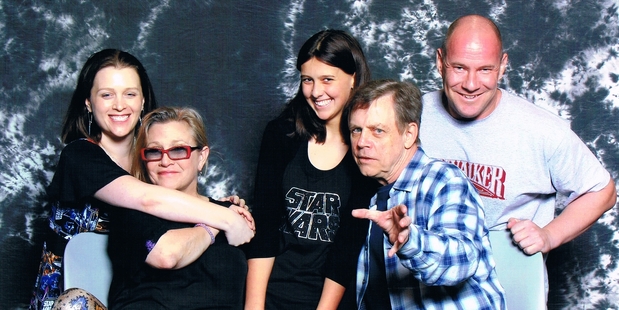