‘The Force Awakens’ teaser posters have been spotted in the wild in NZ. The picture below is from the wall of coming attractions at Event Cinemas in Queen St, Auckland. Note that, unlike the US versions of this poster many would have seen around the internet of late, this one has the day-early New Zealand release date of December 17th.

Join the discussion on the SWNZ Forums.

PS: Also noteworthy is that the same Queen St cineplex has a Star Wars Battle-pod game machine in its arcade. If you’re not familiar with that particular new entertainment opportunity, check out the relevant discussion on the SWNZ Forums here. 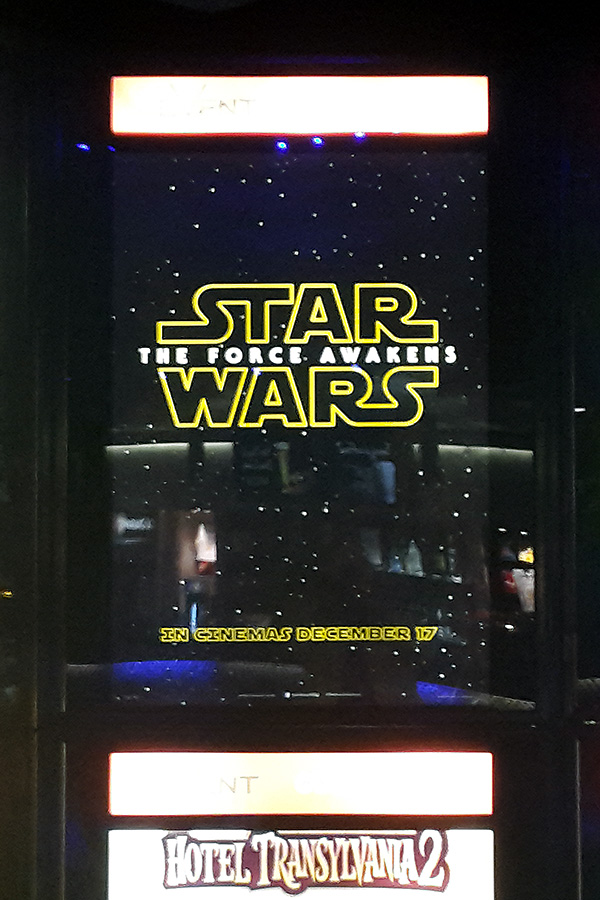