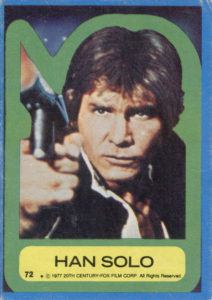 We are immensely pleased to hear that Harrison Ford’s injuries aren’t as severe as some entertainment news sites were reporting, after he piloted his World War II-era plane into a hard emergency landing when it suffered engine problems.

The New Zealand Herald has good coverage of the incident and its outcome. By all accounts, he did a great job of piloting the troubled aircraft to the ground without putting anyone else at risk.

Harrison’s son, Ben Ford, has since posted on Twitter: “At the hospital. Dad is ok. Battered, but ok! He is every bit the man you would think he is. He is an incredibly strong man.”

Previous: ‘Rebels’ AT-DP Vehicle
Next: How Star Wars Rebels is Binding the Galaxy Together