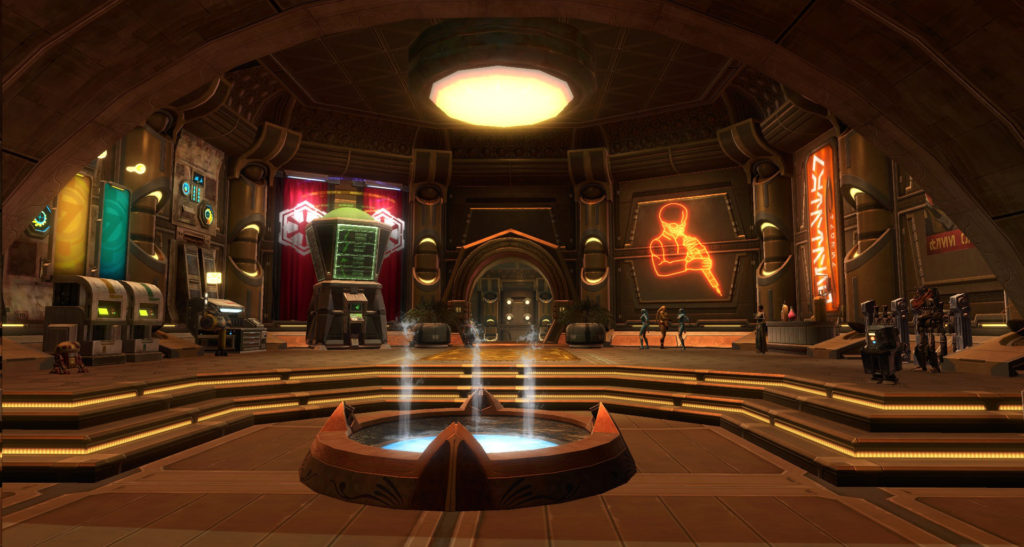 Star Wars: The Old Republic has been going for nearly three years now, and as a subscriber from day one, I’ve seen the game change a fair bit since I played my first character. For those who are considering coming back, or Star Wars fans thinking about trying out the game, now is a great time to join in. As a Star Wars fan with no MMO gaming experience, I was worried I would be lost amongst those who have played other online games for years – but it is a good community of both gamers and Star Wars fans, with lots to offer for everyone.

There is no up-front cost to trying out The Old Republic for yourself, with the game offering a variety of pricing options – from completely free to play, to preferred (any purchase US$5 and over grants this status), and subscriber, there is something for every wallet. For New Zealand players, the West Coast US servers will give the best time zone population levels and connection speeds – ‘The Harbinger’ server is where most Oceanic players reside. The game now offers character transfers, so it is possible to move your characters to the server of your choice. 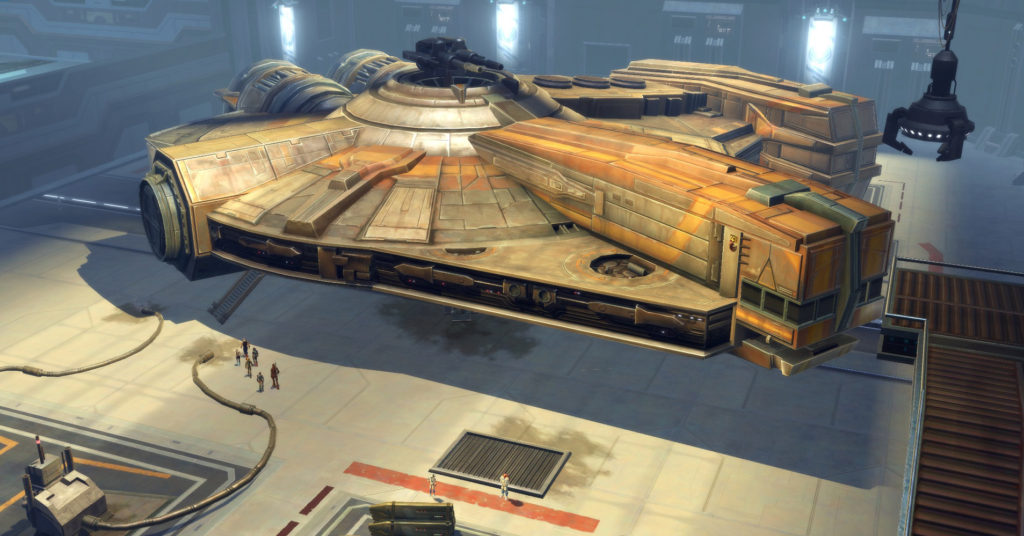 The game has had many features added since it’s initial launch. Armour dyes, Cartel Market, Galactic Starfighter (space player vs player battles), customizable player housing and guild ships are just some of the regular updates the games receives approximately every 8-9 weeks. With three recurring world events and the new Conquest system, there is always something to keep players busy on top of regular daily quests, operations and flashpoints.

Since the launch of the Cartel Market system, there have been many familiar Star Wars utility and cosmetic items, and wearable gear added to the game. We now see regular additions of lore outfits, as seen in the Star Wars expanded universe, from games such as Bastila Shan’s costume from KOTOR, and from comics such as Naga Sadow’s outfit. New speeders often have a touch of existing Star Wars designs, like Darth Maul’s speeder from Episode 1 and AT-ST’s from the Original Trilogy films – and of course the celebrated addition of animal mounts such as rancors, dewbacks and tauntauns. The expansion of cosmetic gear is a great improvement over the limited range of options available at launch, with improved graphics and detail compared to the older gear.

Game update 3.0 is scheduled for December 2nd, together with the second expansion pack, The Shadow of Revan. For current players, we have seen the recent ‘Forged Alliances’ storyline and flashpoints building up to this new expansion – as a KOTOR fan, I’m very excited by what we’ve seen so far. For accounts which pre-order the expansion pack, all story-line quest experience is boosted x12 together with free skill training until the expansion release, helping your low level characters get to level 55 faster in preparation for the new level cap raise to level 60 coming with the expansion. 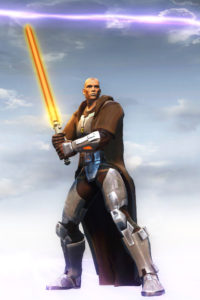 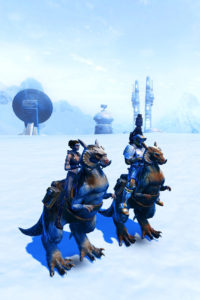 With the closure and merging of the Australian servers into the West Coast American servers in 2012, it may have seemed like there aren’t many players from New Zealand/Australia, but that isn’t the case. In particular, The Harbinger (a West Coast pve server) has a large Australasian community, with guilds and squads that run events/raids at suitable local times. The now merged ‘super servers’ ensure good population levels, so there’s no worry about not finding other players to group with during New Zealand gaming time zones.

A particular shout out to Black Squad – a friendly, New Zealand time zone raid group of Imperial-side players from New Zealand and Australia that play end game content together on Wednesday and Thursday evenings. Formed from The Older Gamers guild, but with players from different guilds, they’re always welcoming new players. So if you play on the The Harbinger server, or are just thinking about trying out the game – there are groups out there welcoming to new players wanting to try out the harder content in a helpful and fun environment. 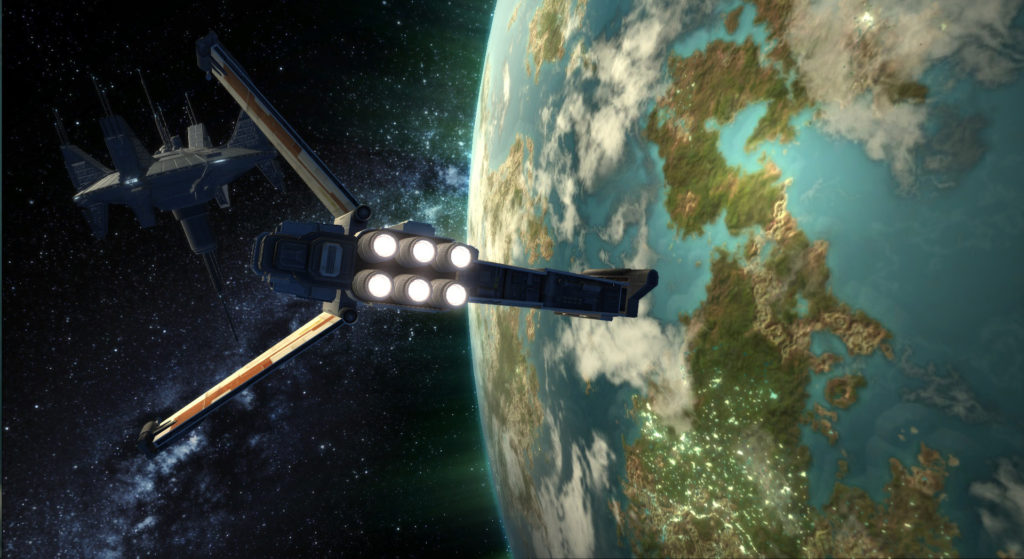 For me as a Star Wars fan, I really enjoy just immersing myself in the Star Wars universe – playing as a jedi twi’lek, riding my tauntaun mount, with a kowakian-monkey lizard pet beside me, fighting wampas on Hoth or defeating a Sith in PVP battle on Alderaan, it really is an great way to have some fun – and you can do it all for free with your friends. Riding around on rancors and imperial walkers, hanging a smuggler frozen in carbonite on your stronghold wall, flying a republic striker starship in space battle, fighting tusken raiders on Tatooine, whether you follow the light or the dark side, prefer a lightsaber or a blaster, there is something for everyone in The Old Republic.

The following Reddit FAQs provide a lot of additional information about the game’s evolution over the last 2+ years: F2P limitations and comparison, returning player FAQ, is it worth it?, major changes. 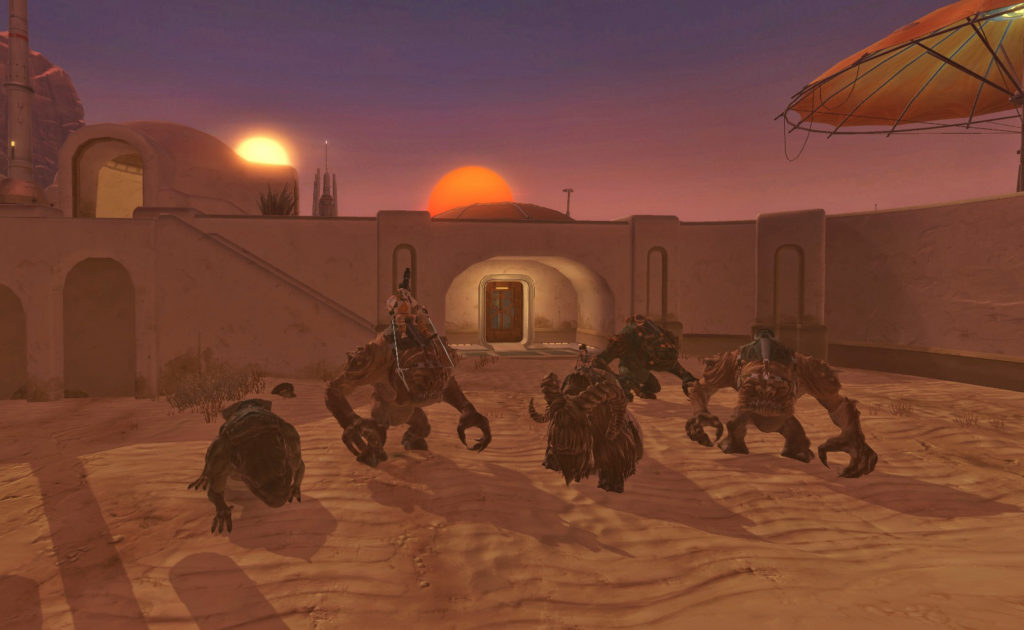 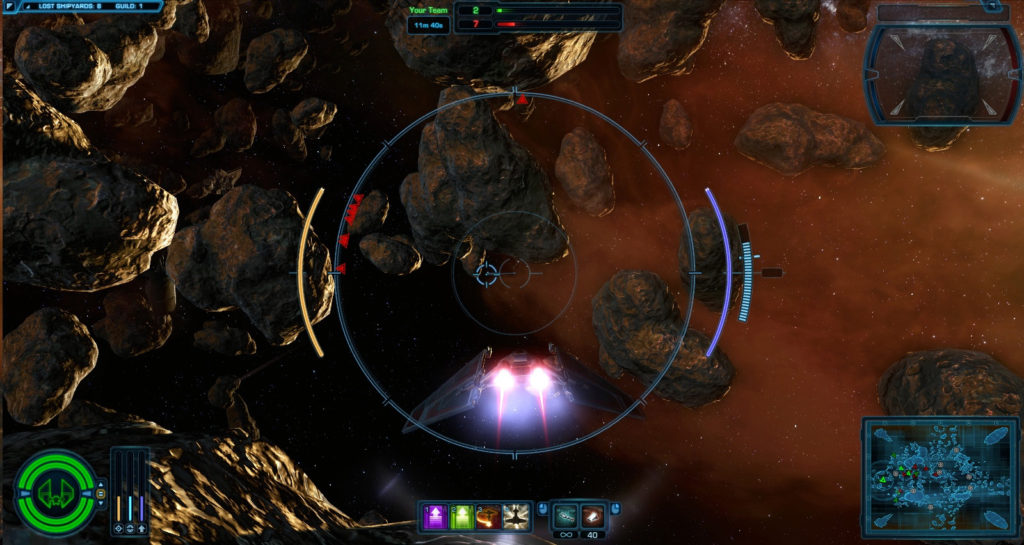