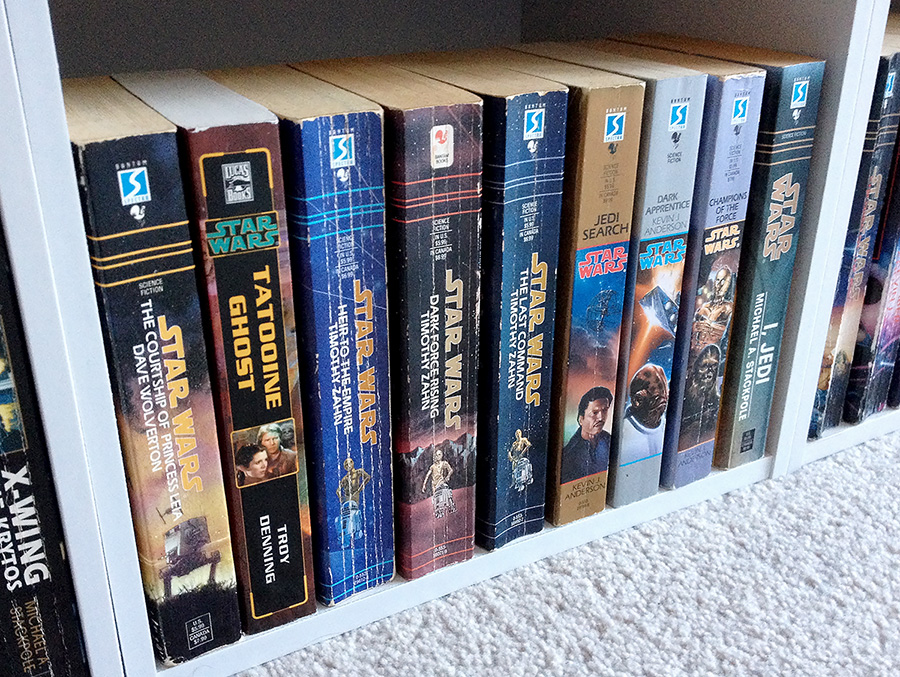 If you’re a fan of the saga, you’ve no doubt been asked the same question many times before: “Why do you like Star Wars so much?” It’s a hard question, and it’s harder still to give an answer that does justice to the deep and abiding love that many of us have for the franchise. Sure, Star Wars contains some of the most well-made films in cinema history. There’s a fantastic plot, relatable characters, spectacular effects, and a magical quality that catches the imaginations of young and old alike.

But for me, it’s always been about more than the films. The most ambitious thing that Star Wars ever did was to go about creating an entirely new universe. That’s why I stubbornly stick to the view that Lucas’s creation is more fantasy than sci-fi. In many ways, Star Wars has far more in common with The Lord of the Rings than it does with, say, Star Trek. Most sci-fi franchises build upon the familiar. Star Wars, on the other hand, starts from scratch. Nothing is taken for granted. Every world, every species, every artifact and device is in need of explanation, and it was this grand endeavour that pulled me in hook, line, and sinker.

While the announcement that Disney would be producing episodes VII, VIII, and IX brought much excitement, it also cast doubt on what this would mean for the “Expanded Universe” of Star Wars novels, comics, and games. A few weeks ago, Disney made its intentions clear. In an announcement posted on StarWars.com they unequivocally stated that episodes VII through IX would not follow the same story as the post-Return of the Jedi EU. From this point on, only episodes I through VI, and The Clone Wars and Rebels series were to be considered official canon. All other Star Wars stories of the last thirty-seven years would now come under the (non-canon) “Legends” banner.

I decided to give it a few weeks before I wrote up my own thoughts on this announcement. Like many fans, my initial response was one of disappointment. I had grown up with the stories and characters of the EU, and they now formed an important part of my love for the franchise. I didn’t want to lose them. With time and consideration, however, I’ve come to see the necessity of Disney’s move. It’s clear that the new Star Wars installments need to be consistent with the existing film and television releases in the franchise. Beyond that, however, it’s understandable that Disney wants to give the maximum amount of creative freedom to its writers by starting with a clean slate. Officially announcing that these new tales will in no way be restricted by existing EU material is the only way of doing this.

It may even be that, for fans, this is the best thing we could have hoped for. While the universe might be changing, nothing is really lost. We’ve always been free to pick and choose which parts of the franchise comprise our own Star Wars universe. For some, this consists purely of the original three unaltered films. For others (like myself), this extends far further. The Legends will live on, and the new theatrical releases will simply give us another take on what might have happened to those heroes in a galaxy far, far away. Maybe the theatrical post-RotJ story will be better than that of Legends. Or maybe it won’t. It’ll be up to each of us to decide – for each of us to build our own universe.

Previous: Tuning in to Far, Far Away Radio
Next: Star Wars Apparel Options for NZ Fans