A Long Time Ago… When Less Was More 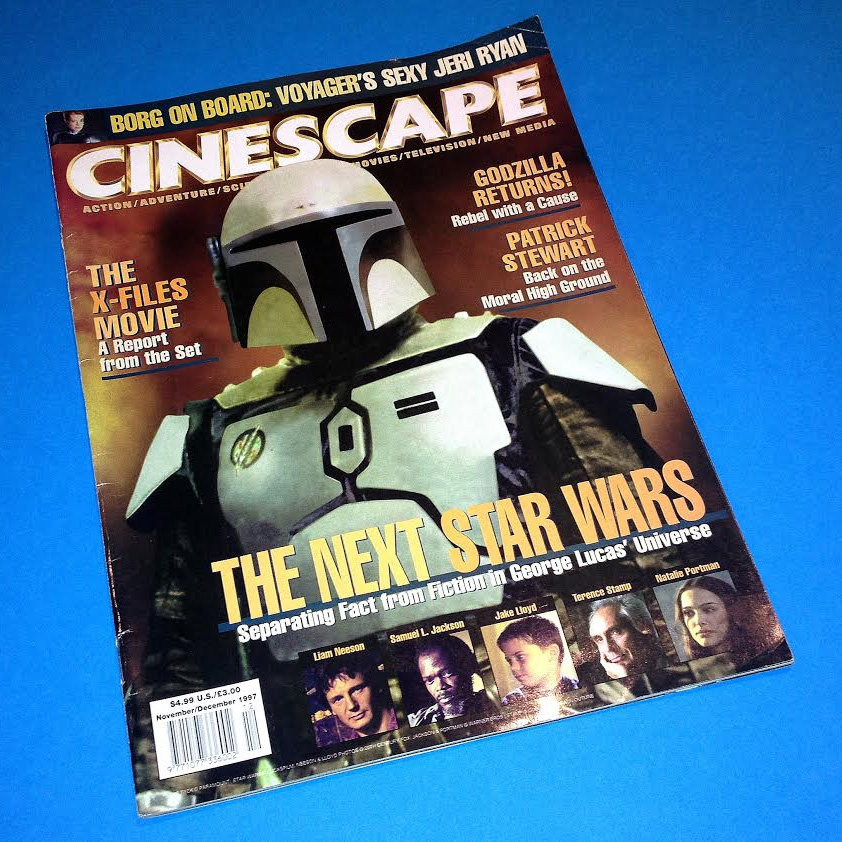 Until a couple of weeks ago hard facts about Episode VII had been thin on the ground. Other than details of the cast and crew, the only official information we’d received was that it was a Star Wars film set some time after Episode VI. Recently, however, that’s all changed. J.J. Abrams’s “Force for Change” video all but confirmed one of the planets that will appear in the film, as well introducing an entirely new alien species to the Star Wars universe. Over the last couple of days less official sources have begun leaking images from the Pinewood Studios and Abu Dhabi sets. As the months go by we’ll no doubt see a steady stream – nay, flood – of other images and details hitting the web.

In this age of immediate and ubiquitous information, it can be hard to remember just how different things used to be. In the late 1990s an internet connection was possible, but rare (in New Zealand, at least). As we bore down on the release of the first prequel film, we relied on other sources for our information: snatches of television news items, unsourced rumours in the pages of Cinescape magazines, and the word of your best friend’s sister’s boyfriend who had spent the morning loading up the fledgling StarWars.com website on his brand new i-Mac.

This lack of information could be frustrating, but it also helped foster an enormous sense of anticipation around the film. Say what you will about the prequels, but it’s hard to deny the excitement that accompanied the first Episode Itrailer when it hit theatres.

Fast-forward to 2005, and things had changed considerably. By the time Episode III came out, the web was saturated with details of the film. Footage, photographs, and most major plot points were available on-demand for anyone who wanted them. I immersed myself in all of this, but realised (all too late unfortunately) just how much this stripped away the mystery and excitement surrounding the film’s release. It became clear than when it came to details, less was more.

With this in mind, I’ve decided to try and stay as spoiler-free as possible for Episode VII. It’ll be a challenge, especially given the number of Star Wars-related websites, forums, and YouTube channels I frequent. Some information will be unavoidable: the casting, setting and basic premise of the film, for example, and anything contained in the trailers (I’m not missing those for the world). But when it comes to more intricate details of the characters and plot, I’m hoping to stay as ignorant as possible. We’ll see how long my resolve lasts – how strong my clicking-finger can be as my mouse hovers over that link proclaiming “FIRST LEAKED EPISODE VII PLOT DETAILS” – but I can only hope I have what it takes.

How about you? Are you planning to stay spoiler-free? Or will you be lapping up every juicy detail?

Previous: SWNZ on Facebook
Next: Collecting in NZ: Statues, Props, and Prints (Part 1)