May the Fourth/Movie Marathon Recap 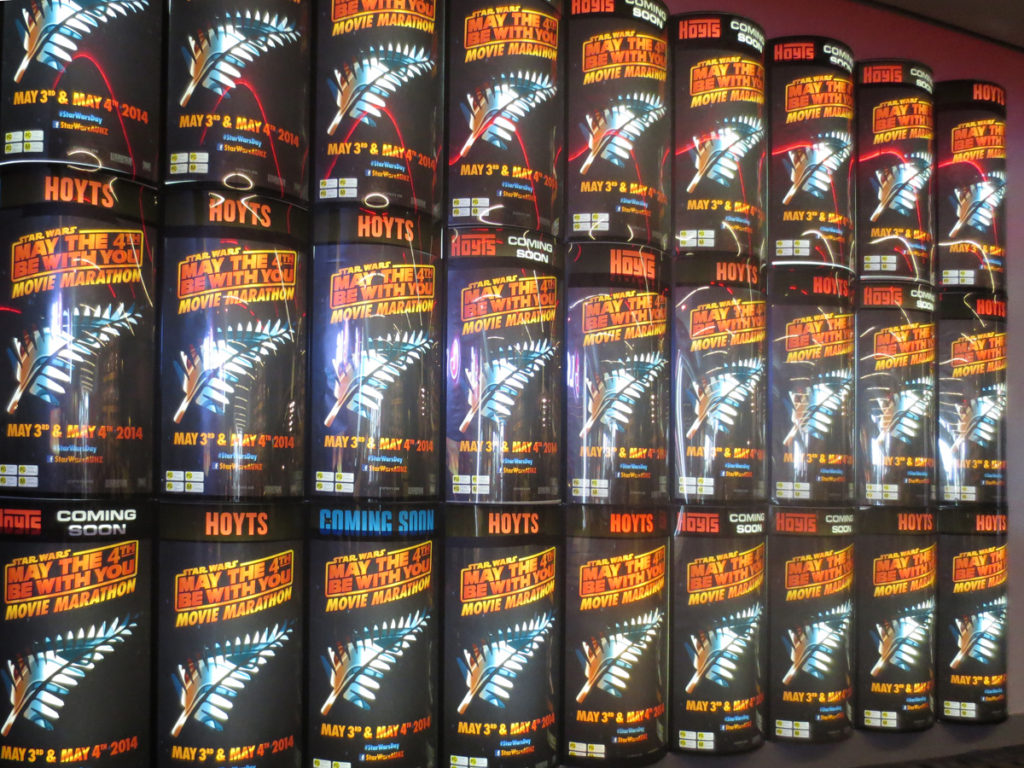 For 2014, the increasingly popular May the Fourth Star Wars Day coincided with a weekend (falling on a Sunday). Whoever the individual in LucasFilm marketing was who came up with the idea to run paired 3-film movie marathons in a number of countries around the world on the Saturday and Sunday of that weekend is a veritable genius. Although May 4th falls on a Monday next year (2015), I personally hope that they opt to run some similar sort of Star Wars celebration as we continue the ramp up to the Episode VII release.

Throughout New Zealand, a total of 8 Hoyts and Event Cinemas screened the prequel and original trilogies on Saturday and Sunday respectively, covering the bigger cities, but also including districts such as Manawatu (Manawatu Standard coverage). Online and bricks and mortar stores jumped in too, with a number running promotions or sales of some sort. The weekend before official Star Wars day, the Pop Kultcha market day group ran a swap meet in Devonport that had featured celebrity guest Peter Sumner, who had a speaking role as an Imperial Officer in “A New Hope” (Facebook post). In addition, the intentional alignment of the Episode VII cast announcement during the week prior meant that a number of different media were running Star Wars articles or commentary – SWNZ staff even featured in a few of these (stuff.co.nz, stuff.co.nz, nzherald.co.nz). The pictures on this page capture a selection of scenes from the Te Awa (Hamilton) Hoyts and Hoyts Sylvia Park screenings, where fans got in to the spirit wearing costumes to support the affair, and/or vie for prizes! TV3 provided video coverage, on their evening news programme, of the Wellington and Christchurch events.

At the Sylvia Park cinemas I noted that the original trilogy films were completely sold out. The prequel trilogy films weren’t quite as comprehensively packed, but were very well patronised nonetheless. It was a very enjoyable experience to watch the beloved movies on the XtremeScreen. The audience relished the atmosphere, very much getting in to the moment, participating with cheers, laughter, and applause scattered throughout the storytelling. It was very much like seeing the space fantasies for the very first time! 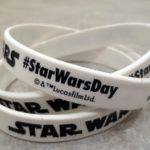 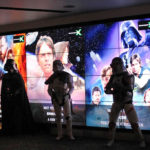 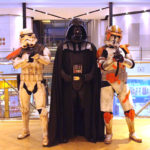 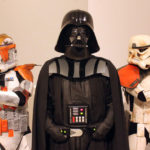 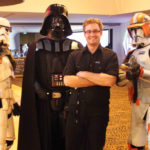 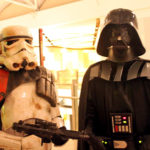 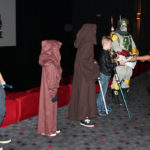 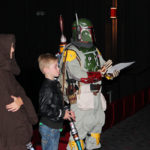 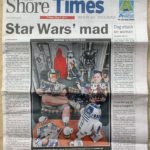 Thanks to Lance G and Freddy C for additional photos.

Previous: Movie Marathon Weekend – May the Fourth Be With You
Next: The Many Reasons to Have Hope in Episode VII