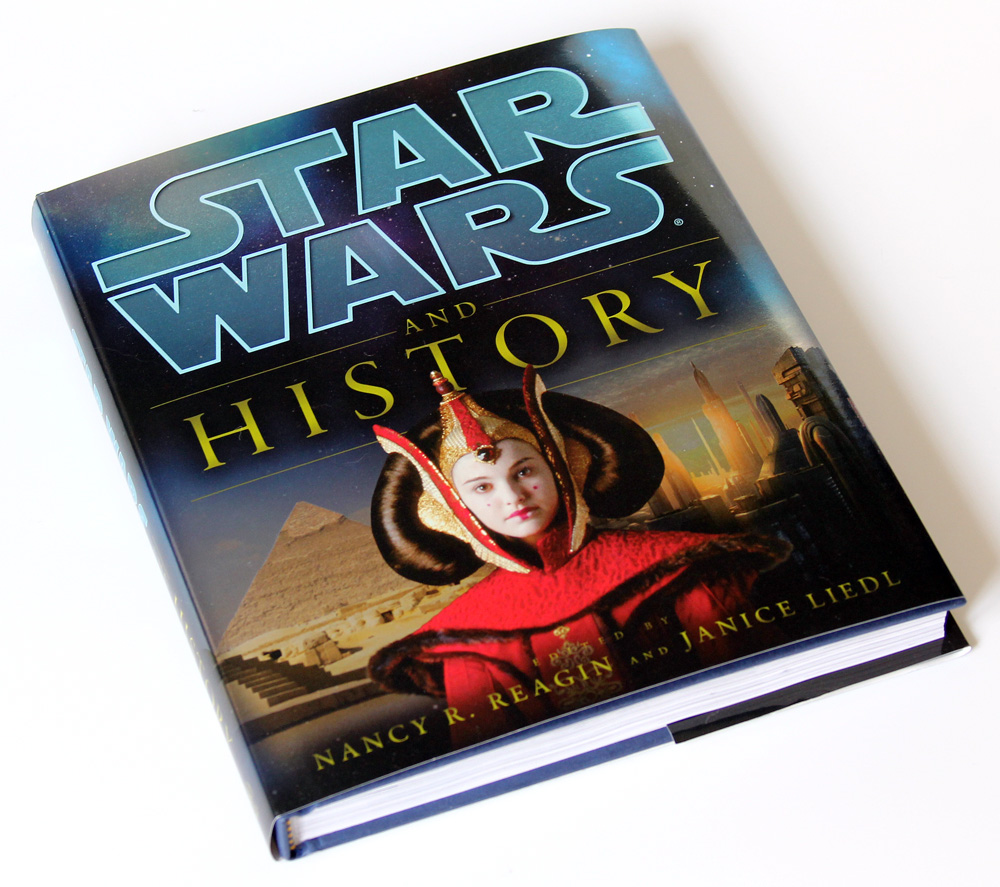 The success of the Star Wars franchise, and in particular, the foothold secured by the first film in 1977, has been attributed to many combined factors – amongst them, timing (in relation to the state of society and contemporary events), production values (including attention to, and levels of, detail rarely seen prior), and foundations in the archetypes of myth and legend. Less frequently analysed, although acknowledged by George Lucas as sources of inspiration, is the connection between the both narrow and broad plot elements to equivalencies in real world history…a correlation which leaves the viewer with not only a sense of familiarity, but perhaps also a heightened appreciation for acts of heroism, or situations of jeopardy.

“Star Wars and History” is an official Lucasfilm title, published by Wiley, that provides “analysis of the historical patterns that influenced the creation and storyline of the Star Wars saga”. It is a hardcover book of 344 pages, partitioned into three main sections: Part 1, “The Wars in Star Wars”, Part 2, “Political Histories in Star Wars”, and Part 3, “Economy and Society in a Galaxy Long, Long Ago”. Each chapter therein is an essay by a different author – experts in their respective fields, from around the globe, including professors of history, award-winning lecturers, retired military officers…most are also long-time Star Wars fans, rendering them uniquely qualified to speak on the relationships between the history of the galaxy far, far away, and that which surrounds and precedes us closer to home. Not just token fans of the Trilogies and Expanded Universe, I might add – be prepared for analogies that involve the teachings of Jedi Master Odan-Urr, references to the planet Tython, and comparisons involving up-to-date material, such as the more recent episodes of The Clone Wars. 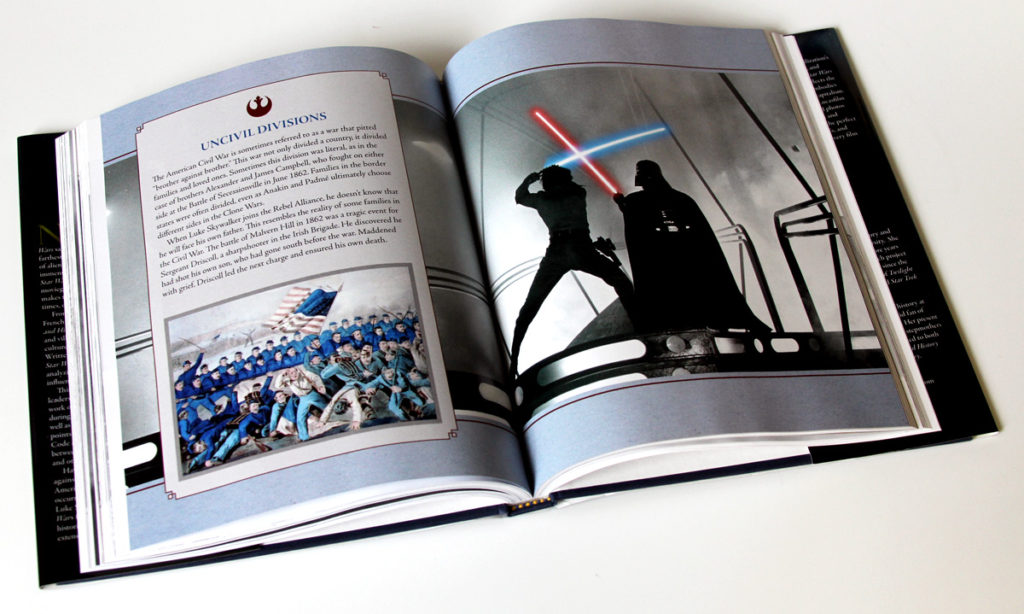 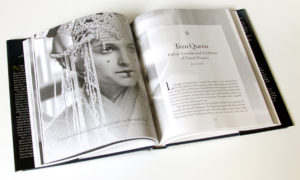 The chapter-level topics covered have some overlap within the book, and a number of the observations will already be familiar to many readers. This does not leave the content appearing repetitive, however, as the writing style of each author is quite unique, and the method of presenting information varies from section to section. Some of the essayists place their emphasis on Star Wars plot elements, and relate these back to terrestrial history, while others take the reverse approach, talking of occurrences, cultures and people of Earth, sporadically drawing comparisons to the events and allegories within the Star Wars material. Personally, my preference lies with the first style of treatment, such as that employed in the exposition of the strategies and phases of a “People’s War” (the approach of the Rebel Alliance, and of the Viet Cong), and in the chapters dedicated to describing the Jedi philosophy as compared with that of Shaolin Monks, Knights Templar, Samurai, and other conscience-driven warriors. Having said that, as I worked through the volume, I soon found myself drawn in to many articles that focused on earthbound affairs like the evolution of the Senatus Populusque Romanus into the Roman Empire, or the relationship between the American Civil War and the Emancipation Proclamation, both because of the topics per se (and their galactic parallels), and due to the captivating quality of prose.

This book has perhaps a few discrete intended audiences. If you happen to be a history student or enthusiast, who has at least a casual passion for things Star Wars, you might enjoy this different approach to that area of academia. If you are a Star Wars fan who knows the name Joseph Campbell and the implications of his seminal work “The Hero with a Thousand Faces”, or if your library contains titles such as Mary Henderson’s “The Magic of Myth”, then the discourses of “Star Wars and History” will very likely also appeal. And if you are a frequent and/or recurrent SWNZ reader who has an appreciation for cerebral explorations of your favourite fandom, then I’d recommend this book as a path to further deepen your appreciation for the complexity and ingenuity that underlies Star Wars.

“Star Wars and History” can be purchased online, directly from Wiley (backordered, at the time of writing), through Fishpond, or via MightyApe. 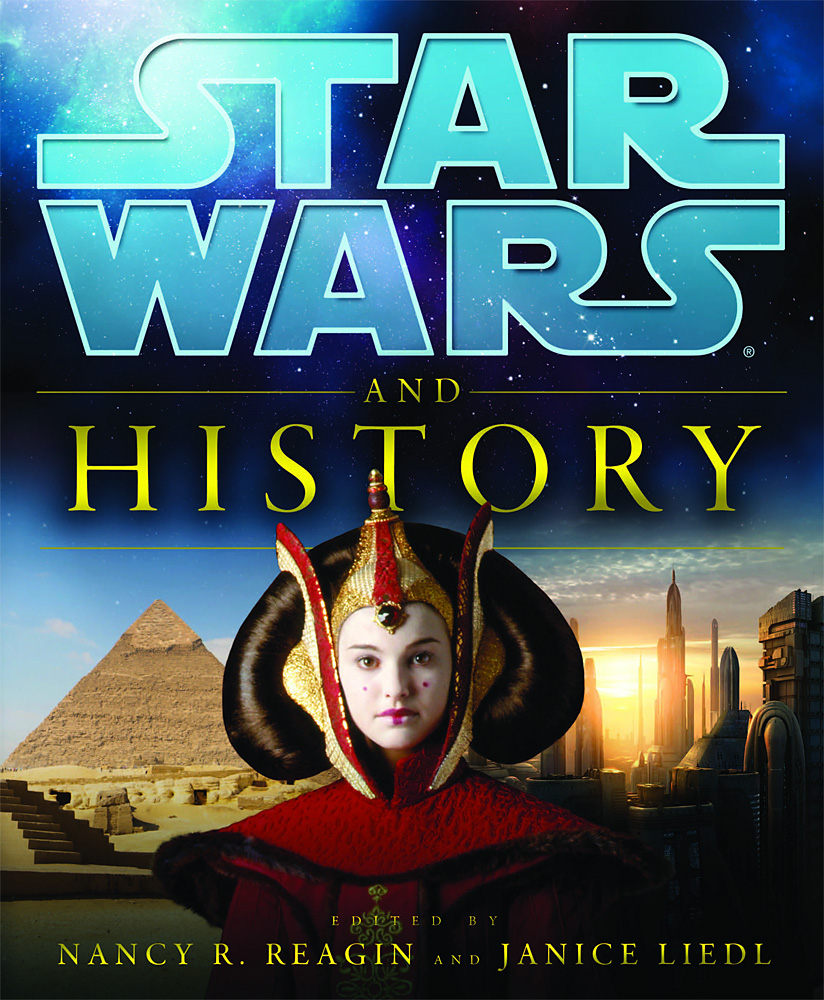