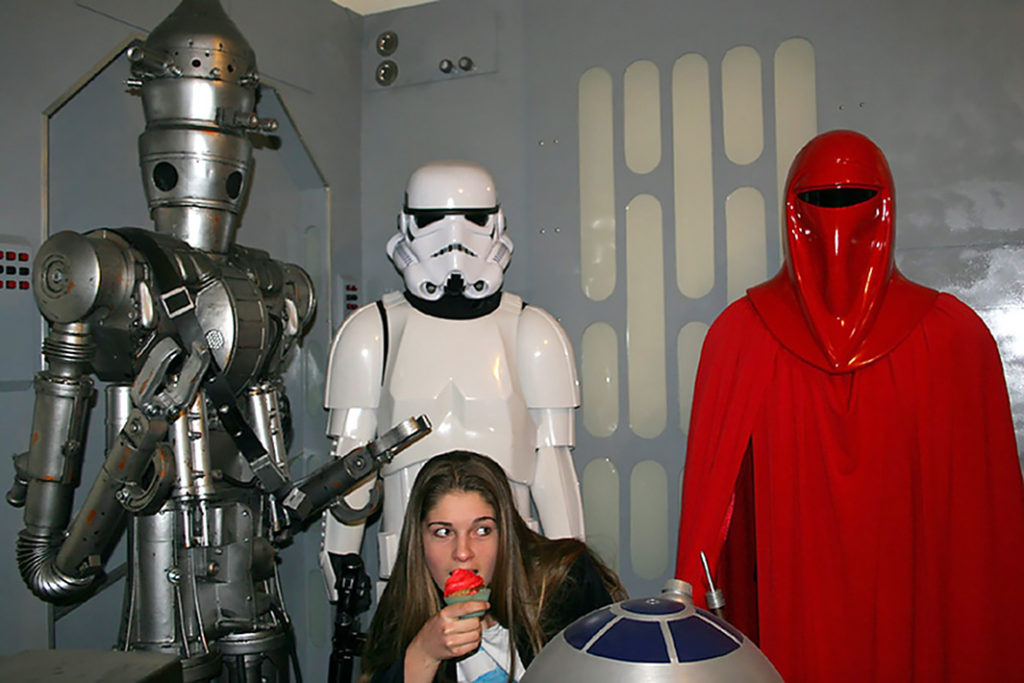 Hannah Clarke, the daughter of a long time contributor, got heavily into supporting this year’s SPCA cupcake day. As well as raising $960 from sales of cupcakes, she entered the two photo competitions. “What’s this got to do with Star Wars?” you may ask. Well, she won the Extreme Cupcake Eating competition with this photo (above) of her eating a cupcake (actually a prop, was a patty tin filled with bread with some icing on it) on the Death Star backdrop among selected Star Wars characters (she’s the human, lower centre with the cheesy expression). Although Hannah isn’t a true Star Wars enthusiast, she felt that it was hard to be more extreme than in space, on the run from the Empire. The photo was clearly the best of those entered in the competition (heck, we aren’t biased). Hannah won a digital camera and some SPCA merchandise for her efforts.

Previous: Store Report – Toyworld
Next: Armageddon is Nigh!