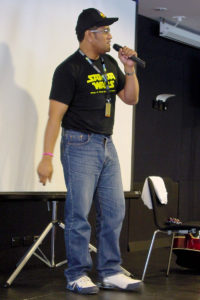 Stuff.co.nz is reporting that “Kiwi actor Jay Laga’aia is talking to George Lucas about a role in a live action Star Wars television series next year.

The series for United States cable television will follow the Rebel Alliance as it slowly gains strength against the the evil Empire.”

Read the full article on Stuff.co.nz/../Kiwi-eyes-role-in-Star-Wars.

Previous: Around the Web – GalacticBinder.com
Next: Free Offer – SWNZ Collectible Postcard no.1