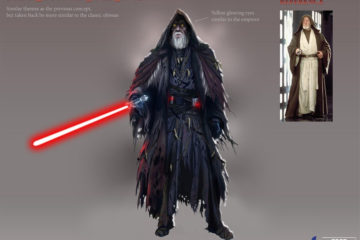 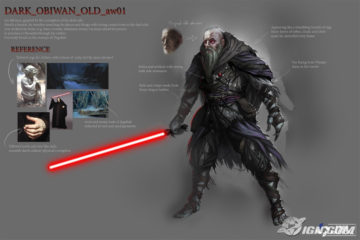 IGN.com is abuzz with new Battlefront III material: Two more leaked pieces of character art made their way onto our desks this morning, and they’re likely the most exciting thing we’ve seen from Star Wars Battlefront III (including the leaked YouTube footage from yesterday). They show a design for someone named Dark Obi-Wan. There’s a description in the upper-left of one of the images that reads: “An old man, gnarled by the corruption of the dark side. Mostly a hermit, he wanders searching for places and things with strong connections to the dark side. Any artifacts he finds, (e.g. force crystals, talismans, bones) he keeps about his person in pouches or threaded through his clothes. Currently, found in the swamps of Dagobah.”

And check out the leaked footage – youtube.com/watch?v=azxGBYm41Z8 – before it disappears.

Previous: Star Wars Insider no.106
Next: Message from eFX Collectibles