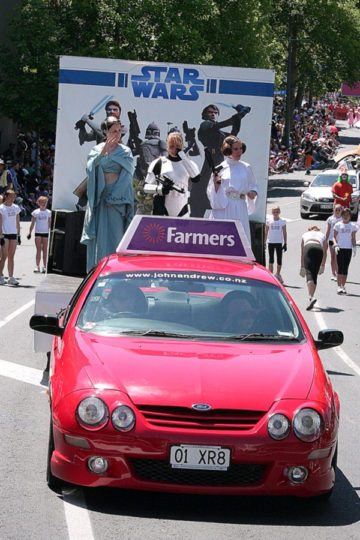 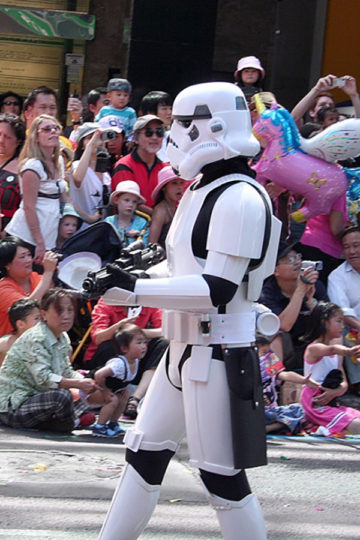 The 75th Farmers Santa Parade took place in downtown Auckland this past weekend (Sunday 30th November). An estimated quarter-million spectators were packed tightly along Mayoral Drive, Queen and Albert Streets to cheer on the 200 floats and countless paraders which included a Hasbro-sponsored Star Wars entry. A dozen costumed members of the Outpost-42 and Rebel Legion NZ fan groups joined clone-helmeted Hasbro staff to promote all things Star Wars (including Hasbro toys and collectibles, bought to our attention in time for Christmas, of course!)

The weather was impeccable, the crowd excited and appreciative. It was a day of first-class family fun, and on which promises to herald in an even bigger Star Wars presence next year. 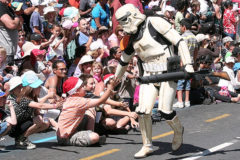 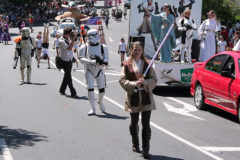 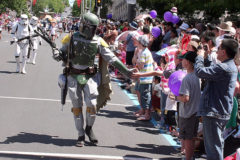 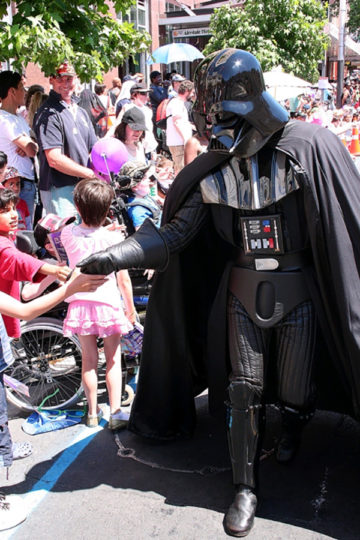 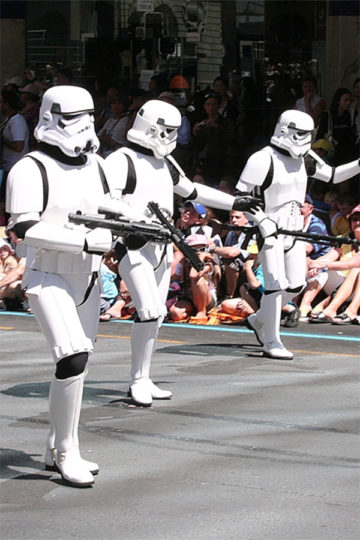