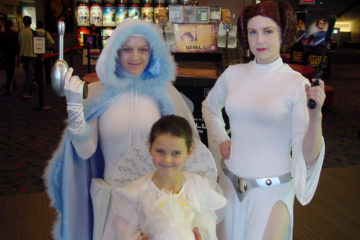 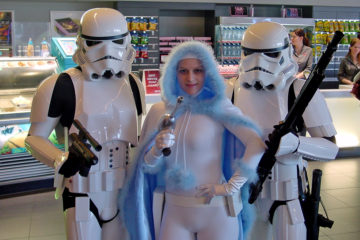 Earlier today Classic Hits 97.4FM hosted the New Zealand premiere of the Clone Wars movie, for a selection of invited guests, at Hoyts Cinema, Sylvia Park. Costumed fans from the NZ Rebel Legion and Outpost-42 Garrison were in attendance. This was a very auspicious occasion – although it begins as a theatrical release, this screening heralds the firm transition of the Star Wars phenomenon to the small screen. It is an exciting time for Star Wars fandom, and, having had a few hours to absorb, and reflect on, the viewing, I believe the The Clone Wars lives up to its promise.

As we all know, the Clone Wars will be a computer-generated animation series covering events between Star Wars Episodes 2 and 3. The Clone Wars movie precedes the televised series. We see this volume of the Star Wars story through a stylised lens – there are some minor deviations from canon detail, but in a way that is consistent with, rather than distracting from, this reinterpreted feel. The wear and tear that famously brought realism to the two trilogies of movies remains and the background is teeming with familiar hardware and species…so we are left with no doubt that this adventure exists in the Star Wars universe. I would even go so far to say that some of the designs and modes of storytelling surpass the prequel films in particular – drawn-out, introductory political discourse is dispensed with, and the premises for the fast-paced action are narrated in the opening 60 seconds. The plot lines are fairly linear, with only occasional parallel streams, and uncomplicated, but without coming off as being predictable. The combat action is as frenetic as we have come to expect from Lucasfilm-scripted skirmishes. Obi-Wan, Anakin, and padawan Ahsoka Tano carry the most screen-time, but other key players from the both trilogies show their face, and a few other introduced characters are very likely to feature in subsequent television episodes.

Part of the formula for success, I believe, is that The Clone Wars is born of the hard work of a director who is a longstanding Star Wars fan, and a very enthusiastic production team. The voice talent for the movie includes Tom Kane, who previously worked on the Cartoon Network’s original Clone Wars series (voicing Yoda, and others), Matthew Wood (supervising sound editor and voice of General Grievous in Episode III), prequel actors Christopher Lee (as Count Dooku), Samuel L. Jackson (Mace Windu), and Antony Daniels (who has voiced C-3PO for almost every media incarnation of that protocol droid). We don’t get to hear Tem Morrison as the clonetroopers, but the surrogate employed for the kiwi accent isn’t too bad. Catherine Taber does a great job as Padme Amidala – she has history with other Star Wars franchises, undertaking voice work as Princess Leia in The Force Unleashed game, and as Mission Vao in Knights of the Old Republic.

There are a couple of elements that I really enjoyed, and insertions of trivia that hardcore fans should keep their eyes open for. Jawas occupy a background role in the tale, but show up frequently (stay to the end of the credits for a bit of an easter egg); Yularen, an Admiral in the Republic Navy, shows up later in Star Wars continuity as an officer in the Imperial Security Bureau; variations in clonetrooper attire bridge the Episode II and Episode III armour formats – the Clone Wars scouts are a particularly cool design.

The Clone Wars goes to general release on August 14th (ie, this coming Thursday)…I’ll definitely be going to see it again, on, or sometime soon after, that date! And although we then have a minor wait of a few months before television installments hit the airwaves, this milestone launches a new era for Star Wars fans…instead of enduring years between official releases of Star Wars episodes, we will now relish a continual flow of galactic media. 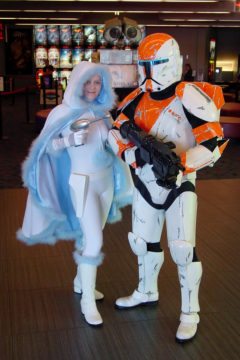 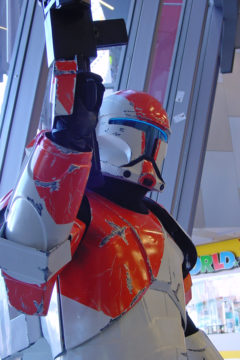 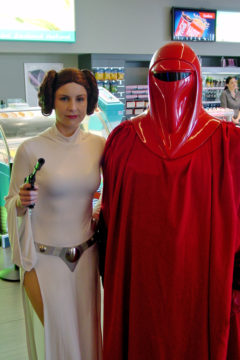