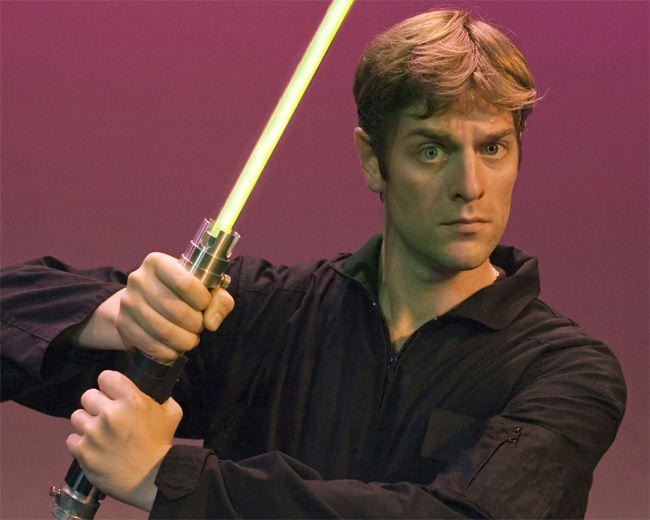 I’ve seen him perform at the Celebration conventions, and totally recommend his show for a laugh-until-you-cry evening! I’m running out of exclamation marks! We’ll keep you up to date as more details come to hand.

From Charles Ross’ official website: Best known as the mastermind behind the infamous One Man Star Wars Trilogy and One Man Lord of the Rings, Charles Ross is a Canadian actor who has followed his heart and his career from one side of the continent to the other. Since first performing his One Man Star Wars Trilogy in Toronto, Ontario in January of 2001, Ross has brought countless audiences, both large and small, to their feet with his surprisingly unique shows.

Word of Ross’s one of a kind talent has spread like wildfire with recent appearances on Craig Ferguson, The Today Show, and Late Night with Conan O’Brien. His off-Broadway debut in August 2005 was a smashing success with critics raving about the incredible intensity that Charles brings to his work. To mark the release of Star Wars: Episode 3: Revenge of the Sith, Charles was honored to perform at Lucasfilm’s official movie release convention, Celebration 3. Even the likes of Vin Diesel and Sir Ian McKellan have taken in his performances with rave reviews.

No matter the engagement, be it a rowdy night out with friends, a matinee with the family or a Sci-Fi conventions for the very dedicated, Charles Ross has entertained the masses with his high-energy and side-splitting romp through Middle Earth or a galaxy far, far away.