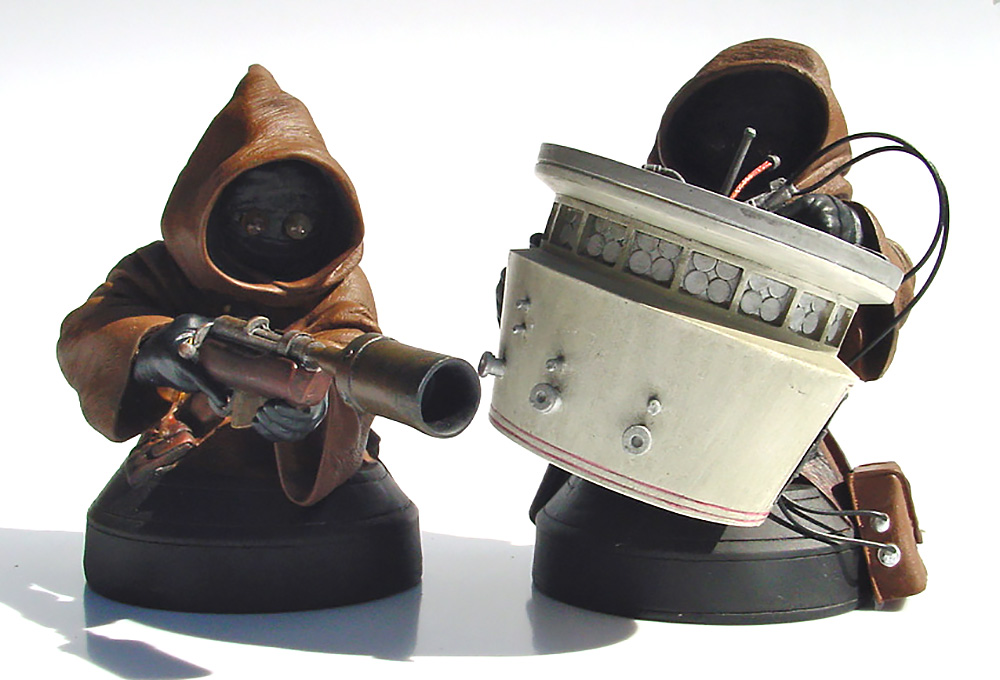 The ‘Figure of the Month’ is a semi-regular SWNZ feature, wherein we take an up close look at a selected character collectible, focusing on interesting features of both the toy and its on-screen persona. We don’t aim to compile an extensive database about all available Star Wars figures, but make a choice based on elements of interest to hopefully expose readers to different collectibles, or new directions of collecting. Today, we take a look at the Jawas collectible mini-busts from Gentle Giant. 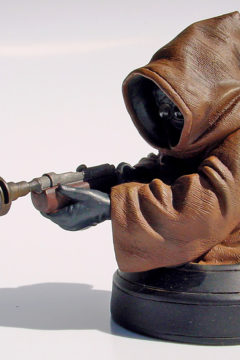 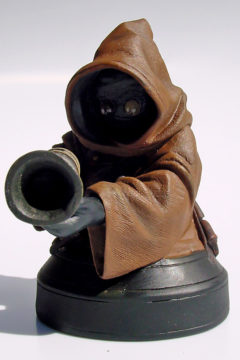 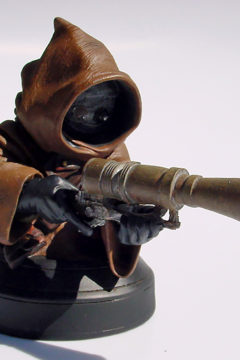 The Gentle Giant Jawa mini-busts are sold as a set of two…well, technically two-and-a-bit, I guess, as creative license has them depicting an off-screen moment where repairs are attempted on a decapitated R5-D4. Each desert scavenger stands approximately 13cm tall, in scale with (ie, shorter than) the rest of the mini-bust catalogue. ‘Blaster’ Jawa has 2 interchangeable arms and ion weapons, so that you can select and swap in the firearm of your choice. ‘Fixer’ Jawa uses a cobbled together power tool to tinker with the innards of the R5 astromech’s faulty brain. It’s up to the imagination of the collector to decide if this takes place after Owen Lars rejects the malfunctioning droid, or if the attempted repairs actually precipitate the explosive destruction of the robot’s motivator. 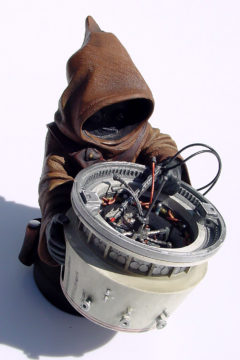 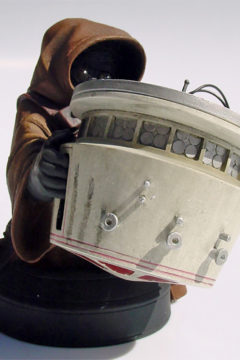 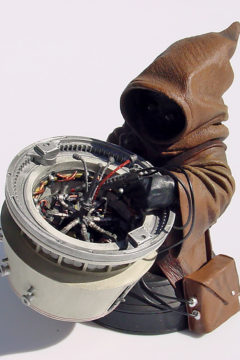 The mini-busts line from Gentle Giant is rapidly growing in both number and popularity. At the time of writing, 77 figures/sets are available, including a number of exclusives and limited editions (checklist and gallery at GentleGiantCollectors.com). The Jawas are part of a subset that feature electronics – running off watch batteries, LEDs simulate the glowing orbits of these Tatooine residents. The light-emitting diodes are a little larger, and perhaps marginally closer together, than a truly movie-accurate representation, giving them a slightly “cute” look. This doesn’t, however, detract from the otherwise immaculate and accurate sculpts, that include detail right down to the texture of the Jawas rough robes, and the delicate and intricate contents of R5’s metal cranium (take care when unpacking these guys…they have some components that are somewhat frangible).

I’m a die-hard Original Trilogy fan, and A New Hope conjures up my oldest memories of the Star Wars universe. These grubby, scurrying creatures show up early in the Star Wars movie experience – I think that contributes to my attraction to these scaled statues, even though I am not (yet) a big collector of the mini-bust series. I suspect however, that ‘Fixer’ and ‘Blaster’ represent the start of a growing number of these Gentle Giant products on my bookshelf. 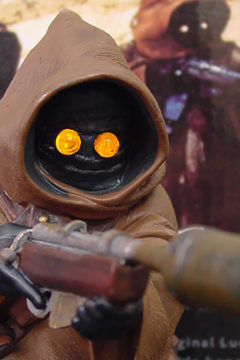 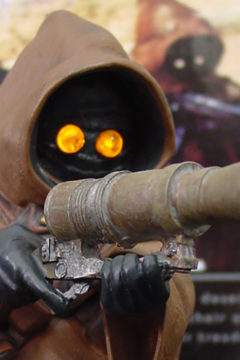 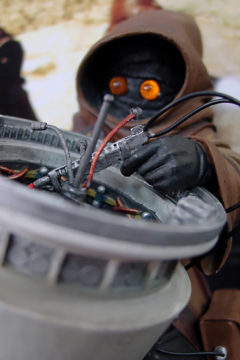