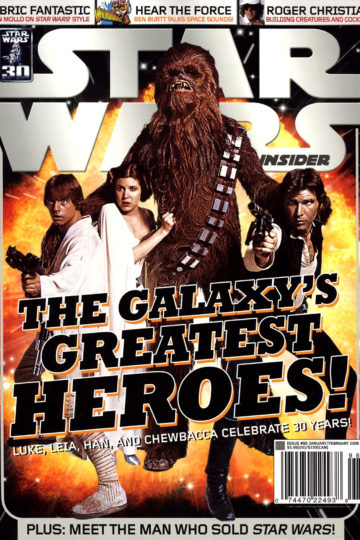 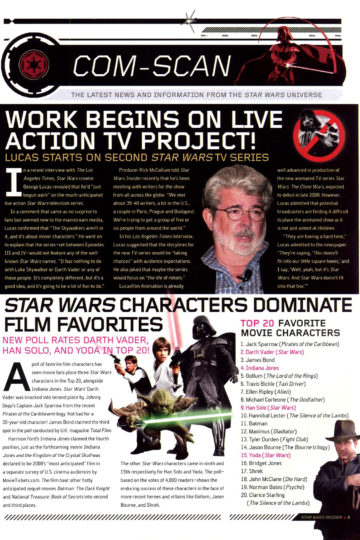 Issue no.98 (no.74 on the cover of the UK edition) of the Star Wars Insider magazine has come around quickly…it’s been showing up in the mailboxes of New Zealand subscribers over the last week. We’ve also been getting a growing number of reports of the Insider magazine becoming progressively more available in bookstores…but you’ve gotta love the convenience of having it delivered to your door!

The material covered within the 84 full-colour pages includes:

If you’re not a subscriber yet, both the US (TitanMagazines.com) and UK (TitanMagazines.co.uk) Titan Magazines websites accept subscriptions to New Zealand addresses. The former is noticeably cheaper! The prices are US$44.95 (approximately NZ$60) to get it shipped from the US, or £41.95 to get it shipped from the UK (which equates to about NZ$115, although the exchange rate is dancing around by the minute at the moment) – for this you get “6 issues including 1 special issue”.

Previous: Making 2007 A Star Wars Christmas
Next: Vader Balloon in the Waikato