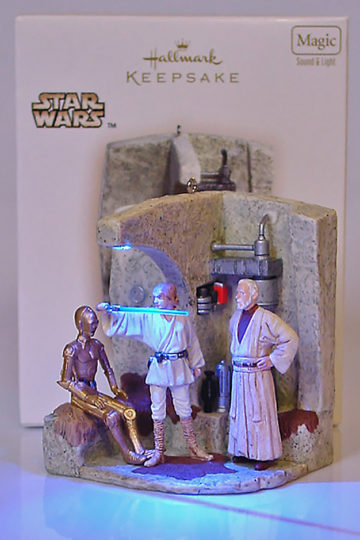 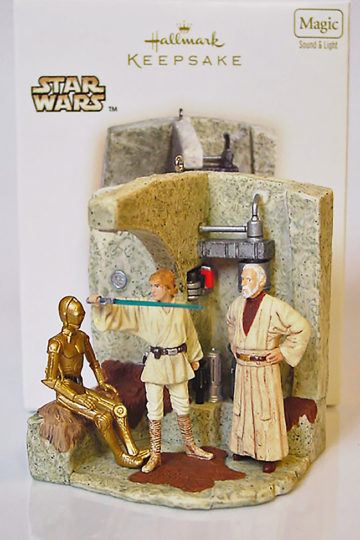 When it comes to stores starting the Christmas merchandising season early, a few of the usual suspects have already been doing it for a number of weeks now. December starts tomorrow, so the countdown is now valid, and there is one area in particular that you might be keen to be keeping an eye out for Christmas decorations – PaperPlus stores have Star Wars Hallmark Keepsake ornaments (for about $18.99), including the battery-powered “magic sound and light” versions. Shown above is a classic A New Hope scene captured as a tree decoration – when activated, it cycles through a number of sound samples, and a hidden LED simulates a glowing lightsaber blade.

Previous: Upcoming Swap Meet – ‘Underpants on the Outside’
Next: Rena Owen as Taun We